HAWAII - A new livestream showing the lava eruption at Fissure 3 on Mauna Loa's Northeast Rift Zone has been posted on YouTube by the USGS Hawaiian Volcano Observatory. 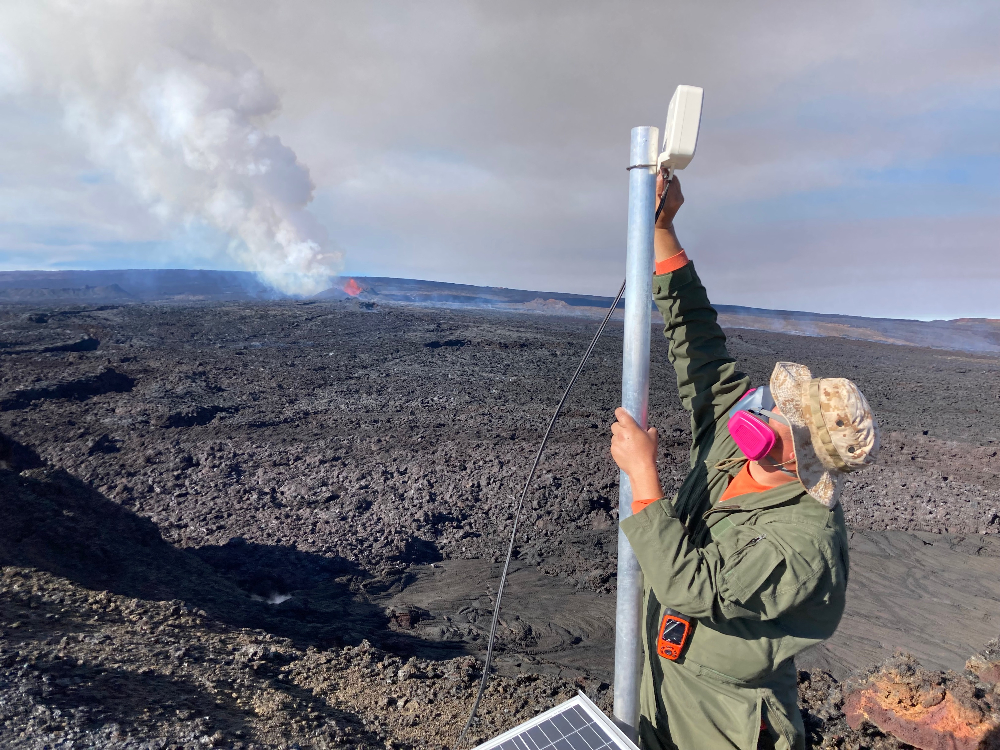 (BIVN) – The USGS Hawaiian Volcano Observatory has launched another webcam to track the volcanic activity at Mauna Loa, and this time its full video livetreaming to YouTube.

The live video shows lava erupting from fissure 3 on the Northeast Rift Zone of Mauna Loa. The camera is located east of fissure 3 and looks west, the USGS says.

“The webcams are operational 24/7 and faithfully record the dark of night if there are no sources of incandescence or other lights,” a disclaimer to the USGS video stated. “Thermal webcams record heat rather than light and get better views through volcanic gas. At times, clouds and rain obscure visibility. The cameras are subject to sporadic breakdown, and may not be repaired immediately. Some cameras are observing an area that is off-limits to the general public because of significant volcanic hazards.”

According to today’s update from the USGS:

The Northeast Rift Zone eruption of Mauna Loa continues, with little change over the past 24 hours. One active fissure, fissure 3, is feeding a lava flow downslope. Fissures 1, 2, and 4 are no longer active.

Fissure 4 is no longer active; HVO geologists observed only glowing cracks in the area of fissure 4 during the eruption monitoring overflight this morning.

Sulfur dioxide (SO2) emission rates of approximately 180,000 tonnes per day (t/d) were measured on December 1, 2022, and remain elevated. Volcanic gas plumes are lofting high and vertically into the atmosphere before being blown to the west at high altitude, generating vog in areas downwind. Vog information can be found at here.

Pele’s hair (strands of volcanic glass) fragments are being wafted great distances and have been reported as far Laupāhoehoe.