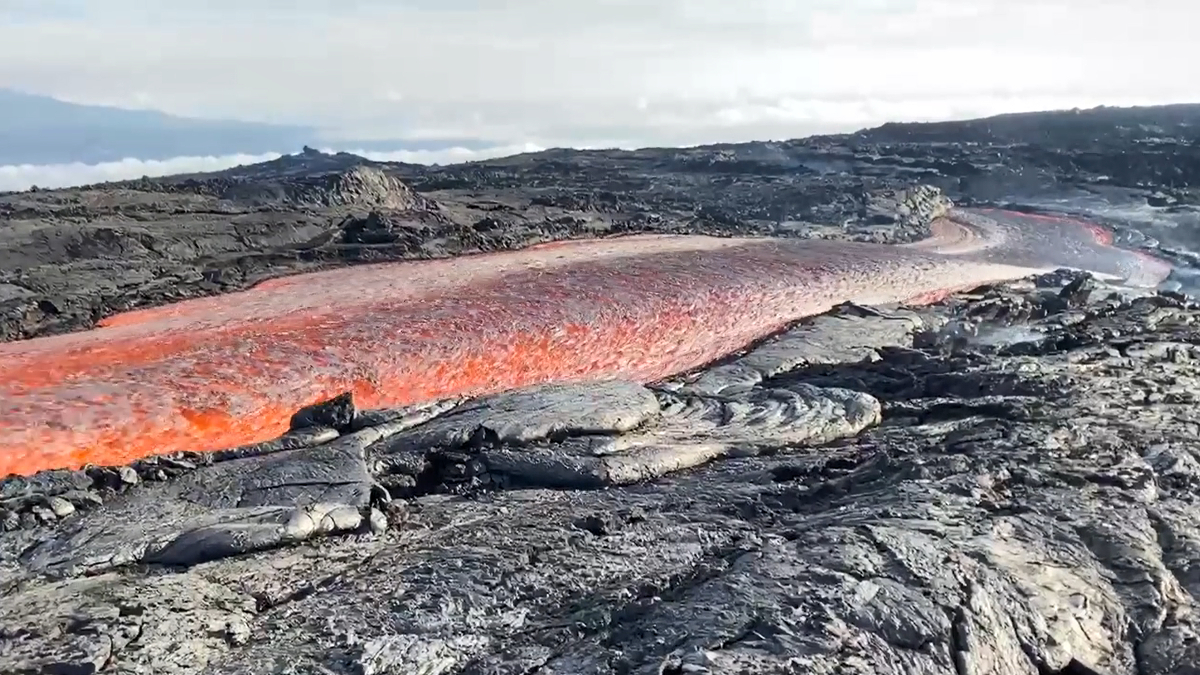 USGS: “Image of the fissure 3 lava channel near the vent, high on the Northeast Rift Zone of Mauna Loa. Near the vent, the lava flow velocity has been measured at 32-39 feet per second (10-12 meters per second) within the lava channel.” (USGS image by M. Patrick)

HAWAIʻI ISLAND - A significant breakout from the lava channel has been observed about 2.8 mi (4.5 km) behind the tip of the main flow on the east side, officials say. 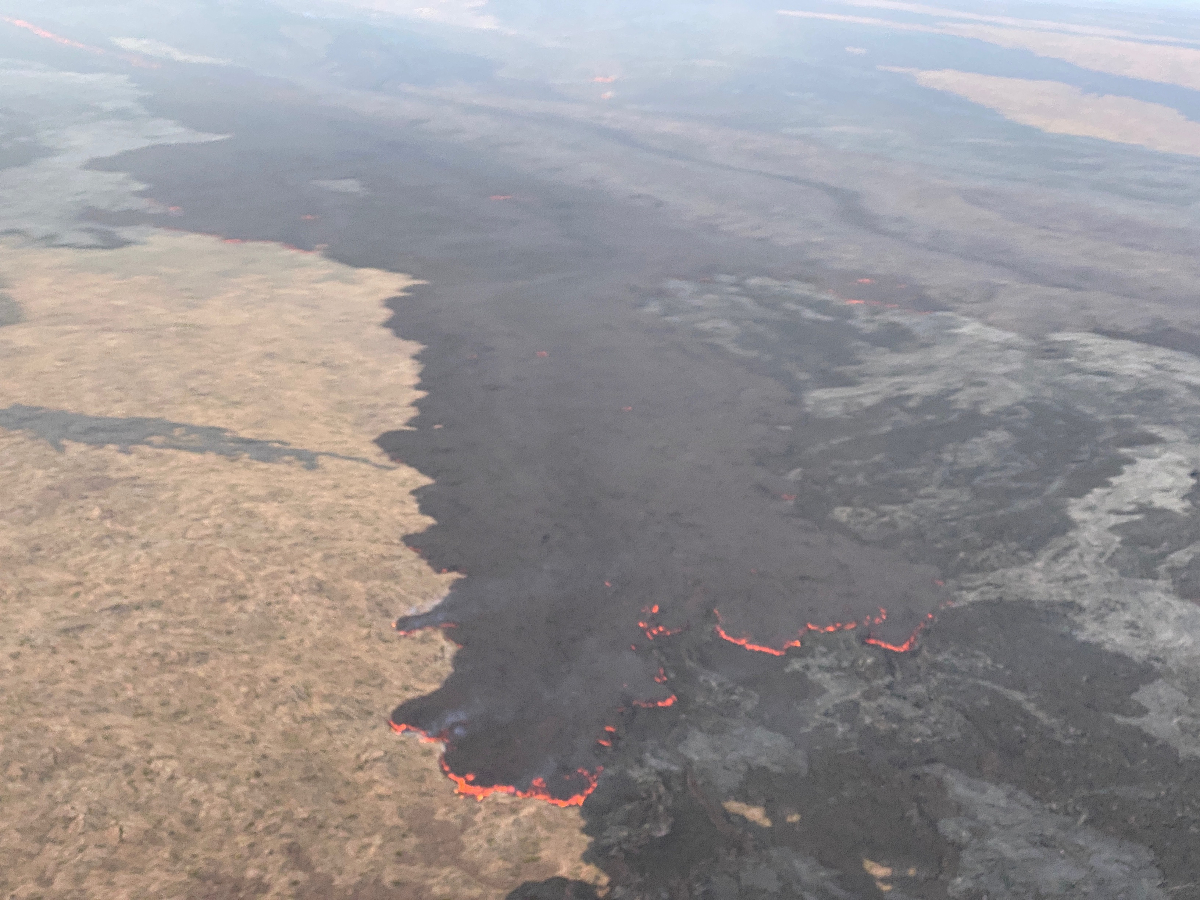 USGS: “The Northeast Rift Zone eruption of Mauna Loa continues the morning of December 7, 2022. This image, taken during a morning overflight, shows an overflow from the main channel several kilometers upslope from the lava flow front.” (USGS image by F. Trusdell)

From the USGS Hawaiian Volcano Observatory at 8:59 a.m. HST:

As of 6:00 a.m. today, December 7, the flow front was about 1.8 mi (2.9 km) from the Daniel K. Inouye Highway (Saddle Road). The flow advanced only a small distance since midnight possibly due to a significant breakout removing lava from the channel about 2.8 mi (4.5 km) behind the tip of the main flow on the east side. During the past 24 hours, the main flow has advanced at an average rate slower than 20 feet (6 meters) per hour. The lava flow remains active and is continuously supplied from the fissure 3 vent. HVO crews have installed a new webcam to view the front of the main flow. 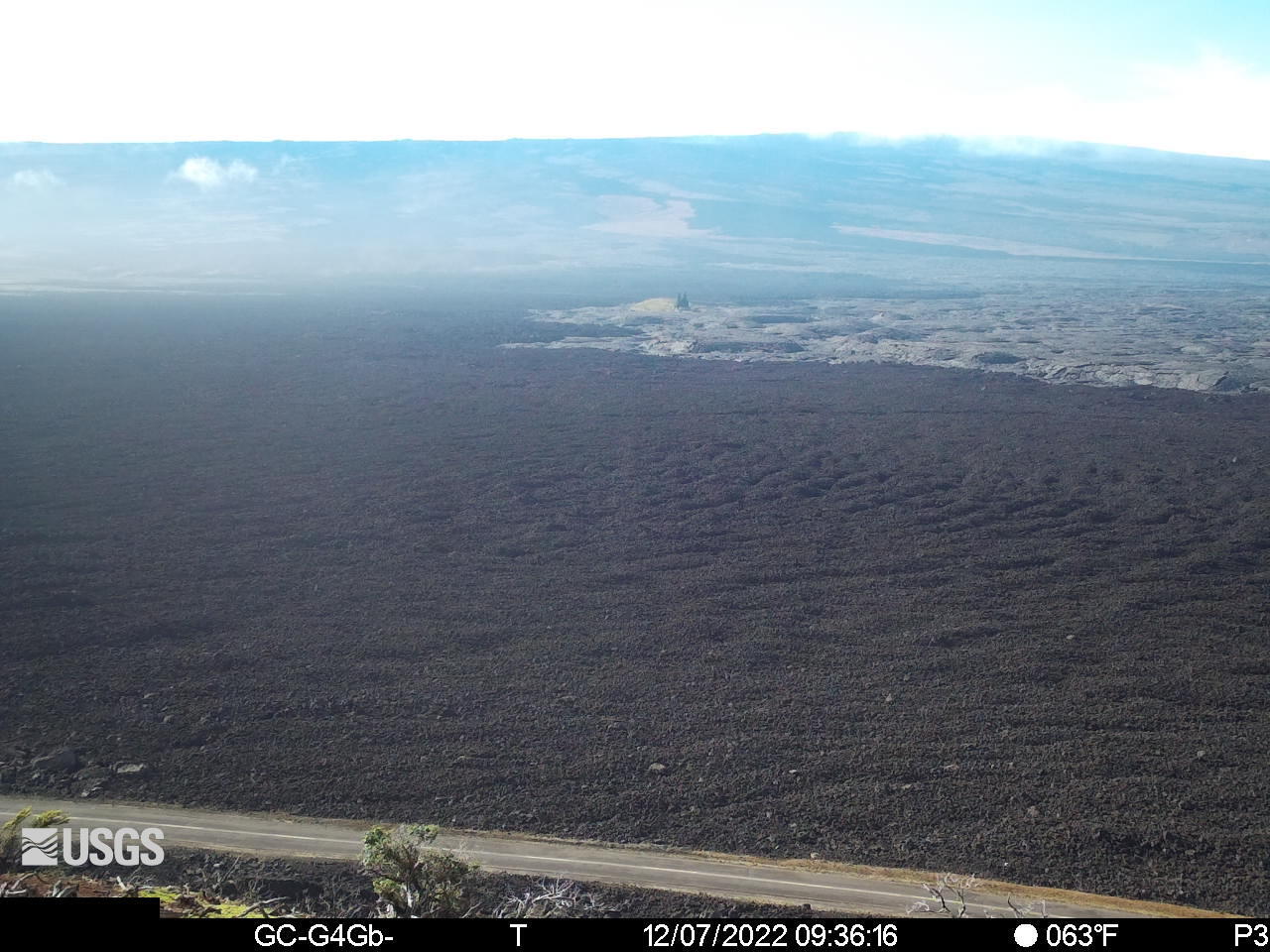 USGS: Image of fissure 3 erupting on the Northeast Rift Zone of Mauna Loa volcano from the new USGS webcam

Sulfur dioxide (SO2) emission rates of approximately 120,000 tonnes per day (t/d) were measured on December 4, 2022, and remain elevated at this time.