KAʻU, Hawaiʻi - The fascinating history of coffee growing in the Kaʻu region of Hawaiʻi island is now available for viewing on YouTube. 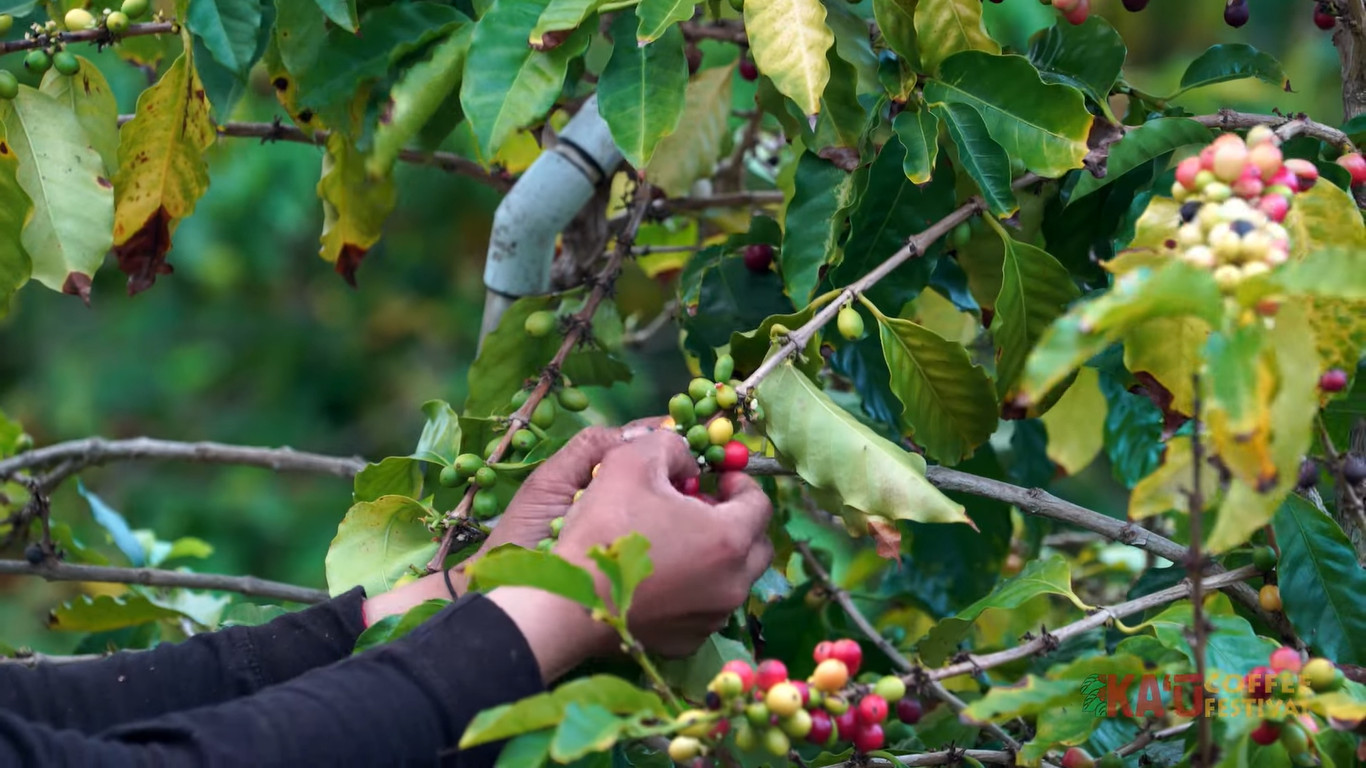 (BIVN) – A new, 20-minute documentary on Kaʻu Coffee has been published to YouTube.

From the press release announcing the new video, courtesy the Kaʻu Coffee Festival:

Find out how former sugar workers reinvented themselves to grow award-winning Ka‘u coffee in a new, 20-minute film available via YouTube.

Presented by the Ka‘u Coffee Festival and Hawai‘i Tourism Authority, “The History of Ka‘u Coffee” shares the pioneering spirit and challenges of coffee growers in the state’s largest agricultural region that sprawls windward to leeward on the southern half of Hawai‘i Island. Videography is by Ruslan Kuznetsov and Hawaiian music is provided by the Keaiwa band of Ka‘u.

Using historic photos, the film opens to illustrate how Ka‘u sugar plantations laid the framework for everyday life in Ka‘u, providing the community’s economic engine and infrastructure for decades. When the last plantation closed in 1996, some residents decided to grow coffee, and the film reveals why through interviews. The prospective growers got USDA grants for seed money, which helped them transition from a plantation system to private enterprise, where farmers were in charge of their own success.

The compelling documentary chronicles the early challenges faced by Ka‘u growers. However, a turning point in the fledging coffee industry was when 15 samples of Ka‘u coffee entered the 2007 Specialty Coffee Association of America (SCAA) Competition. Two entries placed sixth and ninth in the worldwide field of entries.

“Ka‘u coffee became front page news and talked about within the international specialty coffee scene,” says Manfredi on camera. “This success brought a resurgence in community pride.” Manfredi details how farmers rolled up their sleeves and returned to their abandoned fields. “We hired consultants who taught Ka‘u growers best farming practices, how to ID bean defects and store coffee.” He adds the collective goal among the growers was to offer a higher volume of Ka‘u coffee to attract buyers.

The film conveys how five subsequent SCAA Coffee of the Year Awards put Ka‘u on the world-class coffee map. The Ka‘u Coffee Festival debuted in 2009 to promote and celebrate the now famous brew, its premium coffee origin and the Ka‘u District as a visitor destination. Footage reveals how the festival offers opportunities to meet the growers and sample coffee, take a farm tour, learn how to brew coffee a variety of ways, and immerse in the community over 10 days of activities like stargazing, a ranch tour and an indoor-outdoor ho‘olaule‘a celebration with local hula, Hawaiian music and local non-profits selling broke-da-mouth food.

The film is dedicated to the spirit of hard-working Ka‘u coffee growers—past, present and future—and ends with a message of hope for Ka‘u coffee farming to successfully continue in the verdant valleys of Ka‘u while keeping Ka‘u families connected to the land. Watch it at (youtube.com).

For info and additional 2022 virtual Ka‘u Festival offerings, visit www.KauCoffeeFest.com and follow K’au Coffee Festival on facebook and @kaucoffeefest on Twitter and Instagram. Support is provided by Hawai’i Tourism through the Community Enrichment Program.

About the Ka‘u Coffee Festival: Founded in coffee traditions dating to the 1800s—Ka‘u coffee burst onto the specialty coffee scene by winning numerous coffee quality awards. These accolades highlight the unique combination of people and place that makes Ka‘u coffee a favorite across the globe. Held annually, the mission of the Ka‘u Coffee Festival is to raise awareness of Ka‘u as a world-class, coffee-growing origin.