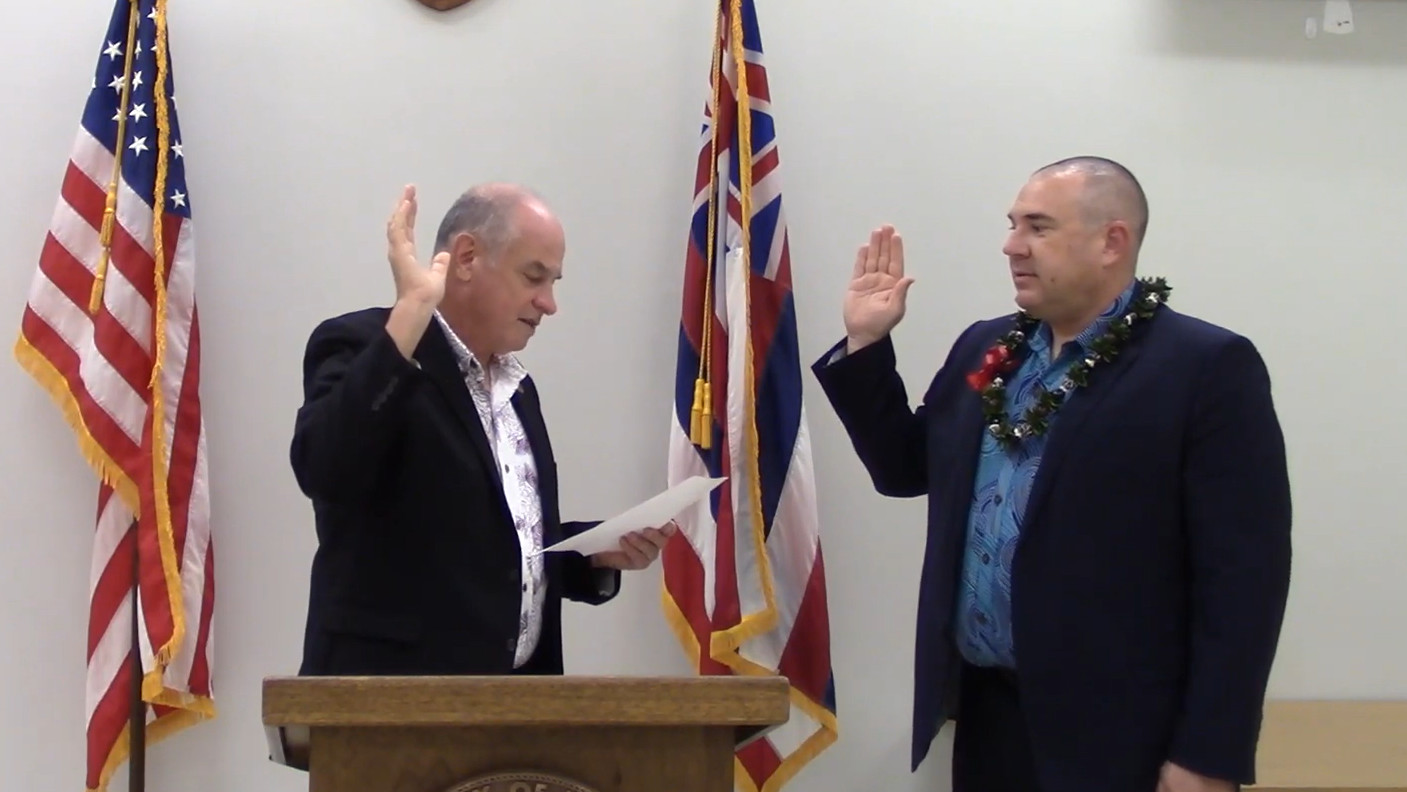 (BIVN) – Newly-appointed Police Chief Benjamin Moszkowicz was sworn in to lead the Hawaiʻi County Department during a private ceremony in Hilo that was livestreamed over social media.

Mayor Mitch Roth administered the oath to Moszkowicz, who begins his tenure on January 17th.

A larger, in-person swearing in ceremony will take place at the West Hawai‘i Civic Center on Friday, January 20, at 1:30 p.m.

“I’m eager to get started,” says Chief Moszkowicz in a news release. “I’m looking forward to getting to know the communities of Hawai‘i Island, as well as working with our community partners and members of the department to find ways to collaborate on shared challenges.”

The Hawai‘i County Police Commission named Moszkowicz as chief on December 16, 2022. Chief Moszkowicz comes to Hawai‘i Island from Honolulu Police Department, where he most recently served as Major in the Traffic Division. During his 22-year tenure with Honolulu Police Department, he served in every division from patrol watch commander to overseeing the 60-member Police Mountain Bike Team, to managing the Information Technology Division and Human Resources Division. In addition to being a certified Drug Recognition Expert and Instructor, Moszkowicz was honored with the first-ever Mothers Against Drunk Driving (MADD) Hawaii Lifetime Achievement Award for his tireless dedication to preventing impaired driving through education and enforcement. A graduate of the FBI National Academy, Moszkowicz holds a Bachelor of Art’s Degree in Public Administration with a specialization in Justice Administration from the University of Hawaii – West Oahu and a Master of Science Degree in Law Enforcement and Public Safety Leadership from the University of San Diego.

In the news release, Moszkowicz added, “I want to convey to the community that I’m approachable. Recognizing that people might have a hard time pronouncing my last name, I want the community to know they can call me Chief Ben.”