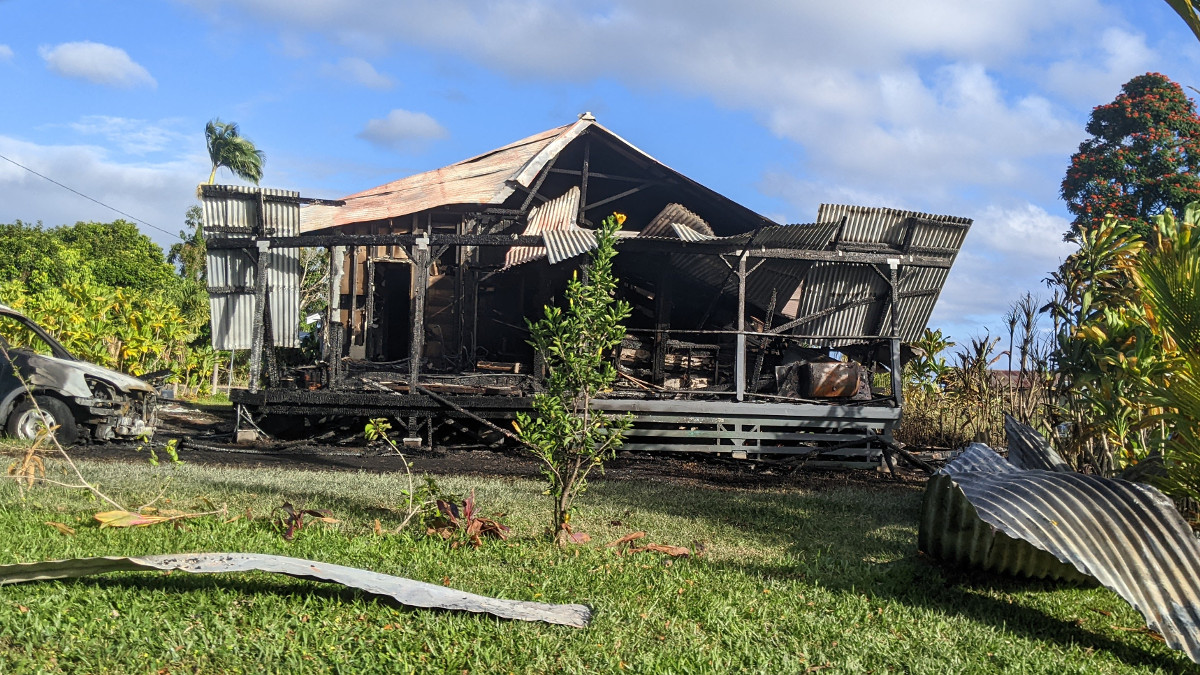 Photo of the burned home on West Kawailani Street in Hilo

HILO, Hawaiʻi - As firefighters fought to suppress the fire, a victim was found dead in front bedroom of the burning West Kawailani Street home.

Firefighters responded to the residential structure fire at 3:14 a.m. HST. On arrival, firefighters saw flames venting from the front of the 40’x30′ home. A neighbor reported there was an occupant inside the burning building.

The Hawaiʻi County Fire Department said the “initial offensive attack was initiated with other responding companies supporting for search and exposure protection.” A partial collapse of the building occurred as the firefighting units arrived.

“Units were able to get the fire under control and a primary search resulted in negative findings,” the fire department reported. “However, after the collapsed area was partially cleared during suppression efforts, fire personnel discovered a victim in a front bedroom. The fire was completely extinguished and the scene was turned over to HPD and Fire Inspectors for further investigation.”

The cause of the fire is under investigation. The victim has not been publicly identified.

Hawaiʻi Police closed Kawailani Street between Kanoelani Street and Anela Street for several hours due to the fire. The road is now open.