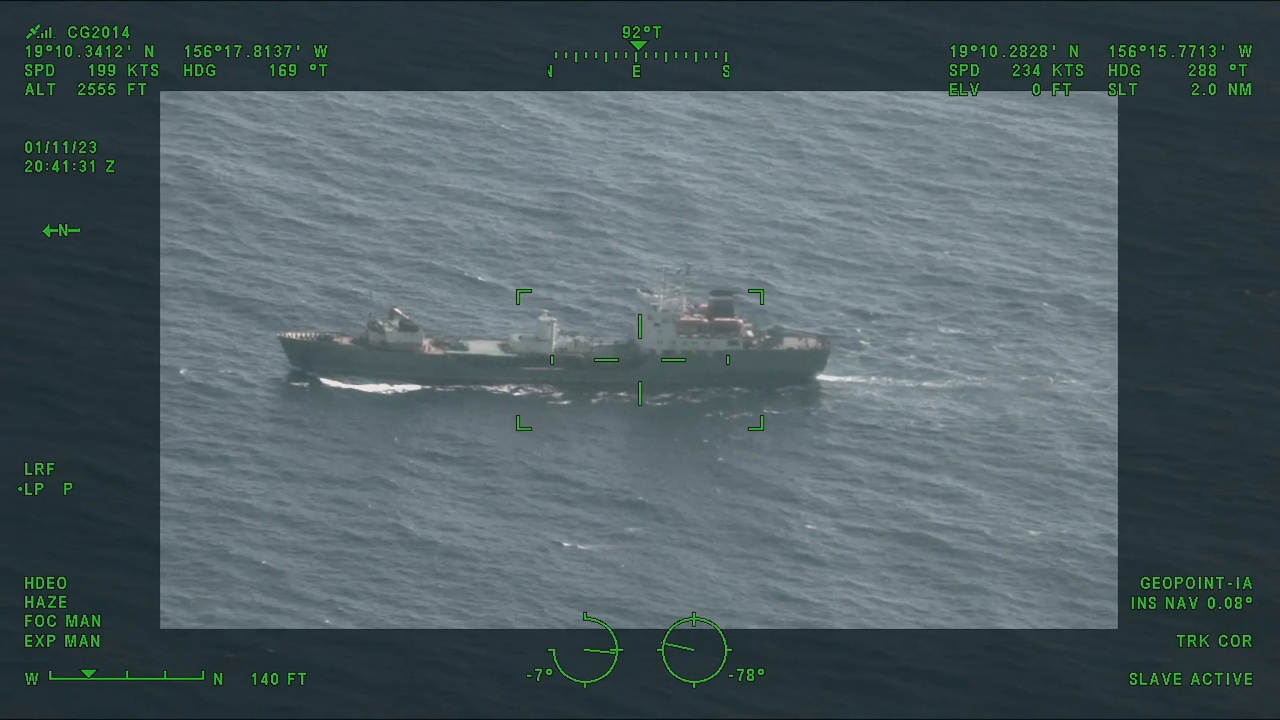 image from video by the U.S. Coast Guard District 14 Hawaiʻi

HAWAIʻI - The U.S. Coast Guard says the Russian vessel, believed to be an intelligence gathering ship, has been seen off the coast of the Hawaiian Islands in recent weeks. 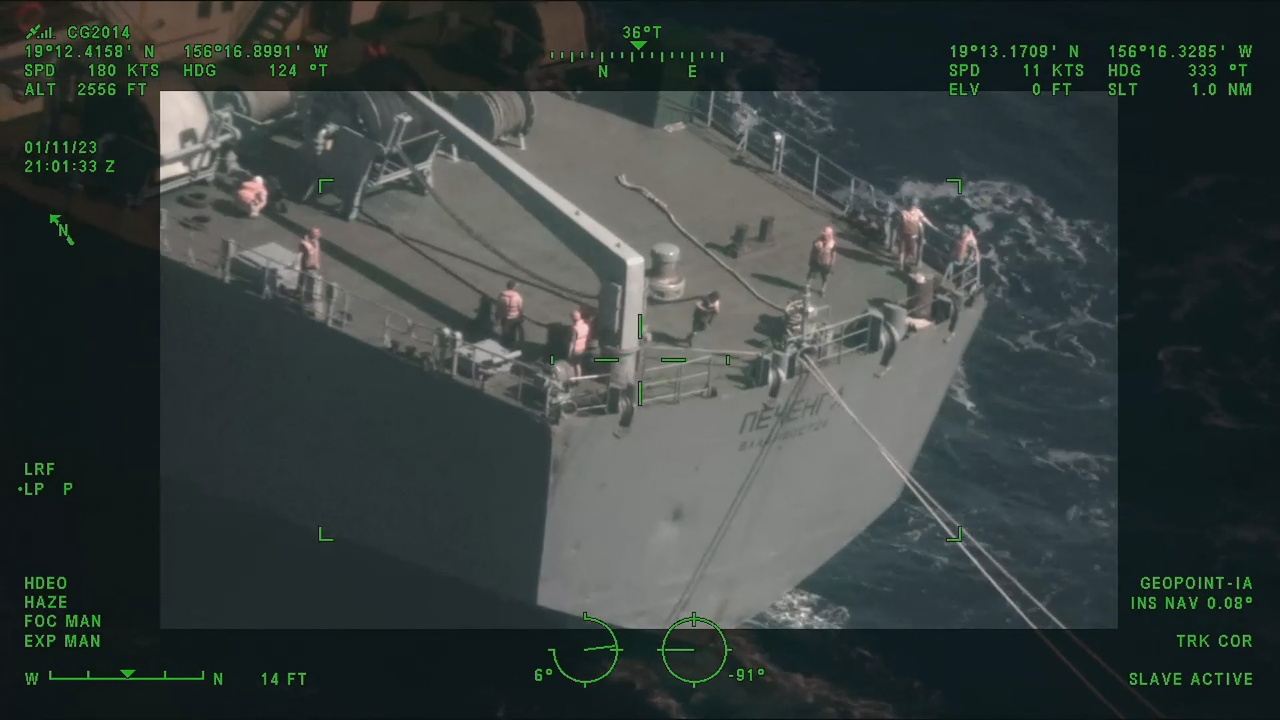 image from video by the U.S. Coast Guard District 14 Hawaiʻi

(BIVN) – The U.S. Coast Guard on Wednesday issued a news release reporting that it has been tracking a Russian vessel off the coast of Hawaiʻi.

The USCG also released video of the vessel, and posted the footage to the U.S. Defense Visual Information Distribution Service, or DVIDS.

In recent weeks, the U.S. Coast Guard has continued to monitor a Russian vessel, believed to be an intelligence gathering ship, off the coast of the Hawaiian Islands.

The Coast Guard continues to coordinate with Department of Defense partners, providing updates to foreign vessel movements and activities and to appropriately meet presence with presence to encourage international maritime norms.

“The U.S. Coast Guard is currently monitoring the Russian vessel operating in the vicinity of Hawaii,” said Cmdr. Dave Milne, chief of External Affairs. “As part of our daily operations, we track all vessels in the Pacific area through surface and air assets and joint agency capabilities.

The Coast Guard operates in accordance with international laws of the sea to ensure all nations can do the same without fear or contest. This is especially critical to secure freedom of movement and navigation throughout the Blue Pacific.”