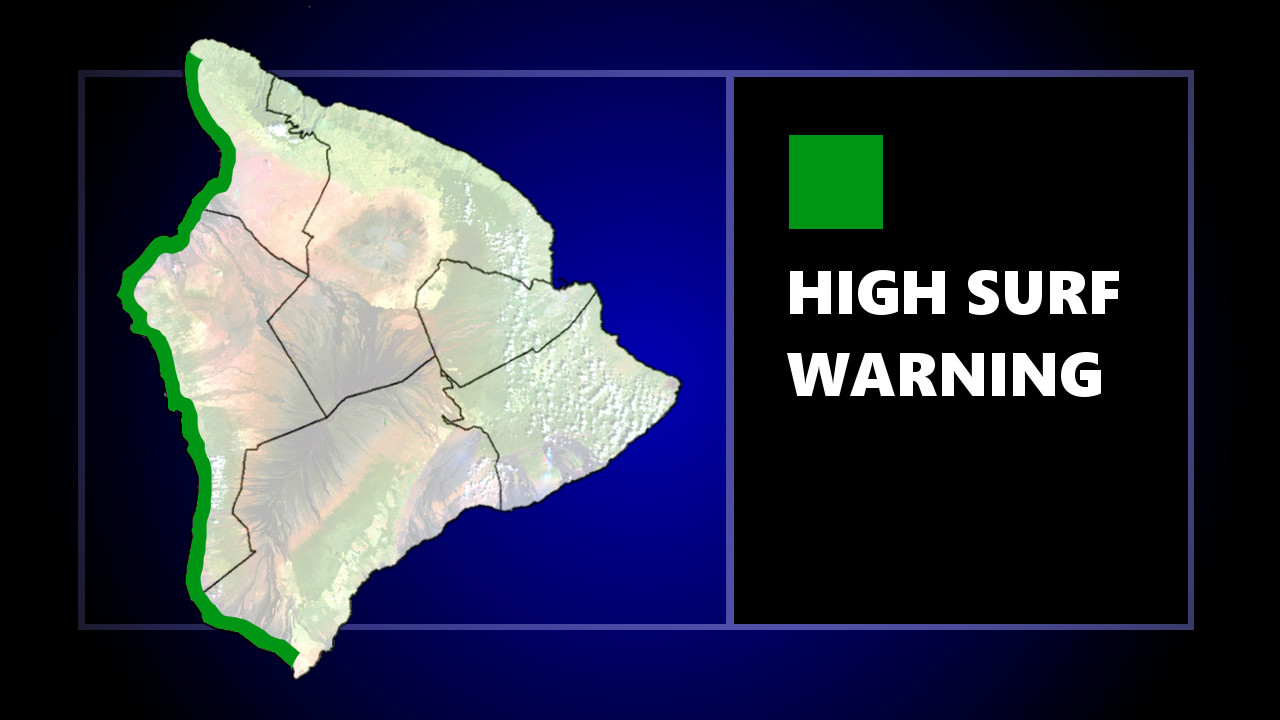 HAWAIʻI ISLAND - Waves of 12 to 16 feet will continue along west facing shores of the Big Island into Monday evening.

(BIVN) – A High Surf Warning continues to be in effect for west-facing shores of Kona and Kohala on Hawaiʻi island, and a popular beach park was closed on Monday.

The Hawaiʻi County Civil Defense announced that Kahaluʻu Beach Park is closed, and other beaches and roads may be closed without notice, as a powerful northwest swell will produce extra large surf today.

“Expect waves to surge and sweep across beaches and coastal areas, especially during high tide periods,” the Civil Defense message said. “Beach-goers, swimmers, and surfers should exercise caution and heed all advice given by Ocean Safety Officials.”

Dangerously large breaking waves of 25 to 40 feet are impacting the smaller Hawaiian island, however Hawaiʻi island is only seeing wave heights of 12 to 16 feet along west facing shores.

The National Weather Service in Honolulu says the High Surf Warning will be in place until 6 p.m. this evening.