Kohala Coast, Hawaii – Big Island police have arrested a Washington man for murder in connection with a fatal domestic disturbance at a resort on the Kohala Coast.

Police say Zimmerman and Brockert were registered at the resort together. The Big Island News Center is reporting that the incident occurred at the Fairmont Orchid, citing sources outside the police department.

Hawaii County Police offered these details in a media release issued on Tuesday:

At 11:18 p.m. Monday (May 23), South Kohala police responded to an emergency call at a resort on North Kaniku Drive. They learned that resort employees had received calls from guests reporting screams coming from a guest room. Resort security and staff rushed to the room, where one of them witnessed a woman inside being struck on the head with an object. The employees obtained entry into the room, called 911 and held the suspect until police arrived.

Fire Rescue personnel took the woman to North Hawai’i Community Hospital, where she was pronounced dead at 12:23 a.m. Tuesday.

An autopsy has been ordered to determine the exact cause of Brockert’s death.

Zimmerman is being held at the Kona police cellblock on suspicion of second-degree murder while detectives from the Area II Criminal Investigations Section continue the investigation. 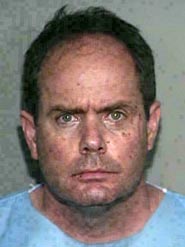 UPDATE: (from Hawaii County Police Dept.) Big Island police have charged a Bellevue, Washington, man with murder and other offenses in connection with a fatal domestic disturbance at a resort on the Kohala Coast late Monday (May 23).

He remains in custody at the Kona police cellblock pending his initial court appearance on Thursday (May 26).