Media release and video by Hawaii County Office of the Mayor: HILO, Hawaii: Hawai‘i Island is rich in resources to address our energy needs. All that is needed is cooperation and initiative to make the move to 100% renewable energy, agreed all the speakers at the unveiling of the Geothermal Working Group’s final report today […]

Media release and video by Hawaii County Office of the Mayor:

HILO, Hawaii: Hawai‘i Island is rich in resources to address our energy needs. All that is needed is cooperation and initiative to make the move to 100% renewable energy, agreed all the speakers at the unveiling of the Geothermal Working Group’s final report today at Mayor Billy Kenoi’s office.

“Hawai‘i County should aim and commit to being 100 percent renewable,” Mayor Kenoi said. “Federal, state, county, community, we’re all in this together. We all recognize our commitment to our children and future generations and the quality of life on Hawai‘i Island.”

At the urging of the Hawai‘i State Legislature – Sen. Gil Kahele and Rep. Mark Nakashima were present and gave remarks at the unveiling – Hawai‘i County convened the Geothermal Working Group to map assets, discuss, examine, and make proposals to maximize geothermal energy toward the goal of making Hawai‘i Island and the State of Hawai‘i the leaders in renewable energy.

“On this island we spend over a billion dollars every year to import oil for our energy needs here on the island,” said Wallace Ishibashi, co-chair of the Geothermal Working Group. “That money can stay right here to build a better community.”

The group’s mission was to evaluate geothermal energy as the primary source of baseload power on Hawai‘i Island – that is, power that is reliably generated at a constant level. Though all renewable energy technologies do and will continue to play a role in Hawai‘i’s energy future, many renewable energy technologies such as solar and wind are not viable candidates to supply baseload power because of the fluctuating nature of their production.

Geothermal, however, has proven a very stable supply of power. Puna Geothermal Ventures’ 30 MW plant provides between 25 and 30% of the electricity on Hawai‘i Island. “When the sun doesn’t shine, when the wind doesn’t blow, geothermal is there,” Ishibashi said.

The report recommends that government play a more active role in the facilitation of geothermal development with a review of the permitting process, regulatory capabilities, and possible investment incentives. The report also suggests establishing a community advisory board to guide the use of geothermal royalties paid by geothermal energy producers.

Under state law, royalties paid by Hawai‘i Island geothermal energy producers are shared amongst the state Department of Land and Natural Resources (50%), the County of Hawai‘i (30%), and the state Office of Hawaiian Affairs (20%). The highest annual royalties to date were paid in 2009, a total of $3.1 million.

Mayor Kenoi spoke with Lt. Governor Brian Schatz shortly before the unveiling of the Working Group’s report, and he reported that both Governor Neil Abercrombie as well as the Lt. Governor reiterated their commitment to move forward, to remove barriers, to facilitate investment to maximize geothermal’s potential.

For a full copy of the report, go to http://www.hawaiicounty.gov/research-and-development 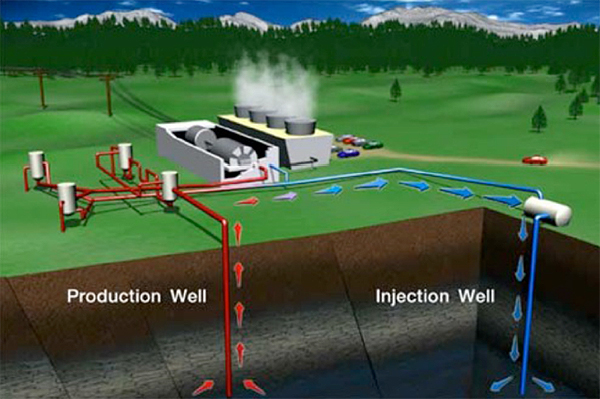