DeJarnette indicted, arrested for alleged murder of wife in 2006

Daniel DeJarnette, a reported former Los Angeles Police Department homicide detective, was arrested Monday, after a Grand Jury indicted him for murder in the 2006 death of his wife. 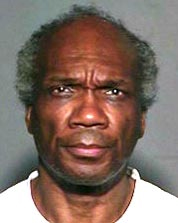 HAWAIIAN OCEAN VIEW ESTATES, Hawaii: Daniel DeJarnette, a reported former Los Angeles Police Department homicide detective, was arrested Monday, after a Grand Jury indicted him for murder in the 2006 death of his wife.

The 59 year old Ocean View resident is facing a charge of second-degree murder, five years after Yu DeJarnette was found dead on the side of a lava embankment near her home in the Hawaiian Ocean View Estates subdivision. Based on a preliminary investigation of the discovery by patrol officers on November 12, 2006, detectives were summoned and conducted a more thorough investigation. Police say an autopsy conducted on the victim indicated that she died from extensive head injuries. The case was reclassified from a home accident to a murder. Two days later, detectives arrested Daniel DeJarnette on suspicion of murder and held him in custody pending further investigation. But, after consulting with county prosecutors, he was released on November 16, 2006 pending additional investigation.

This Monday, a Kona Grand Jury indicted DeJarnette on one count of second-degree murder. His bail was set at $200,000. Police arrested him at his Ocean View home at 4:55 p.m. Monday and held him at the Kona police cellblock until his initial court appearance on Tuesday. DeJarnette reportedly pleaded not guilty to the charge. A trial date is set for October 30, 2012.

The LA Times reports that DeJarnette moved to the Big Island after his retirement from the LAPD in 2003. He joined the force in 1982, where he worked as a homicide detective.