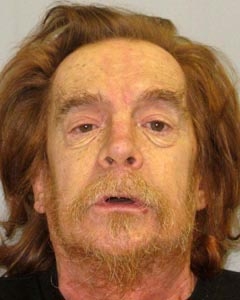 At 2:30 p.m. on Tuesday, July 10th, detectives from the Area II Criminal Investigations Section charged O’Leary with attempted murder, second-degree assault and eight firearms offenses. His bail was set at $68,000.

Police described the incident in greater detail in an earlier news release:

Kona patrol officers responded to the 92-8000 block of Reef Parkway in Hawaiian Ocean View Estates after dispatchers received a 3:25 p.m. call Sunday reporting a gunshot. When they arrived, O’Leary was waiting for them in the roadway.

Police learned that the victim, a 66-year-old Ocean View man, had already been taken by ambulance to Kona Community Hospital.

Investigation revealed that the victim and suspect had been longtime acquaintances. The victim had gone to O’Leary’s house, where O’Leary reportedly fired several shots. One of the bullets hit the victim in his right upper thigh.

The victim struggled with O’Leary and took away his firearm. O’Leary than reportedly grabbed a bat and used it to hit the victim on the elbow. The victim drove away in his car with the gun, went home and called 911. He was taken to the Kona hospital, where he was treated and later released.

Police recovered the weapon, identified as a .22 caliber revolver.