HILO, Hawaii – Hawaii County Police held a press conference in Hilo on Tuesday to announce that they have solved the case of the murder of 25-year-old Brittany-Jane Royal. Police say Royal was strangled to death by her boyfriend, 22-year-old Boaz David Johnson. A handful of journalists representing Big Island based newspaper, TV and internet media […]

HILO, Hawaii – Hawaii County Police held a press conference in Hilo on Tuesday to announce that they have solved the case of the murder of 25-year-old Brittany-Jane Royal. Police say Royal was strangled to death by her boyfriend, 22-year-old Boaz David Johnson.

A handful of journalists representing Big Island based newspaper, TV and internet media attended the police briefing. Assistant Chief Henry Tavares put an end to the rumors that have persisted ever since a corpse was found hanging from a tree in Kalapana. The dead body was Boaz Johnson, and police say a notebook found at the scene contained a written confession and intent to commit suicide. 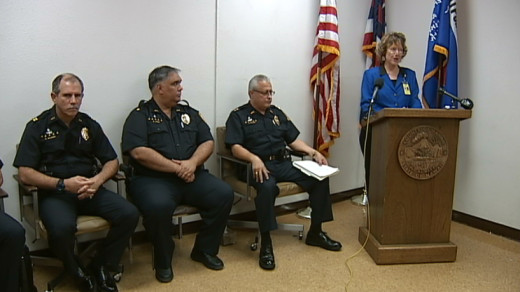 Police issued this media release detailing the latest break in the investigation.

The active investigation into the strangulation death of 25-year-old Brittany-Jane Royal has concluded with a determination that she was murdered by her boyfriend, 22-year-old Boaz David Johnson.

On December 18, a Grand Jury indicted Johnson for second-degree murder. At that time, a Circuit Court judge issued a warrant for Johnson’s arrest and sealed the indictment—at the request of police and prosecutors—to give state and federal law enforcement agencies the opportunity to locate and arrest Johnson. That indictment has now been unsealed.

Meanwhile, a body found hanging from a tree in Kalapana on January 2 has been identified as Boaz David Johnson. A private forensic laboratory confirmed the identity by comparing DNA from the body with a known sample of Johnson’s DNA. Johnson’s identity was also confirmed using dental records.

A composition book was found near Johnson’s body. In three handwritten pages, the writer—who identified himself as Boaz Johnson—confessed to strangling Royal while involved in a domestic dispute and to throwing her body into the ocean. He also indicated his intention to end his life.

A forensic document examiner determined that the writing in the composition book came from Boaz Johnson.

An autopsy on Johnson’s body revealed that the cause of death was asphyxia due to hanging and the manner of death was suicide. The medical examiner ruled out foul play.

This investigation began on May 28, 2013, at approximately 6:30 a.m., when police and firefighters responded to a report of a body caught in a fishing line in waters off Kalapana. The body was identified through fingerprints as Brittany-Jane Royal, who had recently moved to Hawaiʻi from Tustin, California, and was living in the Kalapana area with Boaz Johnson, who had recently moved to Hawaiʻi from Petersburg, Alaska.

Investigation revealed that after Royal’s body was found, Johnson said in a telephone conversation with a friend that he and Royal were in good health and were on their way to Hilo. That phone call, in addition to DNA and other evidence found at the crime scene, made Johnson an early suspect in Royal’s murder.

Throughout the investigation, police followed all leads in this case, including investigation that was able to exclude other individuals as being responsible for Royal’s death.

The case is still officially open because detectives have minor follow-ups to conduct before the Office of the Prosecuting Attorney conducts a final review.Hawaii County Police media release, Jan. 21, 2014

The murder case has gotten national attention. The American public has been intrigued by the story of the young couple looking to build a new life, and a new family (Royal was reportedly pregnant), on the remote lava fields of Kalapana on the Big Island of Hawaii. For months after discovery of Royal’s body and the disappearance of Johnson, locals and visitors wondered who could have committed the horrific crime.

On Tuesday, Royal’s father Ted and her grandfather Jerry Spahn were both present during the press conference. Ted Royal thanked the police, as well as Hawaii, Southern California, and national media for keeping the story alive while detectives worked to solve the case.