KAILUA-KONA, Hawaii – Four malnourished Hawaiian monk seals from the Northwestern Hawaiian Islands have become the first patients at The Marine Mammal Center’s new Hawaiian monk seal hospital in Kona. The facility – located at NELHA – is dedicated to the rescue and care of this critically endangered species.

The seals were collected by a NOAA Fisheries crew during a 26-day cruise in the Papahānaumokuākea Marine National Monument. Researchers monitor the seal population in the region and intervene to improve monk seal survival. The seals were hauled to the Big Island by way of the NOAA Research Vessel Hi‘ialakai. 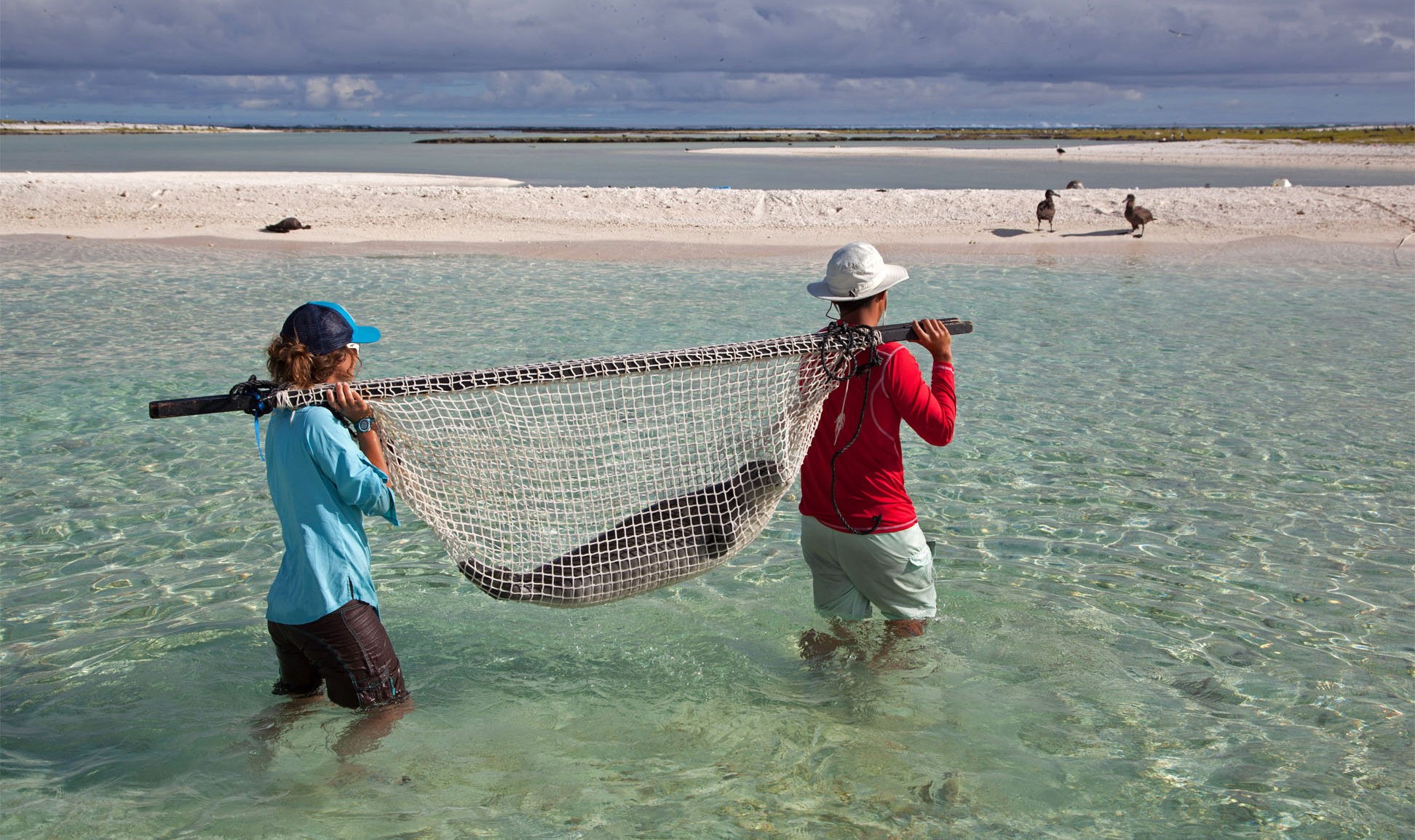 This Marine Mammal Center media release goes into detail about the process:

Interventions include disentangling seals from marine debris, reducing shark predation, moving seals to areas of higher survival in the Northwestern Hawaiian Islands, and more. Field researchers will be conducting their work at these remote field camps until September.

NOAA Fisheries has recently received a new permit that allows them to rehabilitate undernourished monk seals in medical facilities and then return them to the NWHI. Four monk seals were collected at Midway Atoll, Pearl and Hermes Reef, and French Frigate Shoals and are being transported to the brand-new hospital.

The seals, two yearling females, one female weaned pup and one male weaned pup, were all underweight for their age and thus less likely to survive. This is especially true for the two weaned pups, who likely would not have survived their first year of life.

These seals will be the inaugural patients for the hospital and will be fed and cared for over the next two months before being returned to the Northwestern Hawaiian Islands.

“This is an incredibly exciting time for monk seal recovery,” says Dr. Charles Littnan, lead scientist for NOAA Fisheries Hawaiian Monk Seal Research Program. “In the past, we would have had to leave these animals behind in the Northwestern Hawaiian Islands, and they would have almost certainly died. Now they get a second chance to live, grow and ensure the future of their species.”

Caring for and rehabilitating monk seals in captivity is not easy, and there is a tremendous amount of work that needs to be done over the next two months. “Time is of the greatest essence, and these seals have a steep road ahead if they are to survive,” says Dr. Michelle Barbieri, a marine mammal veterinarian working with The Marine Mammal Center and NOAA.

“Care for our new patients began the moment they were brought aboard the ship, and Ke Kai Ola will provide the healing environment to help them make it through the difficult weeks ahead,” Barbieri says. “We will continue working around the clock to give these animals the medical support and nutrition they need before they are returned to the Northwestern Hawaiian Islands.”

Hawaiian monk seals have been on the decline for decades, and the current population of fewer than 1,100 individuals is declining by 3 to 4 percent annually. Fewer than one in five Hawaiian monk seal pups in the Northwestern Hawaiian Islands survive their first year due to threats like entanglement in ocean trash, changes in the food chain and predation.

Despite dwindling numbers of seals, NOAA Fisheries has made a large impact in slowing the species decline. Up to 30 percent of the monk seals alive today are here because of NOAA and their other partners’ recovery efforts. And now more seals will benefit from the opening of this hospital.

The Marine Mammal Center will use a strong community volunteer base for rescues of injured and sick seals in and around the Hawaiian Islands, and for animal husbandry at the new hospital. While the Kona-based hospital will not be open to the public (monk seals at the hospital are ill and critically endangered), the Center will ultimately conduct public outreach programs to provide education about Hawaiian monk seals and conservation efforts.

“We built this hospital to help save a species,” says Dr. Shawn Johnson, director of veterinary science at The Marine Mammal Center. “Now that we have opened Ke Kai Ola’s doors to our first patients, we can focus on providing vital care for this critically endangered and iconic marine mammal species.”

Learn more about Hawaiian monk seals and how you can support their ongoing care at the new Hawaiian Monk Seal Hospital by visiting http://www.marinemammalcenter.org/hms. 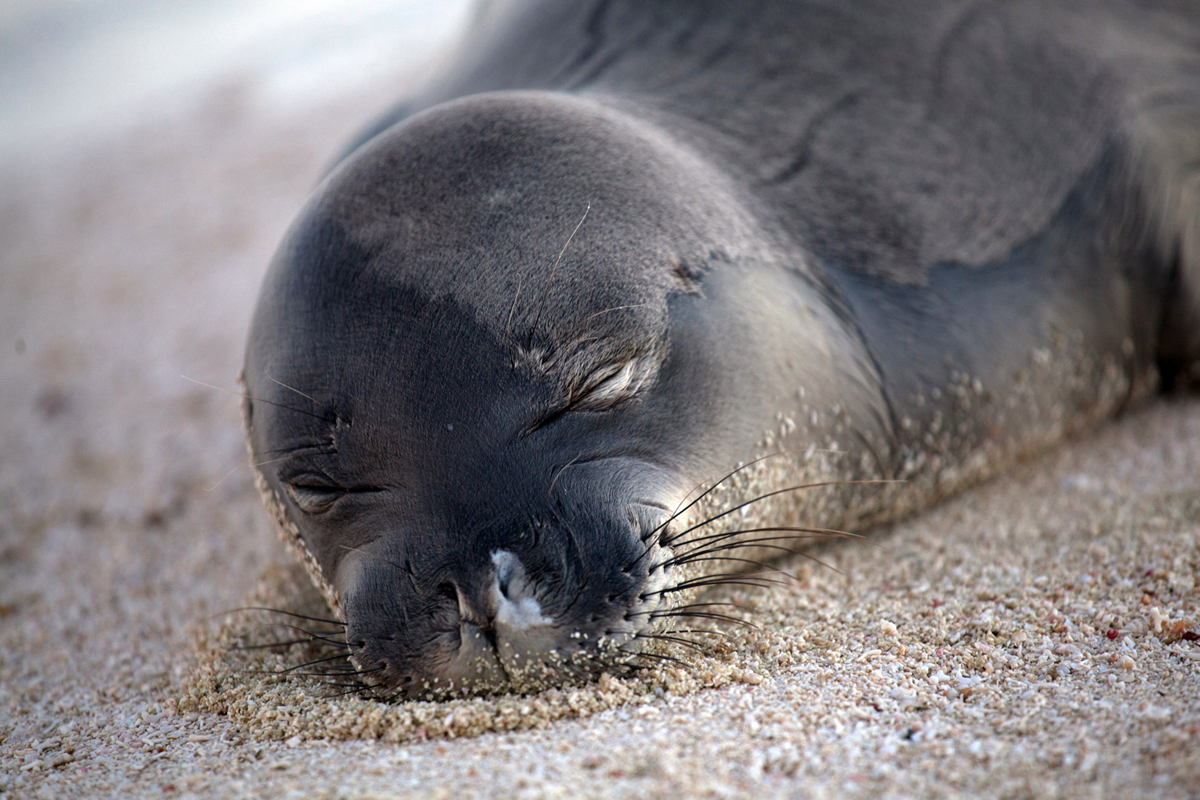