VIDEO: On the Ground – Nanawale Pulls Together

We filmed volunteers giving out ice and water and witnessed volunteer crews cutting through tons of fallen albizia.

NANAWALE ESTATES, Hawaii – On Wednesday, our camera was in Nanawale Estates, where we continued to document the ongoing effort to assist Puna following the devastating Tropical Storm Iselle. We filmed volunteers giving out ice and water at the subdivision’s Community Center. Donations of fresh produce were also being accepted. Within Nanawale’s many side roads, both county contracted and volunteer crews continued to cut and clear tons of fallen albizia trees.

The Hawaii Army National Guard has also been spending a lot of time in Nanawale, where guardsmen partnered with civil authorities and went through neighborhoods hit by Iselle to assess damage, and distribute news.

On the same day, just outside the subdivision, Highway 132 remained closed as crews continued to work the tree-covered roadway.

Later that day, Governor Neil Abercrombie arrived on the island, visiting the Community Center and other damaged homes. 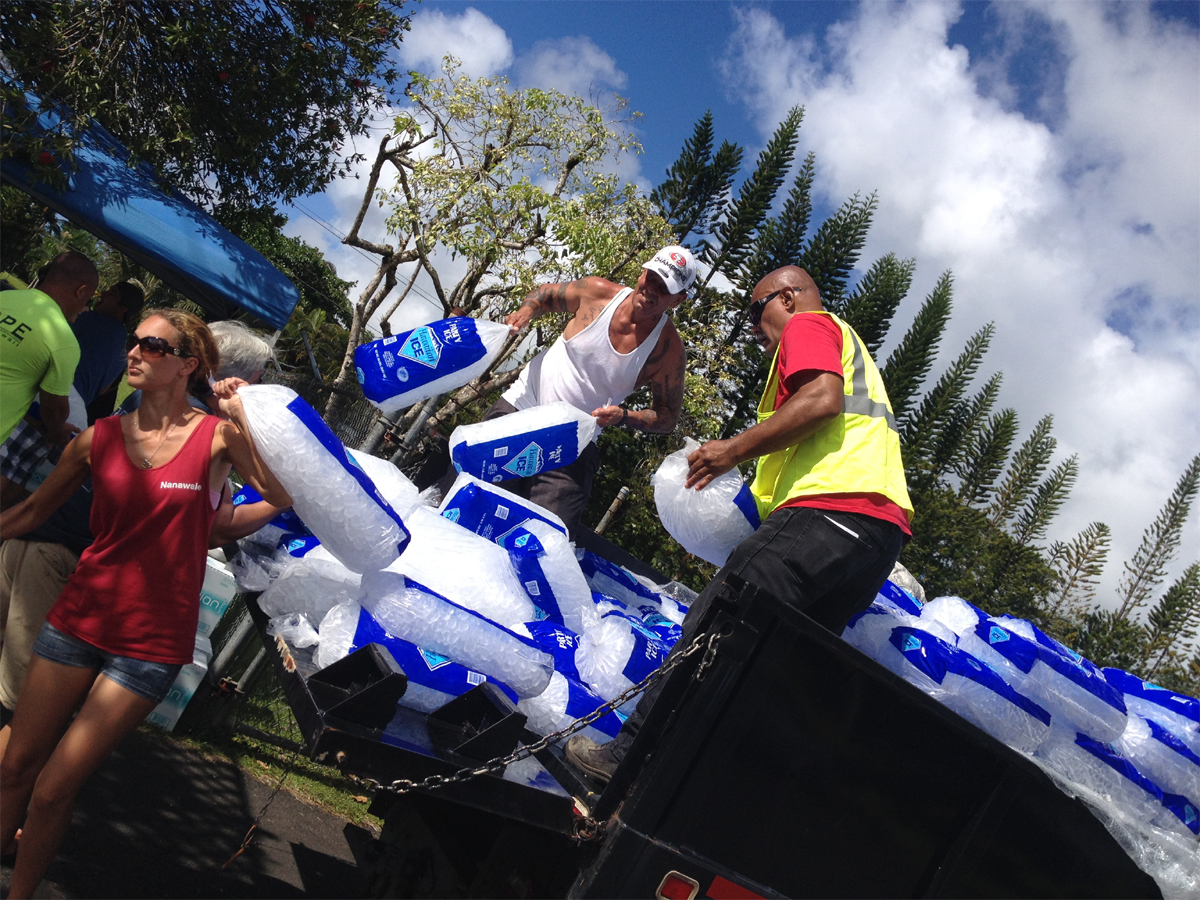