Puna residents are trying to adjust to the altered state of Highway 132 in the Nanawale Forest Reserve following the destructive effects of Iselle.

NANAWALE, Hawaii – Puna residents are trying to adjust to the altered state of Highway 132 in the Nanawale Forest Reserve following the destructive effects of Hurricane Iselle.

The roadway between Pahoa and Pohoiki used to be a scenic jungle of gigantic albizia trees. Now, the canopy that kept Highway 132 shaded is gone. The character of the land has changed. A wide, open skyline is now visible.

Its going to take some getting used. Orchidland resident Yen Chin was one of the many in Puna who went for a slow drive through the deforested land on Saturday, even stepping out of the car to walk among the gargantuan logs that now line the highway. Chin used to think the monumental tunnel of albizia were a majestic sight, but after learning about the dangerous nature of the invasive tree, he had begun to take the trip with a degree of caution. In Puna, the brittle nature of the albizia is well known. The fast growing tree topples in strong winds. 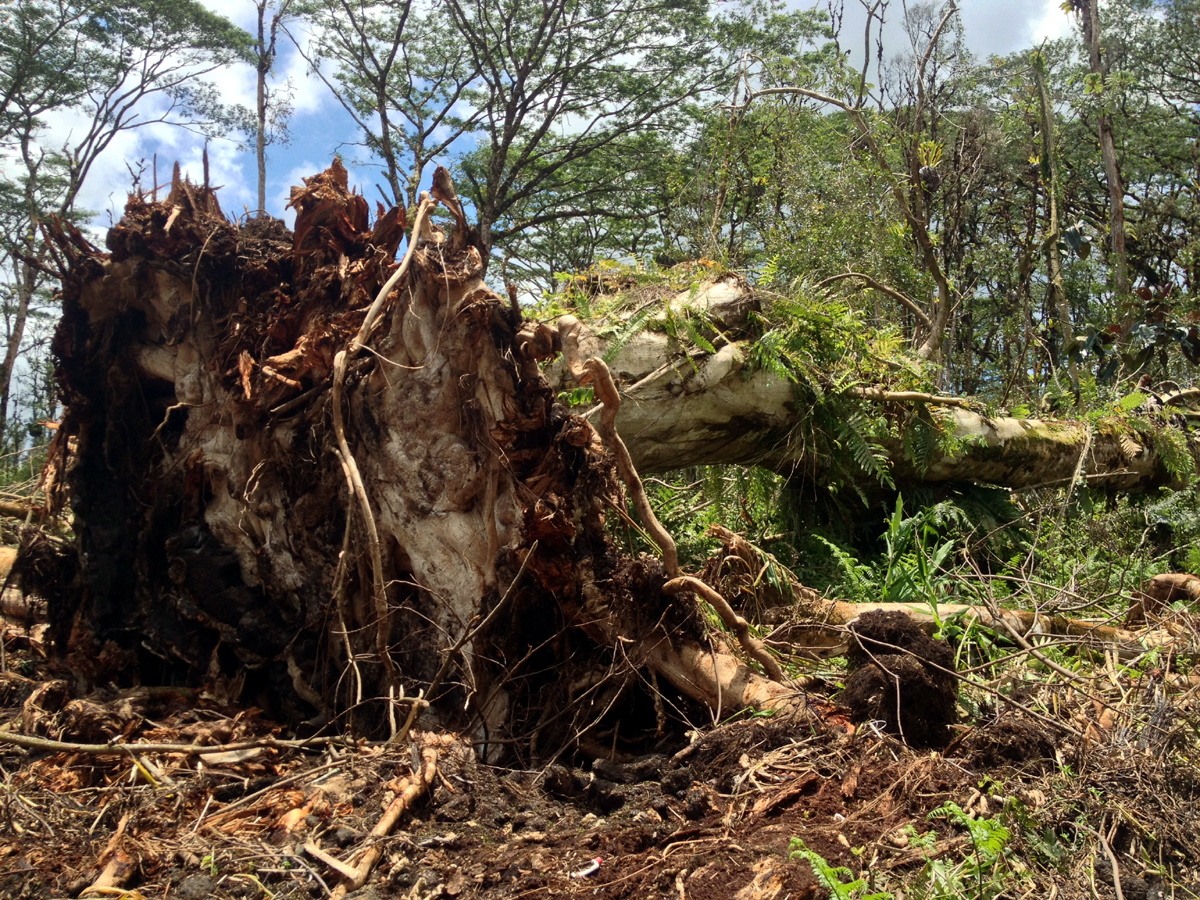 Few on Hawaii Island were surprised that so many albizia fell during the recent storm. But the new look of Highway 132 is still an arresting image for long time residents.

After Iselle, Highway 132 was closed for the longest time of any thoroughfare in Puna. Crews worked around the clock on clearing the thick tangle of fallen trees. 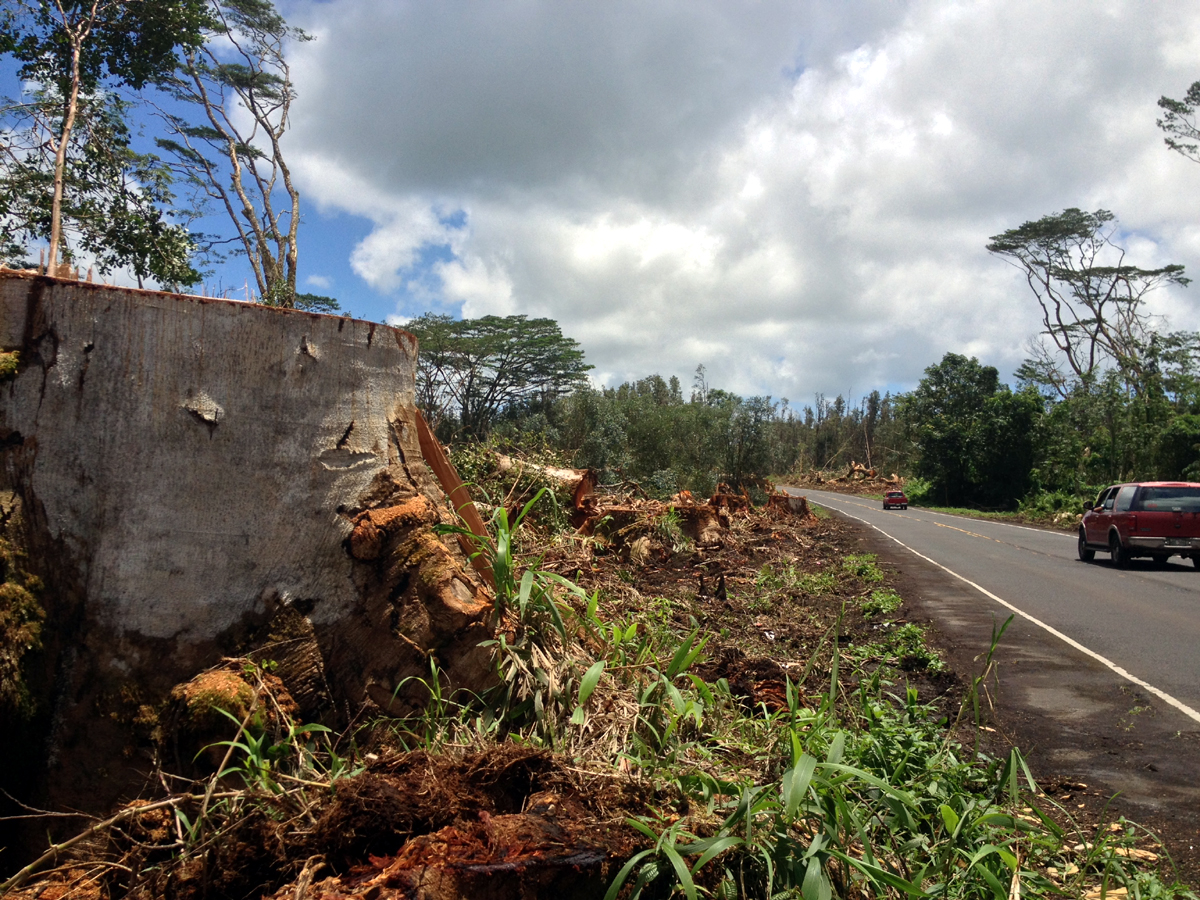