The June 27 lava flow is filmed at sunset on September 11.

(ABOVE VIDEO) Mick Kalber again takes to the air with Paradise Helicopters at sunset on September 11 to the film the June 27 lava flow.

PAHOA, Hawaii – A sunset overflight of the threatening lava flow shows a large steam plume advancing on Kaohe Homesteads. The footage was shot by Mick Kalber aboard Paradise Helicopters between 5:30 and 6:30 on Thursday evening (Sept. 11). It shows the lava flow encroaching on the Kaohe Homesteads. The video also shows burning forest, the Pu’u ‘O’o vent from which the lava emanates, and lava flowing through a lava tube near the vent.

As Kalber was filming this scene from above, residents in Pahoa town below were gathering at a public meeting, where they learned of the latest flow projection putting it over their town in about 13 days. 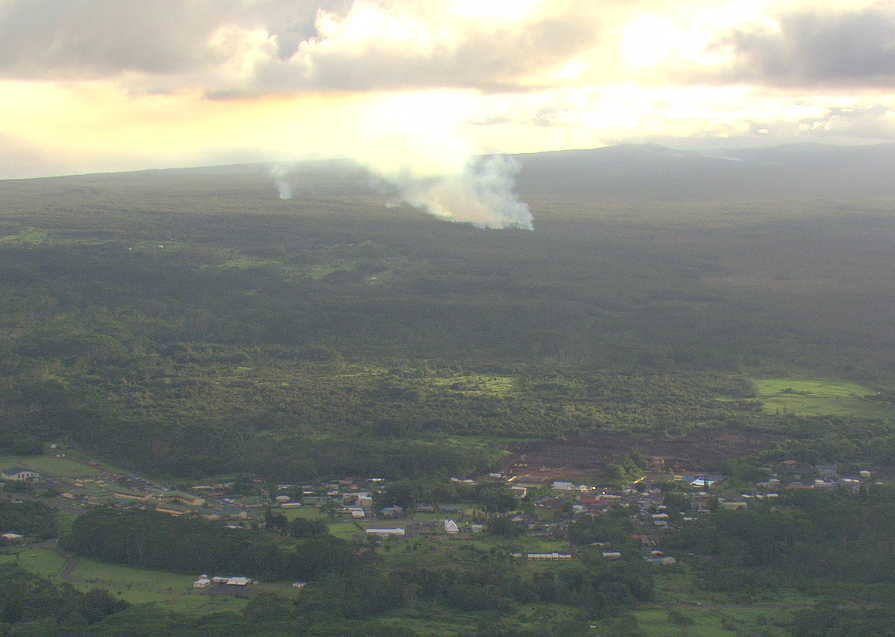