Radar showed a line of heavy rainfall over the Puna district from Kapoho to the Hawaii Volcanoes National Park.

Distant thunder could be heard from Hilo as of 4 p.m. The National Weather Service warns residents to stay away from streams, drainage ditches and low lying areas that are prone to flooding during the advisory. Rainfall and runoff could also cause hazardous driving conditions due to ponding, reduced visibility and poor braking action.

“Do not cross fast flowing or rising water in your vehicle or on foot,” urges NWS. “Turn around. Don’t drown.” 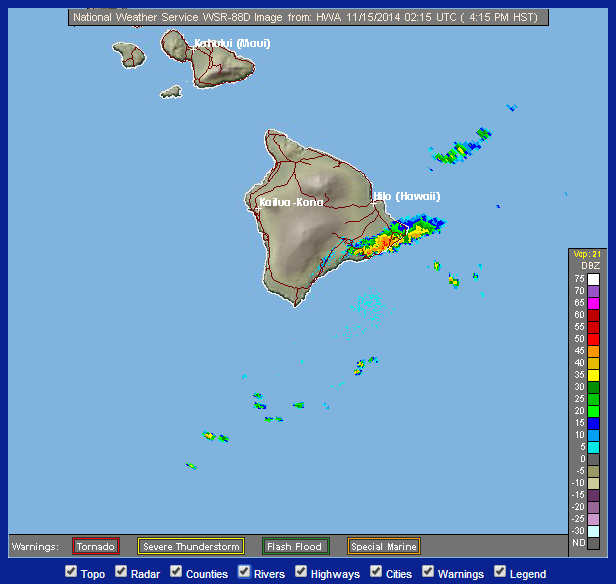