The flow front remains stalled and there has been no advancement since 4:30 p.m. yesterday afternoon.

This afternoon’s assessment shows that the flow front continues to remain stalled and there has been no advancement since 4:30p.m. yesterday afternoon. The front or leading edge remains approximately .6 miles upslope of the Highway 130 and Pahoa Village Road intersection. Some surface breakouts and activity along both margins was noted upslope of the front however not advancing and current activity does not pose an immediate threat to area communities. Civil Defense and Hawaiian Volcano Observatory personnel are maintaining close observations of the flow. Residents and businesses down slope will be kept informed of any changes in flow activity, advancement, and status. As the flow activity continues to show signs of advancement, businesses in the Pahoa Market Place are taking necessary steps to prepare for a possible evacuation. Motorists are advised to drive with caution and to be prepared for increased traffic and large vehicles in the area.

The Railroad Avenue alternate access road has been opened for use from 12:00 noon this past Saturday December 20th. This is to allow for motorists to become familiar with the road and traffic flow. Highway 130 remains open and there is no anticipated road closure at this time. 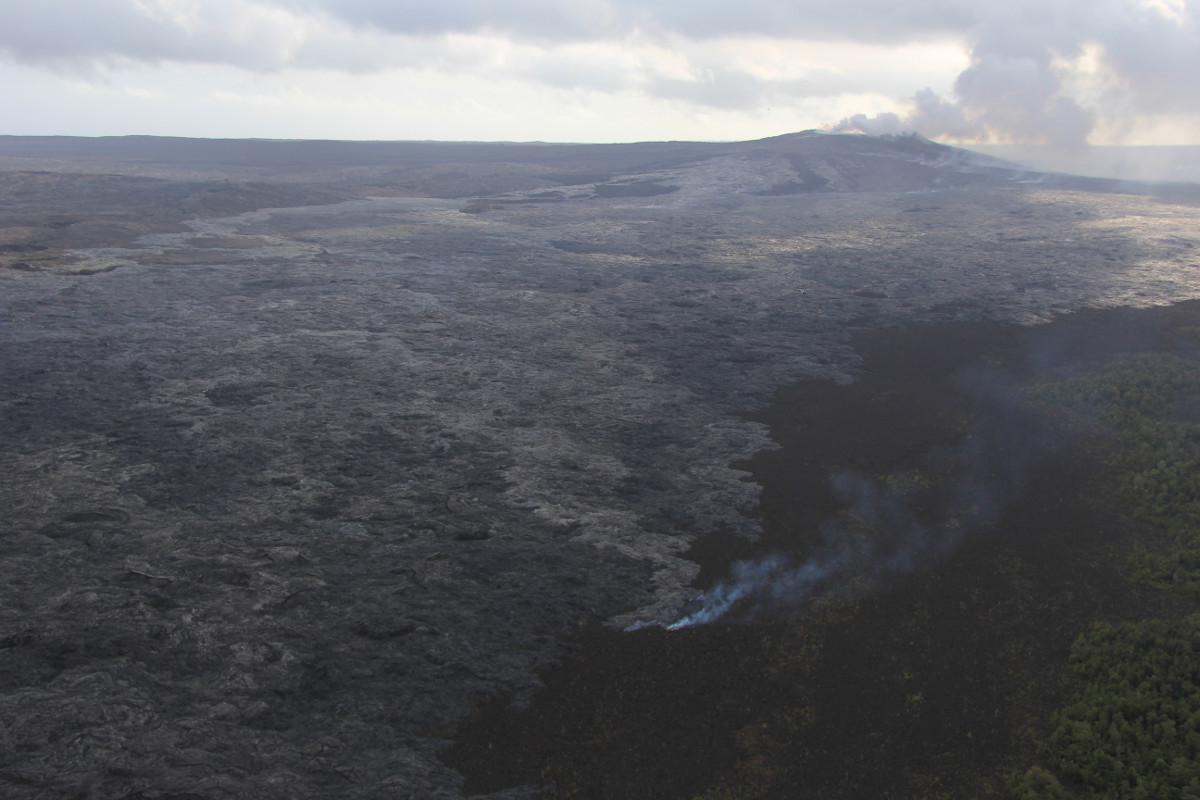 This USGS photo shows a breakout from the lava tube that has been active on the upper part of the flow field near Puʻu ʻŌʻō since December 5. The smoke is from a narrow finger of lava burning lichen on an older Puʻu ʻŌʻō lava flow. Puʻu ʻŌʻō is at upper right. The view is to the south-southwest.