PUNA - A USGS Hawaiian Volcano Observatory spokesperson is providing some insight into the recent lava breakout on the June 27 lava flow, located far upslope near the Pu'u O'o vent.

PUNA, Hawaii – A USGS Hawaiian Volcano Observatory spokesperson is providing some insight into the recent lava breakout on the June 27 lava flow, located far upslope near the Puʻu ʻŌʻō vent.

Geologist Janet Babb, who handles public information and education outreach for HVO, answered a few questions about the activity, the day after video of the breakout was filmed by Mick Kalber and circulated online.

First, Babb said that the lava broke out of the same vent, and the same tube, that has been feeding the flow since June 27th. The breakout is a part of the June 27th lava flow and is not a separate event.

The breakout occurred just before midnight on Saturday, February 21. It was first observed on HVO’s webcam images, so there is no doubt about when it began, Babb said. USGS HVO scientists were out on the field on Monday, Feb. 23rd, until about noon. They captured images that were shared on the USGS website. 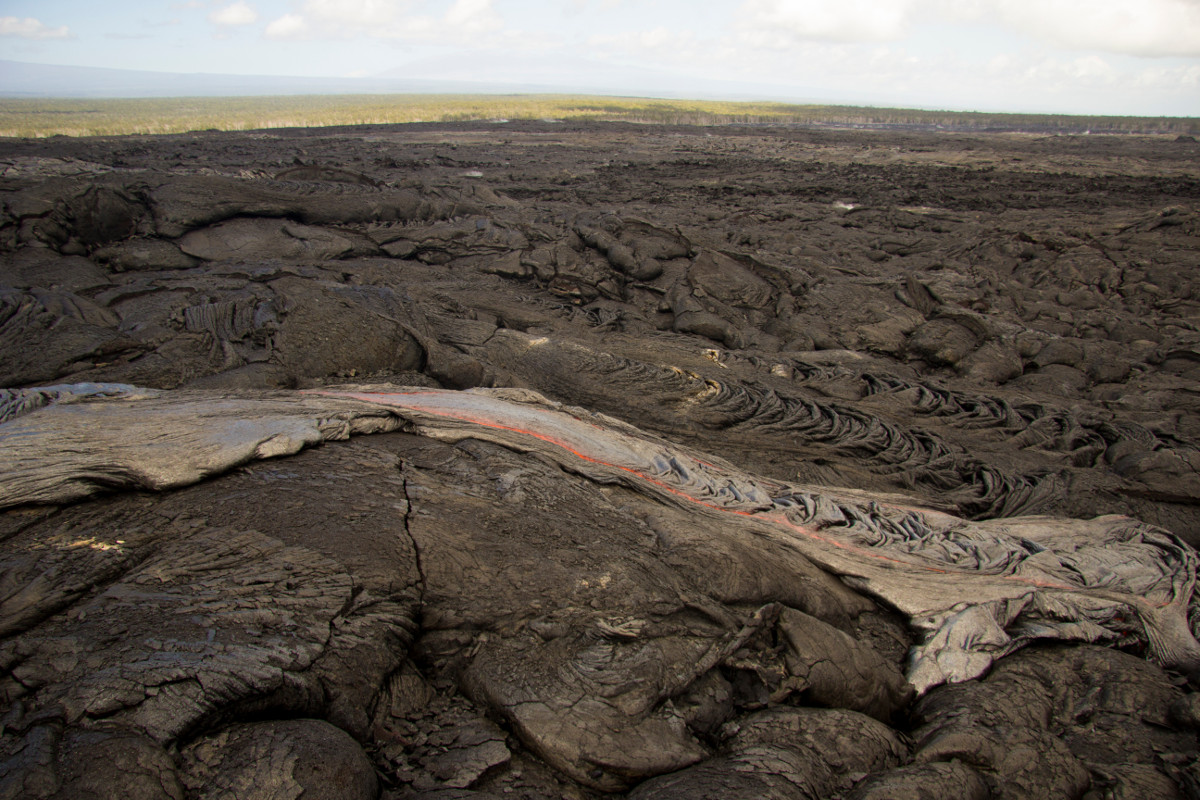 Babb says shortly after the scientists left — around 12:30 pm — another “pulse” broke out in same area, which may be what Kalber captured on video during his evening overflight.

As of yesterday, Babb said the breakout near Puʻu ʻŌʻō had not caused any detectable change in the overall flow or flow front. Today’s civil defense observations and HVO webcam images show that is still the case. “If a change were to be caused by a breakout, we would normally expect to see it within two days,” Babb told us. But since no change has been seen at this point, Babb said it’s hard to say what will or will not happen, or when.

We also asked Babb about another breakout filmed earlier in the day on Monday, said to be about a mile and a half below the geothermal pad. Babb said scientists observed the breakout, and that there has been persistent activity in that area. Babb confirmed there was “a small, but relatively active” breakout yesterday, “but it was nothing out of the ordinary.” Babb explained that when lava first breaks out of an inflated flow, it can do so with some impressive vigor, but “the impressive vigor is often short-lived — until the next breakout.”