Amidst the chorus of voices opposed to the Thirty Meter Telescope being placed on Mauna Kea, there were a few speakers who bravely voiced their support for the planned observatory.

HILO – Amidst Sunday’s chorus of voices opposed to the Thirty Meter Telescope being placed on Mauna Kea, there were a few who bravely voiced their support for the planned observatory to the University of Hawaii Board of Regents in Hilo.

Thayne Currie, a research associate at the Subaru Telescope and a contributor to the science case of the TMT, testified in favor of the $1.4 billion TMT, which promises to be one of the most powerful observatories on the planet once it goes into operation.

Currie was recently filmed having an animated dialogue with the Mauna Kea Ohana on the mountain, where he continued to advocate for the project despite being surrounded by those who have been blocking construction crews from accessing the site of the project. The conversation remained peaceful and respectful. The video was taken by Occupy Hilo.

“The first step” to reaching compromise, Currie told the regents on Sunday, “is just to start talking with one another and being unafraid to do so.”

“If we cannot talk to our neighbors, there is something seriously wrong with us,” Currie said. 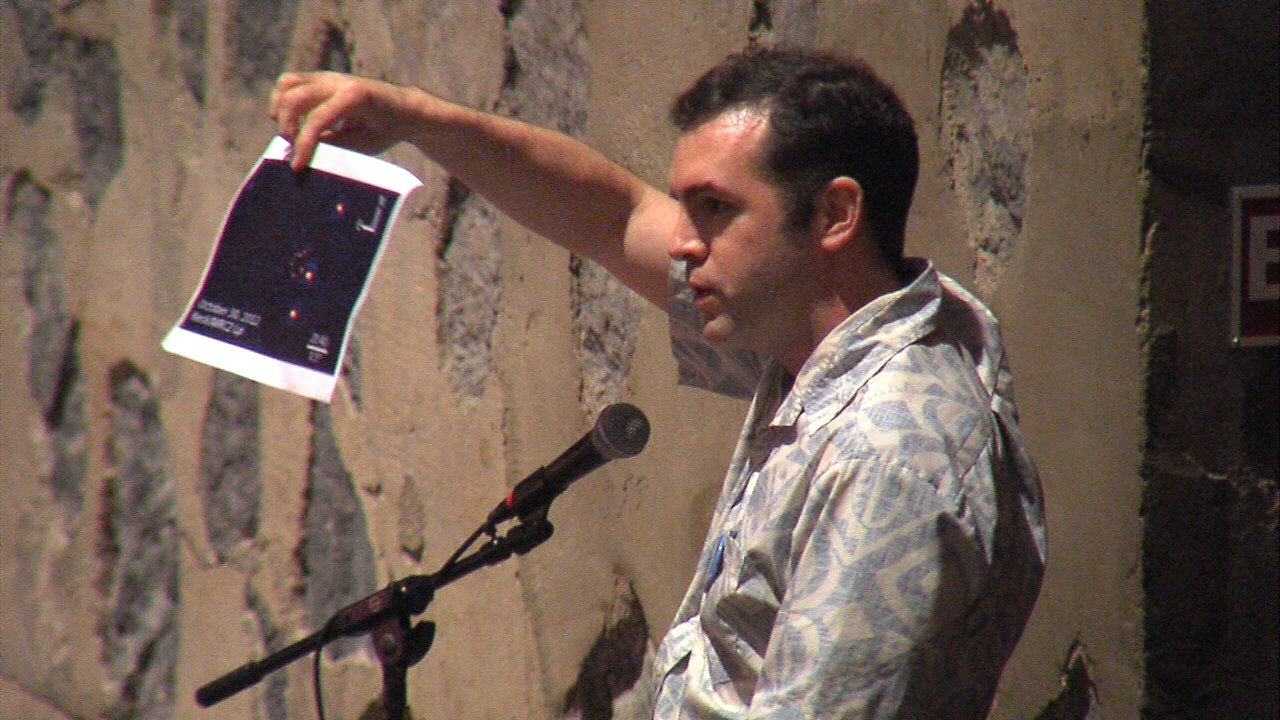