HILO - A continuation of what began on April 16th, when the UH Regents wrapped up a meeting before everyone had a chance to speak.

HILO – On Sunday, a second day of testimony concerning development on Mauna Kea was delivered to the University of Hawaii Board of Regents. It was a continuation of what began on April 16th, when the UH Regents wrapped up a special meeting to discuss the management of the mountain before everyone had a chance to speak. This time, the session was moved to a larger venue: the Performing Arts Center on the Hilo campus.

Once again, testimony was dominated by those in opposition to the Thirty Meter Telescope that is planned for the summit area of the mountain.

There were a few brave astronomers who spoke out in support of the $1.4 billion TMT, which officials say will be one of the most powerful observatories on the planet once it goes into operation.

TMT was supposed to be under construction by now, but project managers postponed the build in response to mounting resistance. A blockade on the mountain resulted in 31 arrests and rallied global opposition to the telescope.

We will have more from this meeting shortly. 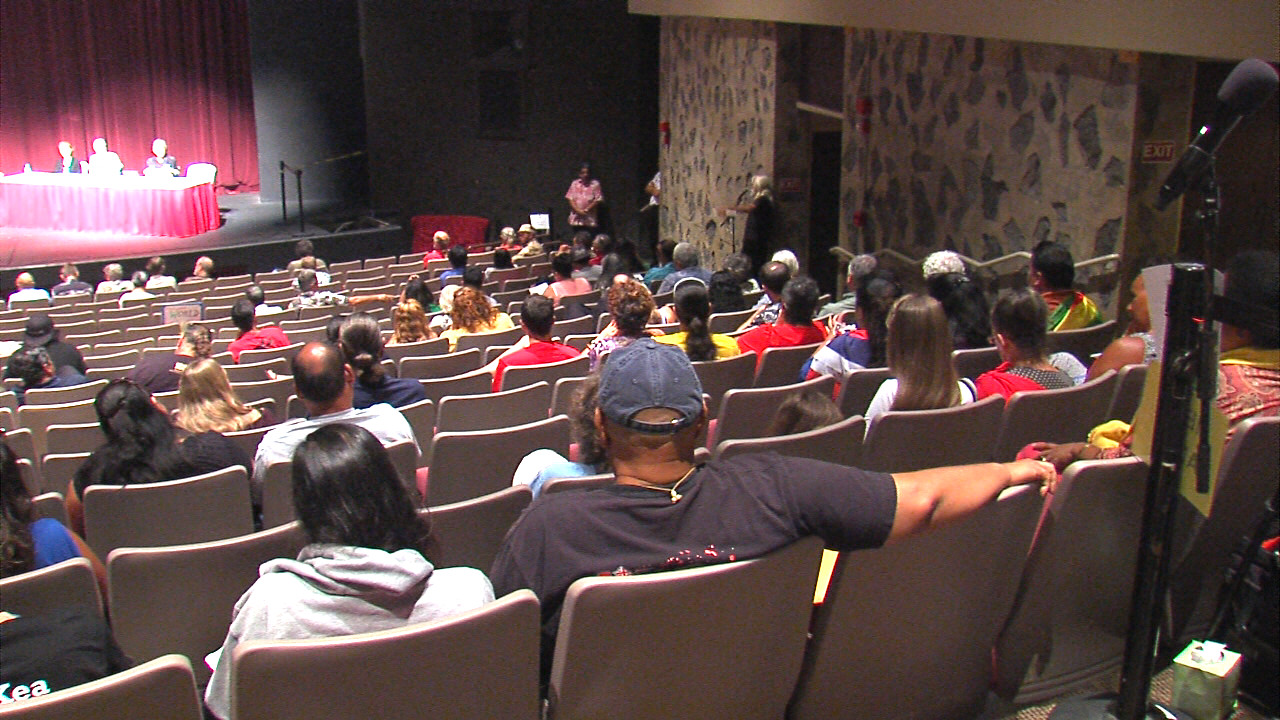