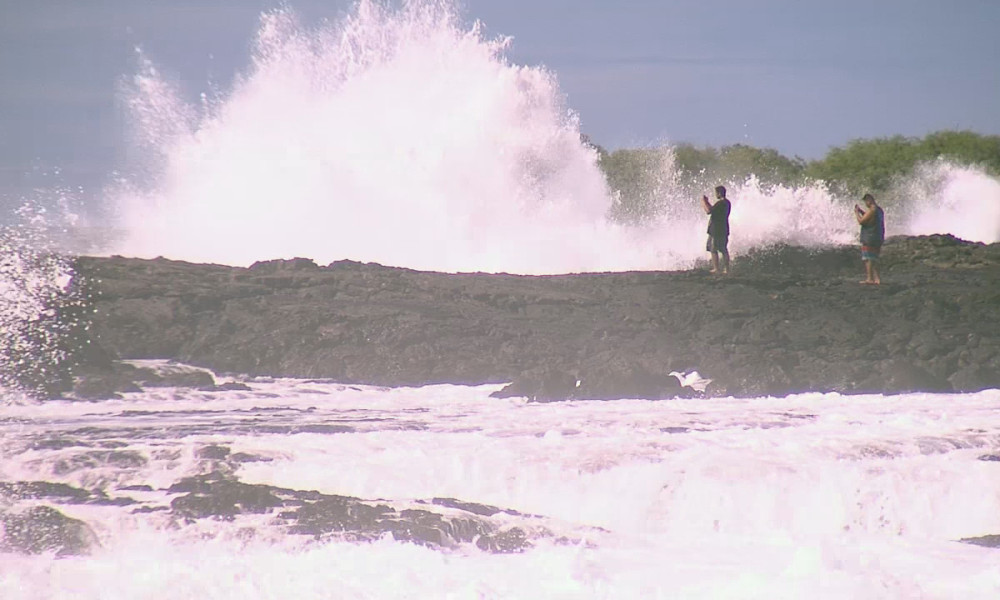 KAILUA-KONA, Hawaiʻi - The fire department reports high surf and the rocky shore line fronting NELHA as factors in the incident.

(BIVN) – The body of a Kona man who was reported missing in the waters off OTEC Beach has been found.

The missing swimmer – reported by police to be 26-year-old Richard Demby of Kailua-Kona – was located on the seafloor in approximately 25 feet of water by Hawaii County Fire Department rescue personnel. Demby’s body was retrieved and transported to Honokohau Harbor where it was turned over to Hawaii County Police for further investigation.

The fire department reports high surf and the rocky shore line fronting NELHA as factors in the incident.

Witnesses reported a missing swimmer fronting the bathroom area of NELHA beach park; approx. 40-50 yards offshore. Two males entered the ocean for a swim and one was overcome by high surf and the rocky shoreline. The other male made it back on shore safely, with no injuries. Hawaii County Fire Dept. dispatch