It was not only the kick-off event for the county-funded stewardship effort, but also to "set the intention to transition Waipi'o forward" in light of the Bishop Museum announcement that it plans to sell its land holdings in the valley.

WAIPI’O VALLEY – The community gathered at the former Rice property overlooking Waipi’o Valley for a clean-up over the weekend.

The January 16 Waipiʻo Lookout Community Pāʻina was a festive event. The Kalapana Awa Band played music while families planted kalo and other food crops on the county-acquired land. According to Jesse Potter, president of Pōhāhā I Ka Lani – the non-profit chosen to protect, preserve, and restore the property – an $83,500 stewardship grant was awarded in 2015 and the grant agreement was actualized on January 8, 2016. The agreement runs until December 31, 2016, with the disbursement of funds coming after the Saturday Pāʻina. Potter clarified that the food/potluck was donated and the music provided by non-PONC funds.

In a video interview, Potter explained the pāʻina was not only the kick-off event for the stewardship effort, but also to “set the intention to transition Waipi’o forward” in light of the Bishop Museum announcement that it plans to sell its land holdings in the valley. Potter is also president of Hā Ola O Waipiʻo Valley, a group formed a few years ago when the subject of Bishop Museum dispatching the lands first came up at the state legislature.

By coincidence, the food crops planted by the Waipi’o Lookout on Saturday were from the Amy B.H. Greenwell Ethnobotanical Garden, which is also owned by Bishop Museum. The museum plans to sell the South Kona garden, which will close on January 31.

Article corrected on January 21, 2016 at 10:26 p.m. to reflect the correct spelling of Jesse Potter’s name and to clarify sources of funding for the Waipiʻo Lookout Community Pāʻina. 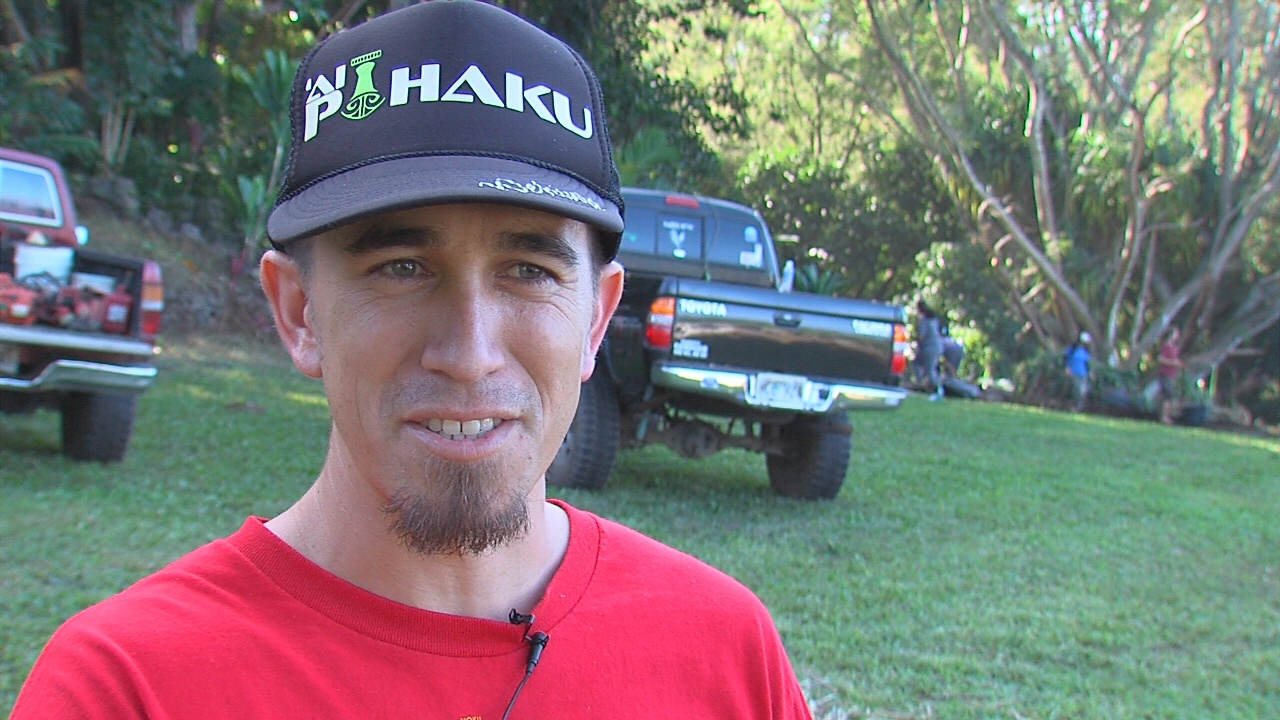