HILO - Participants and attendees of the Merrie Monarch Festival are warned of a quarantine on the transport of ʻōhiʻa from the Big Island due to a serious plant disease.

HILO, Hawaii – The State of Hawaii has issued a travel alert in advance of the upcoming Merrie Monarch hula festival, warning visitors about the quarantine restrictions on the transport of ʻōhiʻa from Hawaii Island due to a serious plant disease called Rapid Ohia Death, or ROD, which is devastating the native forests on that island.

The State Department of Agriculture issued the alert today, saying “the quarantine restricts the movement of ohia plants and plant parts, including flowers, leaves, seeds, stems, twigs, cuttings, untreated wood, logs, mulch greenwaste and frass (sawdust from boring beetles) and any soil from Hawaii Island. Transport of such items is only allowed with a permit issued by the Hawaii Department of Agriculture (HDOA).” 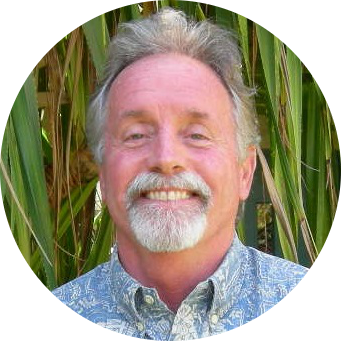 Ohia is one of the most important trees in our native forests and has such cultural significance. Researchers are working hard to find methods to stop ROD and we ask that everyone obey the quarantine and assist in containing the spread of the disease to other islands.”Scott Enright, chairperson of the Hawaii Board of Agriculture

HDOA Plant Quarantine inspectors have printed a travel alert (below) that is available at airports statewide. 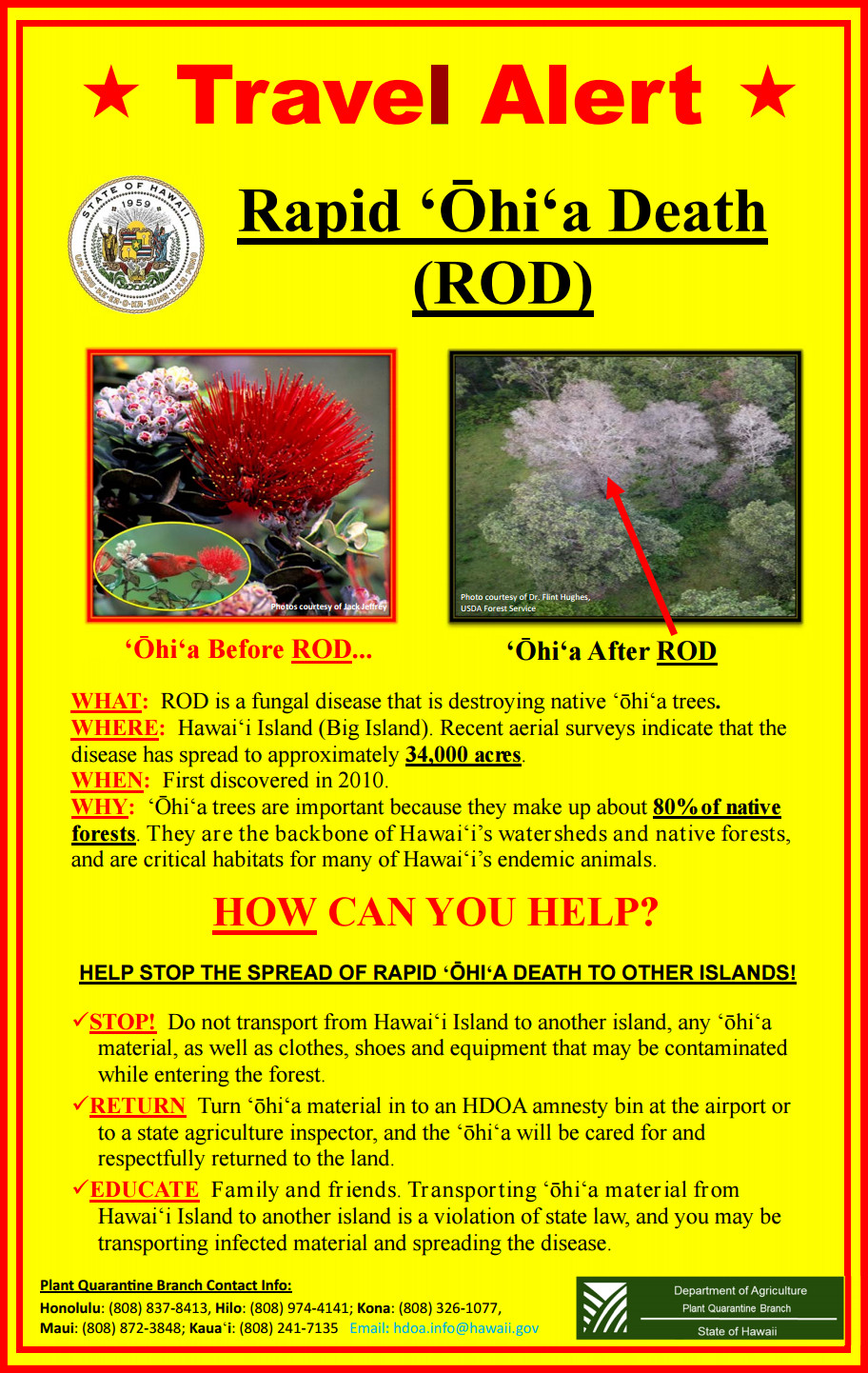 The Merrie Monarch Festival runs from March 27 to April 2. The event draws dozens of hula halau and thousands of spectators traveling to and from Hawaii Island. Hula practitioners sometimes gather the ʻōhiʻa blossom from the forest for their performances. The state says harvesting ʻōhiʻa may spread the disease as spores may be carried in soil and by vehicles, shoes and clothing to uninfected areas. Multi-agency ROD working groups have reportedly been meeting with Native Hawaiian groups, the Merrie Monarch organization and other community groups to provide advice and guidance on the handling of ʻōhiʻa material.

Failure to abide by the rules of the emergency quarantine, issued in August of 2015, could carry a penalty. HDOA says any person who violates the quarantine rule may be charged with a misdemeanor and fined not less than $100. The maximum fine is $10,000. For a second offense committed within five years of a prior conviction under this rule, the person or organization shall be fined not less than $500 and not more than $25,000.

ROD was first noticed in 2010 in Puna. In 2014, the fungus was identified as Ceratocystis fimbriata by researchers at the U.S. Department of Agriculture’s Daniel K. Inouye Agricultural Research Service. 34,000 acres of ʻōhiʻa forest are currently infected. It is not known how the disease entered the state or where it came from, and so far the disease has not been found on other islands.