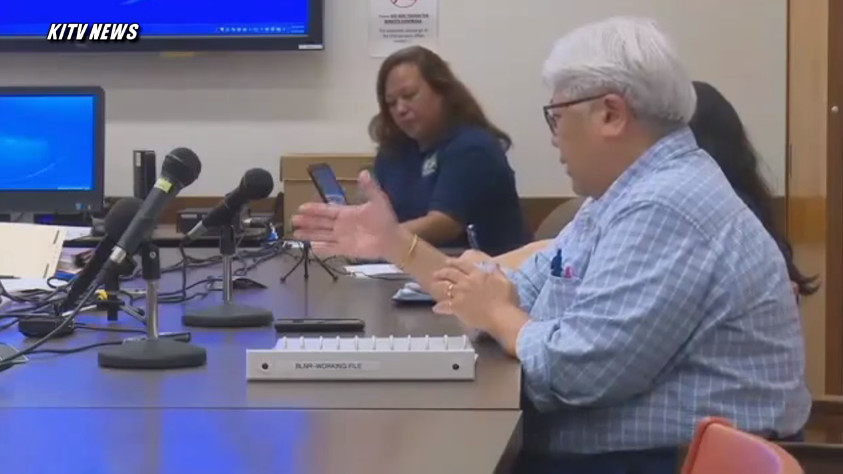 MAUNA KEA (BIVN) - Retired Judge Riki May Amano will stay on as the hearing officer for the upcoming TMT on Mauna Kea contested case. Opposition to Amano came from all sides, for different reasons.

HONOLULU, Hawaii – Despite requests made by both supporters and opponents of the Thirty Meter Telescope to remove retired Judge Riki May Amano as the hearing officer in the upcoming contested case, the state is sticking with their pick.

The Board of Land and Natural Resources reaffirmed its decision today, issuing Minute Order No. 9 in which it unanimously denied a motion to disqualify Amano. The motion was made by Attorney Richard Naiwieha Wuderman on behalf of the original petitioners who are opposed to the TMT Mauna Kea permit. Wuderman reiterated his argument that Amano’s membership with the ‘Imiloa Astronomy Center, operating under the University of Hawaii-Hilo, constituted the appearance of bias and warranted disqualification. The University is the party applying for the Conservation District Use Permit for land on the northern plateau of the summit of Mauna Kea, which it plans to sublease to the TMT observatory. Lawyers for the University of Hawaii and TMT also supported the removal of Amano, in order to “eliminate any basis for or risk of further delays and appeals”, as UH stated.

Here is the media release issued by the Department of Land and Natural Resources today:

(HONOLULU) – The Board of Land and Natural Resources (the “Board”) today issued Minute Order No. 9 (the “Order”) in the Contested Case Hearing for the Conservation District Use Application (“CDUA”) for the Thirty Meter Telescope (“TMT”) at the Mauna Kea Science Reserve. In the Order the Board unanimously denied a motion to disqualify retired Hilo judge Riki May Amano as the hearing officer in the case.

The Order provides the Board’s detailed reasons for denying the motion. It also restates some of the Board’s findings in denying a previous disqualification motion. The Board also unanimously declined to grant objections to Board member Chris Yuen’s service on the selection committee that picked Judge Amano.

The Board’s Order addresses the public scrutiny facing this contested case hearing and notes that both the Petitioners and the University of Hawaii are concerned that Judge Amano’s selection may not survive review in an appellate court. As it reasoned, however, “[t]he Board is concerned that, taken to its logical extreme, ensuring a contested case process that subjectively ‘appears to be fair’ to every possible person who takes an interest in the TMT project would likely necessitate not only the disqualification of Judge Amano but of every potential hearing officer who otherwise possessed the acumen to hear this case.” It goes on to provide that “[n]o qualified hearing officer candidate is likely to satisfy all spectators and remove all fears of reversal. The Board will not go down this rabbit hole.”

Instead, the Board adopts the objective standard cited in a previous Supreme Court decision (Mauna Kea Anaina Hou v. Board of Land and Natural Resources, 136 Hawai‘i 376, 395, 363 P.3d 224, 243 (2015)). It found, “the commitment to an objective ‘appearance of fairness’ test is consistent throughout Hawai‘i judicial decisions.”

Further, the Order provides that, “[w]ith due respect and consideration to the parties’ various interests and reasons for asking the Board to replace Judge Amano, the Board cannot and will not sidestep its own administrative responsibility to exercise judgment and common sense regarding whether the selection process up until now has objectively appeared to be fair. Common sense must prevail.”

As for the Petitioners’ claim that board member Yuen should recuse himself in this matter and should not have served as a member of the selection committee for the hearing officer, the Board found that a statement made nearly two decades before the TMT CDUA was filed is not evidence of bias or prejudgment. Quoting Yuen’s written response to the Petitioners’ objections, “I think that the policy for board members is similar to that for judges: there is a duty to serve when you are not legally disqualified, just as there is a duty to disqualify yourself when good cause exists . . . Board members should not be selected for the absence of opinions: they have to know how to review facts and decide particular cases on their merits given the legal criteria.”