NEW YORK CITY (BIVN) - A momentous occasion for the Polynesian Voyaging Society as the Malama Honua voyage makes landing in The Big Apple. Here is the video dispatched from NYC.

It was a historic moment not only for Hokuleʻa and the Polynesian Voyaging Society, but the entire Pae `Aina. 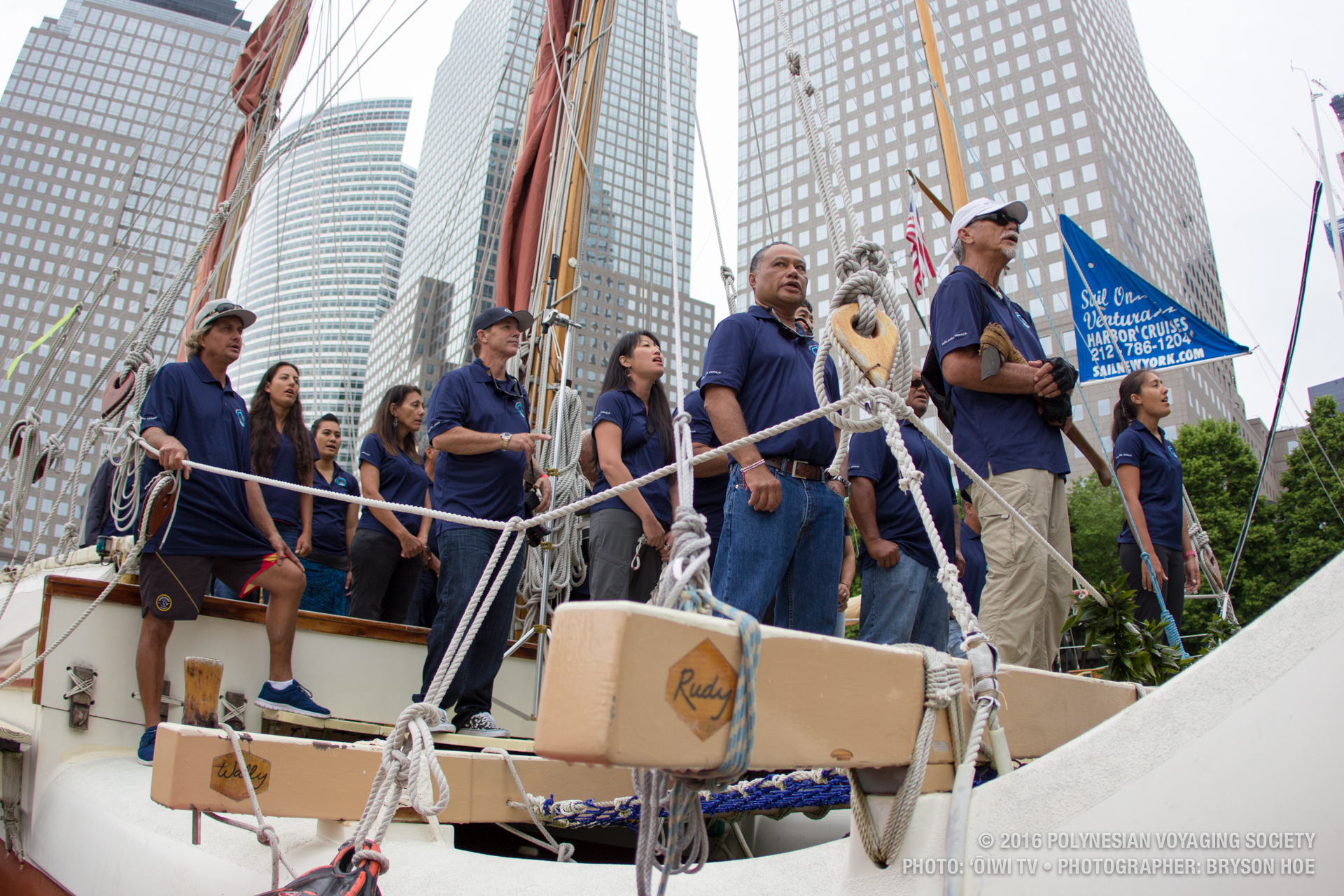 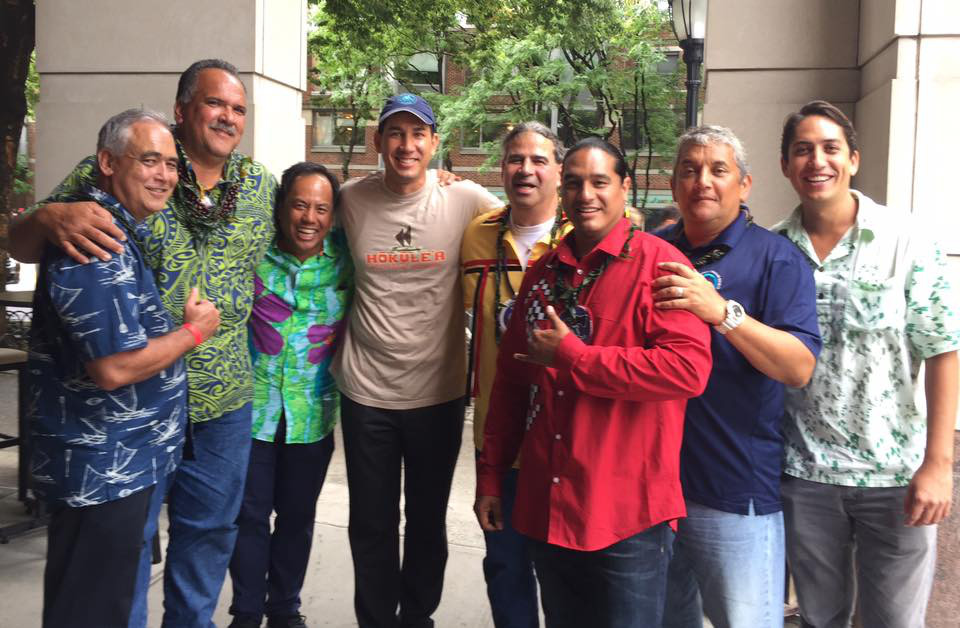 Here is the official dispatch from the Polynesian Voyaging Society from New York City.

“There is something special that this canoe carries on behalf of our home that I think this world not only respects, but needs,” said Nainoa Thompson, president of the Polynesian Voyaging Society. “This day of celebration is really the step we need to give us strength to go to the United Nations on behalf of all of the people who are doing their part to be responsible for our island home called Earth.”

On World Oceans Day on June 8, a series of events with the United Nations will include a ceremonial presentation of ocean protection declarations by Thompson to Secretary General Ban-ki Moon. The canoe’s arrival at Manhattan’s North Cove Marina – the doorstep of the 9/11 Memorial, New York’s financial business district – marks the pinnacle point of the Malama Honua Worldwide Voyage sponsored by Hawaiian Airlines.

During their time in New York, Hokulea crew members have a robust schedule of outreach and engagement, in which they will lead, participate in, and support the following events:

About World Oceans Day:
The official designation of World Oceans Day by the United Nations is an opportunity to raise global awareness of the benefits derived from the oceans and the current challenges faced by the international community in connection with the oceans. The day is intended to provide an opportunity for people to reflect and emphasize the benefits that the oceans can provide and our individual and collective duty to interact with oceans in a sustainable manner so as to meet current needs without compromising those of future generations.

About the Malama Honua Worldwide Voyage presented by Hawaiian Airlines:
Sponsored by Hawaiian Airlines, the Voyage will cover over 60,000 nautical miles, 100 ports, and 27 nations, including 12 of UNESCO’s Marine World Heritage sites. Voyaging from Hawai i in 2013 with an estimated sail conclusion date of June 2017, the Worldwide Voyage is taking the iconic sailing vessels Hokulea around Island Earth and her sister canoe Hikianalia around the Pacific and the Hawaiian Islands to grow a global movement toward a more sustainable world. The voyage seeks to engage all of Island Earth – practicing how to live sustainably while sharing Polynesian culture, learning from the past and from each other, creating global relationships, and discovering the wonders of the precious place we call home.

Since departing Hawaiian waters in May 2014, Hokulea has sailed more than 23,000 nautical miles and made stops in 12 countries and 55 ports, weaving a “Lei of Hope” around the world. Along the way, more than 160 volunteer crewmembers have helped to sail Hokulea to spread the message of malama honua (or taking care of Island Earth) by promoting sustainability and environmental consciousness, as well as exchanging ideas with the countries she has visited. So far, crew members have connected with over 45,000 people in communities across the South Pacific, Tasman Sea and Indian Ocean including Samoa, Aotearoa (New Zealand), Australia, Indonesia, Mauritius, South Africa, Brazil, U.S. Virgin Islands, and Cuba. The Malama Honua Worldwide Voyage reached the East Coast of the United States in March. The crew visited Florida’s NASA Kennedy Space Center, Charleston, S.C. and celebrated Earth Day in Newport, VA. For a midway recap of the Worldwide Voyage, please view this page.

Hokulea first set out on the Pacific Ocean in 1975. Since then, she has traveled to multiple countries across the globe, reawakening a Hawaiian cultural renaissance in the process through reviving the traditional art of wayfinding – navigating the sea guided by nature using the ocean swells, stars, and wind.