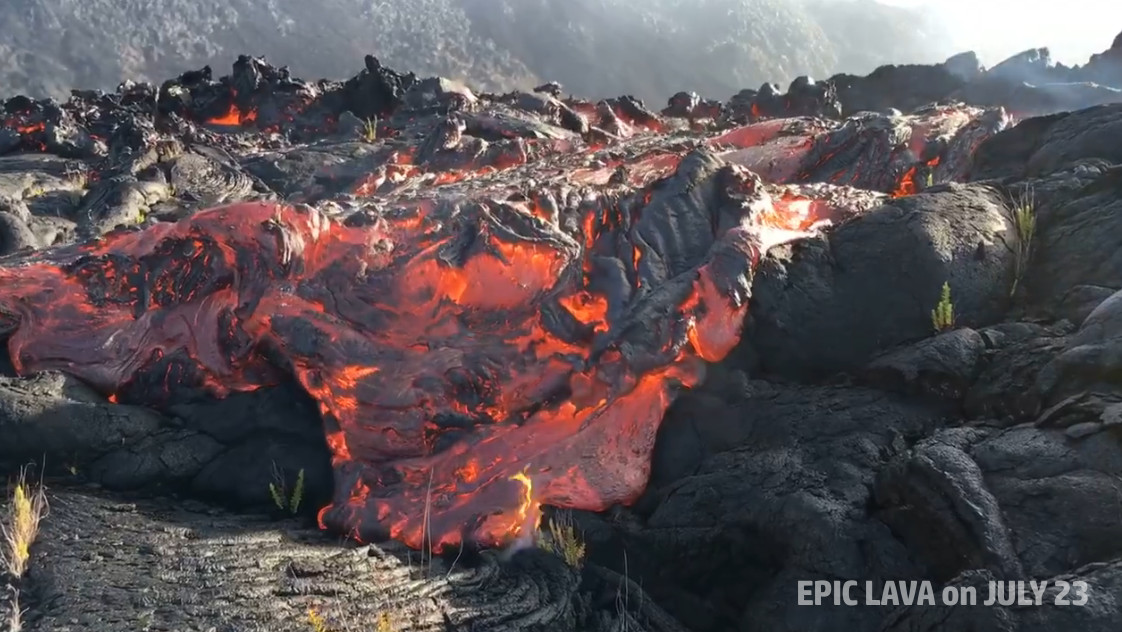 John Tarson of Epic Lava Tours says it looks like the lava flow is going to cross the road today. In a video update posted to the Epic Lava Facebook page today, Tarson estimated the lava was only 150 to 200 feet away.

The lava flow extending southeast of Puʻu ʻŌʻō has slowed down in recent weeks after an speedy charge down the Pulama pali. The flow front stalled and remained about .4 miles from the road that was hastily carved out of hardened lava in 2014 to connect Chain Of Crater Road with Kalapana, providing residents with a way in and out of lower Puna in case Highway 130 was destroyed by the June 27 lava flow.

The June 27 lava flow is now dead, and the current 61g flow is heading towards the ocean. The flow was approximately 0.2 miles from the ocean on Sunday, based on National Park personnel observations.

If and when the lava crosses the emergency road it will likely enter the ocean in short order. Or, it could stall again.

Tropical Storm Darby obviously did not slow down Pele, but it did put a damper on lava tours. The Hawaii County Lava Viewing was closed over the weekend in advance of Darby, and resumed today. 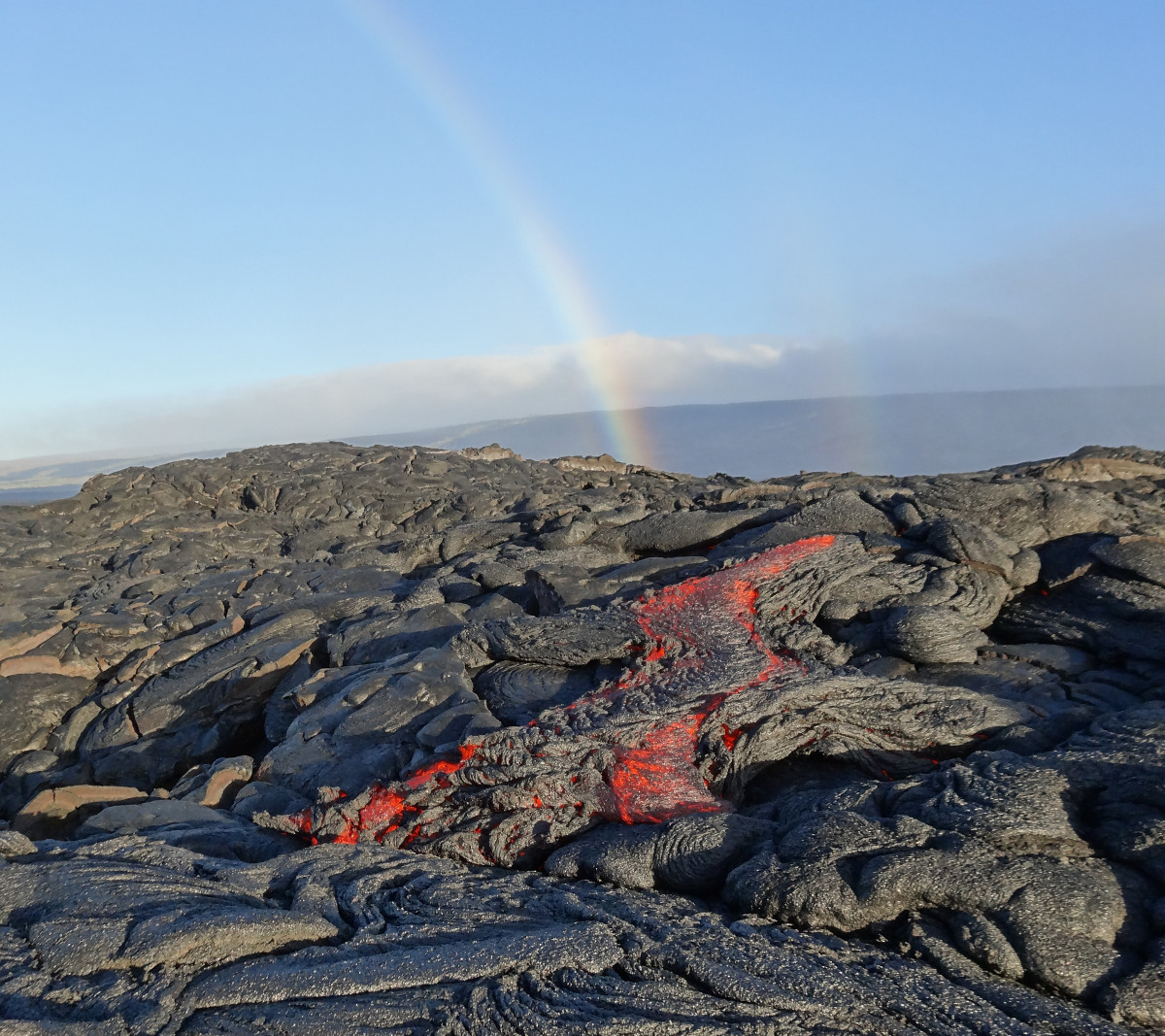 (USGS photo) A faint double rainbow provided a beautiful backdrop for sluggish pāhoehoe lava oozing out from near the flow front on the morning of July 22.