Scientist-In-Charge On The Lava Flow Field

HAWAII VOLCANOES NATIONAL PARK (BIVN) - As the lava ocean entry grows, USGS HVO Scientist-In-Charge Christina Neal goes over some of the dangers to hikers out on the flow field.

HAWAII VOLCANOES NATIONAL PARK – The 61g lava flow continues to enter into the ocean on Hawaii Island, and although the public is invited to witness the spectacle, viewing comes with a warning of the hazards.

USGS Hawaiian Volcano Observatory Scientist-In-Charge Christina Neal recently took to the hot lava field with members of the media, where she went over some of the dangers to hikers on the coastal plain within Hawaii Volcanoes National Park.

The Kamokuna ocean entry began nearly a month ago, two months after lava erupted from the flank of Puʻu ʻŌʻō on Kīlauea’s east rift zone (May 24) and stretched for miles towards the sea. Now, the lava ocean entry spans about 1 km of coastline – over half a mile – and is building an increasingly large lava delta at the base of the sea cliff. 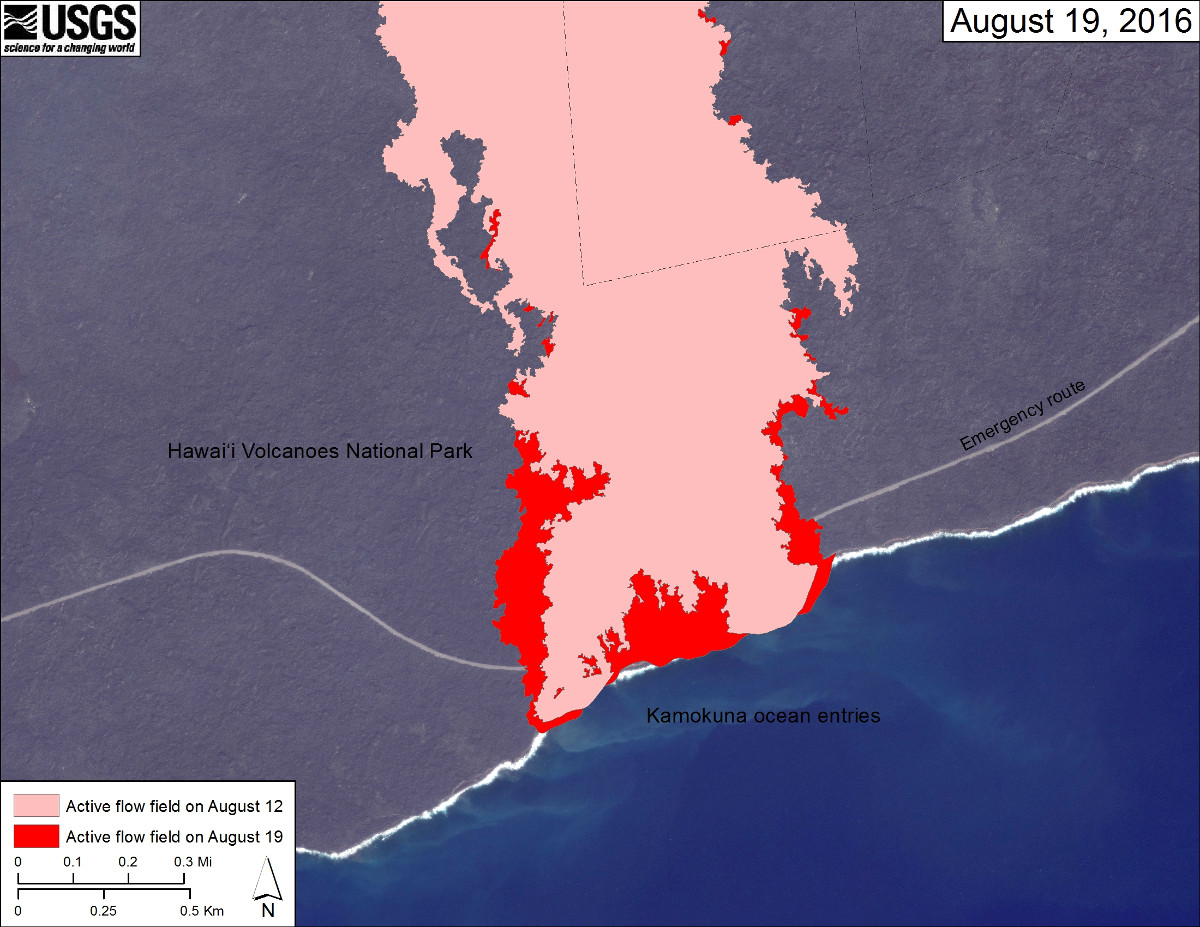 The USGS is repeating its warning to visitors in its daily volcano activity report.

As a strong caution to visitors viewing the new flow 61G ocean entry (location where lava meets the sea), there are additional significant hazards besides walking on uneven surfaces and around unstable, extremely steep sea cliffs. Venturing too close to an ocean entry exposes you to flying debris created by the explosive interaction between lava and water. Also, the new land created is unstable because it is built on unconsolidated lava fragments and sand. This loose material can easily be eroded away by surf causing the new land to become unsupported and slide into the sea. Finally, the interaction of lava with the ocean creates an acidic plume laden with fine volcanic particles that can irritate the skin, eyes, and lungs. 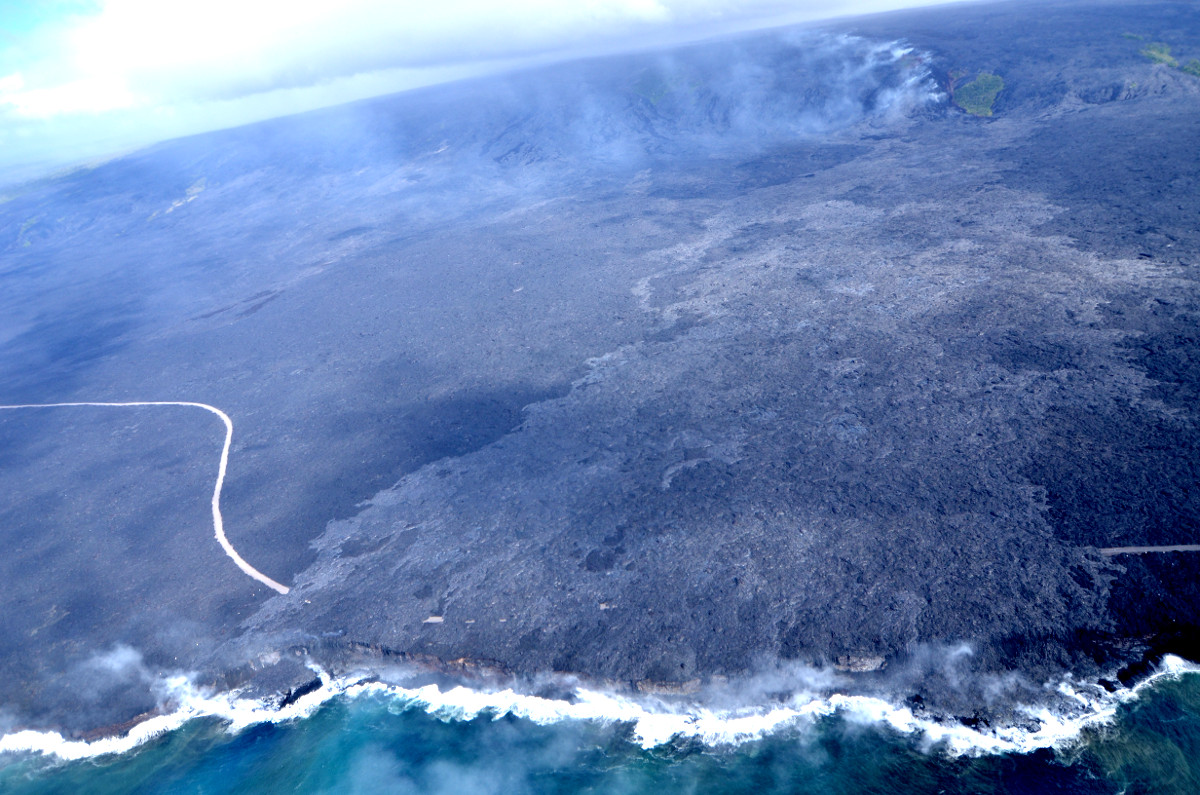 (USGS photo) Aerial view of the Kamokuna ocean entry and the Emergency Access Road cut by the 61g lava flow. 61g lavas are lighter in color than older lavas on the coastal plain. Upslope, a trail of fume marks the lava tube as it passes over the pali.