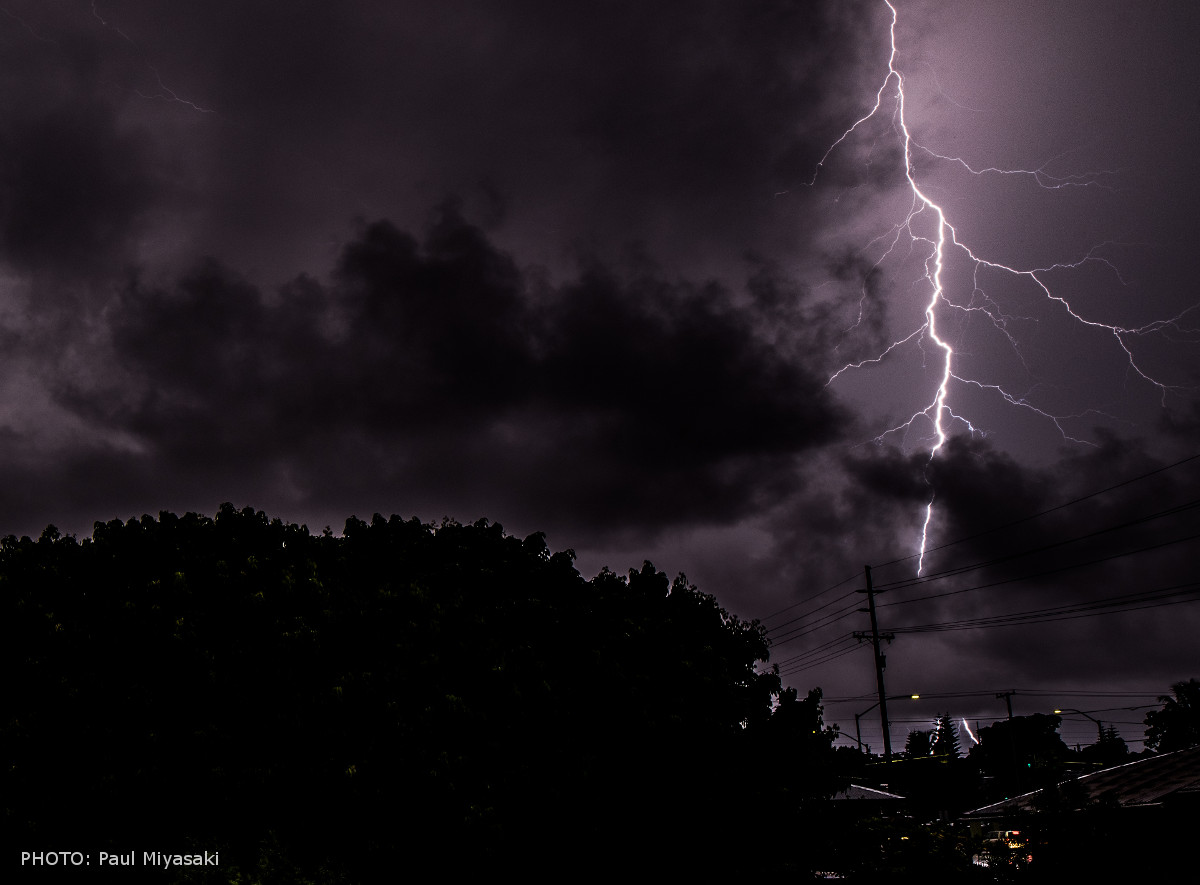 HAWAII ISLAND – Heavy rain, thunderstorms, flooding and significant run-off struck East Hawaii on Wednesday night, as a Flash Flood Warning was in effect for much of the evening.

Hamakua suffered the brunt of the storm. The National Weather Service reported rainfall at a rate of 3 to 4 inches per hour. Dramatic runoff was seen – and captured on video – in O’okala. Also, one lane was closed on Highway 19 near Pa’auilo Post Office due to a landslide.

An evacuation shelter opened at the Pa’auilo Gym has since been closed.

Hilo saw considerable thunder and lightning. Paul Miyasaki captured the striking image seen above and shared it in an email.

Power outages were reported from Hilo to Papaikou, as well as upper Puna. Hawaii Electric Light reports power restoration repair efforts have begun for those areas with power outages.

South Kopua Road was also flooded, a mile and a half from Highway 11. Traffic had to be re-routed through Kopua Farm Lots.

Shortly after 7 p.m., Maunakea Rangers announced the closure of the Mauna Kea Access Road at the Visitor Information Station at an elevation of 9,200 feet “due to the Maunakea Weather Center warnings for high humidity, fog, ice and below freezing temperatures for the summit this evening and near sunrise tomorrow.”

A Flash Flood Watch remains in effect for Hawaii Island through Thursday afternoon, as a “very moist and unstable weather pattern will continue as abundant tropical moisture and an upper trough affects the state,” forecasters say. Heavy showers and thunderstorms will be possible through at least Thursday.

Drier conditions and a more stable airmass will return over the weekend and early next week.