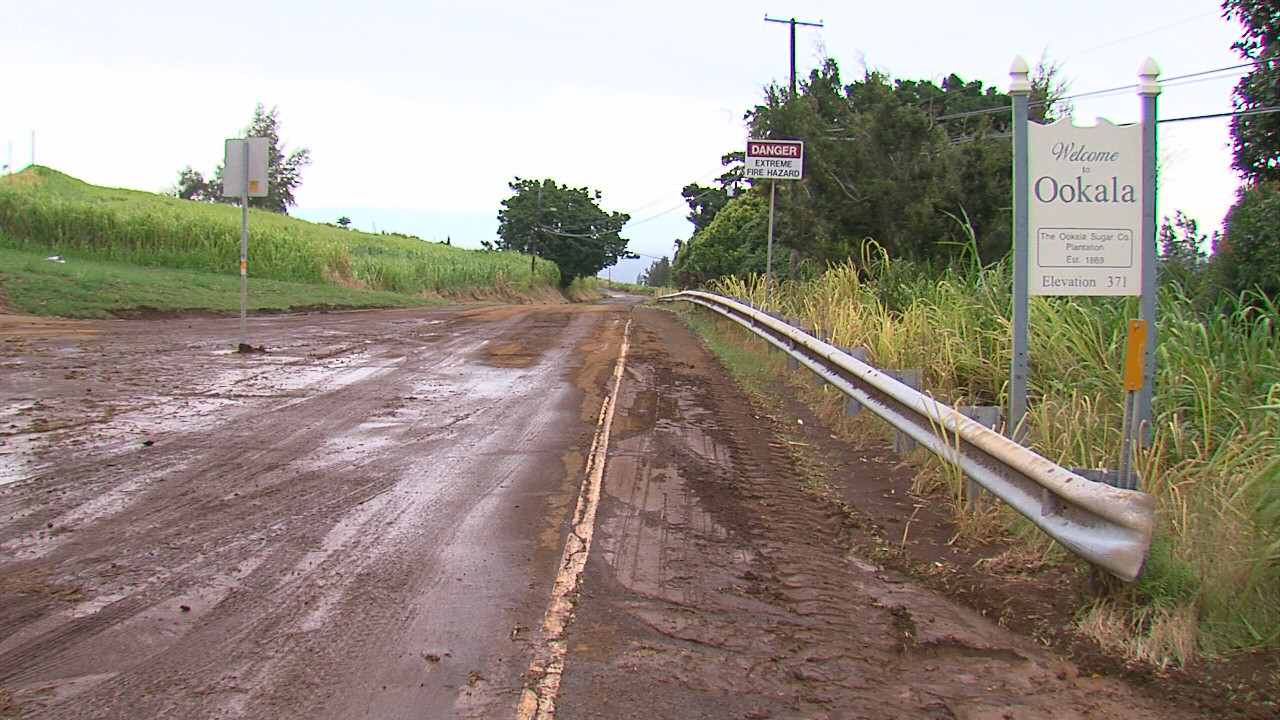 UPDATE (6:00 p.m.) – The Flash Flood Watch for Hawaii Island has been discontinued as of Friday evening.

HAWAII ISLAND – After a wet week on Hawaii Island, the possibility of more thunderstorms continues.

A flash flood watch remains in effect through this afternoon, the National Weather Service reports.

On Wednesday evening, thunder and lightning electrified the skies over East Hawaii, and heavy rains flooded roads in Upper Puna and the Hamakua Coast.

By Thursday, the reported landslide near the Paauilo post office had been cleared, however there was still plenty of mud on the road in O’okala, where runoff by the dairy farm covered the highway the day before.

We could still see more today.

“There is a chance for more thunderstorms with very heavy downpours to redevelop today,” the National Weather Service stated. “In many areas the ground is saturated from recent rainfall, and any additional heavy rain could easily lead to flash flooding.”

A flash flood watch means that conditions may develop that lead to flash flooding. Flash flooding is very dangerous. Forecasters say you should monitor later forecasts and be prepared to take action should flash flood warnings be issued.