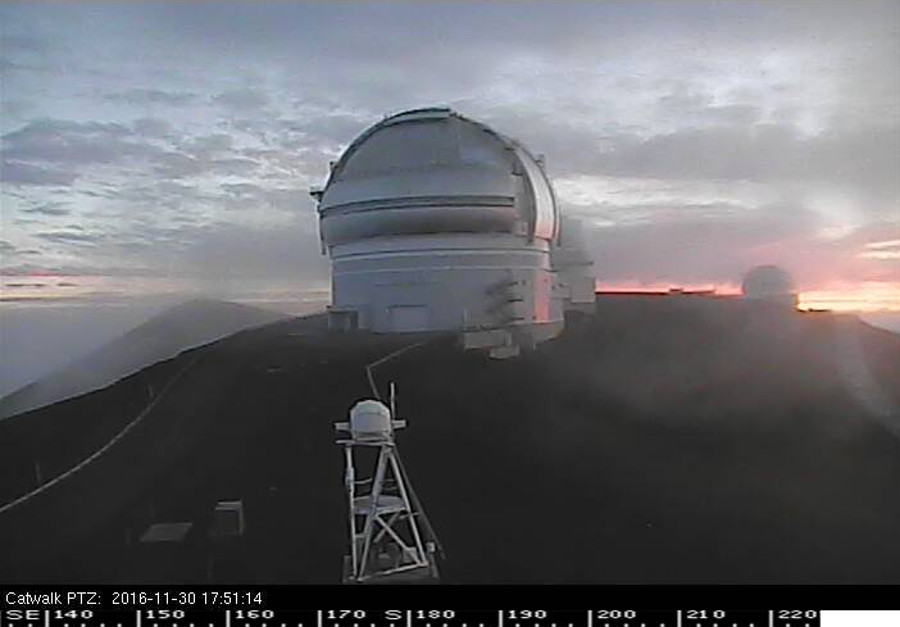 MAUNA KEA (BIVN) - A surge of moisture moving in from the southeast could bring bursts of heavy snow to the summits of Mauna Kea and Mauna Loa.

UPDATE (Dec. 1 at 6:25 a.m.) – The Winter Storm Watch has been replaced by a Winter Storm Warning. The Mauna Kea Access Road has been closed at the Visitor Information Station at the 9,200 feet elevation due to heavy snowfall and ice on the roadway.

MAUNA KEA, Hawaii – The summits of Mauna Kea and Mauna Loa on Hawaii Island are expecting to see snow.

The National Weather Service in Honolulu has issued a Winter Storm Watch for the Big Island, which is in effect from Thursday afternoon through Friday afternoon.

Forecasters say an upper level low moving over the area will lower the temperature to freezing levels and destabilize the atmosphere. A surge of moisture moving in from the southeast could lead to bursts of heavy snow across the Hawaii Island summits above 12,000 feet.

Heavy snow with accumulations in excess of 6 inches is possible, the National Weather Service reports. Icy buildup on roadways is also possible due to freezing fog.

“Isolated convection and short periods of heavier snow are also possible for this afternoon,” wrote forecaster Ryan Lyman on the Mauna Kea Weather Center webpage at 5 p.m. HST. “The inversion will eventually fall apart as the low intensifies, which will likely lead to a very saturated and unstable air mass between sunrise tomorrow and early Friday evening. This could allow for the development or more widespread convection and more significant snowfall at the summit during this period.”

The National Weather Service has also issued a Flash Flood Watch for the rest of the Big Island.

The same weather system could lead to heavy rains and thunderstorms for the entire state, but especially Hawaii Island.