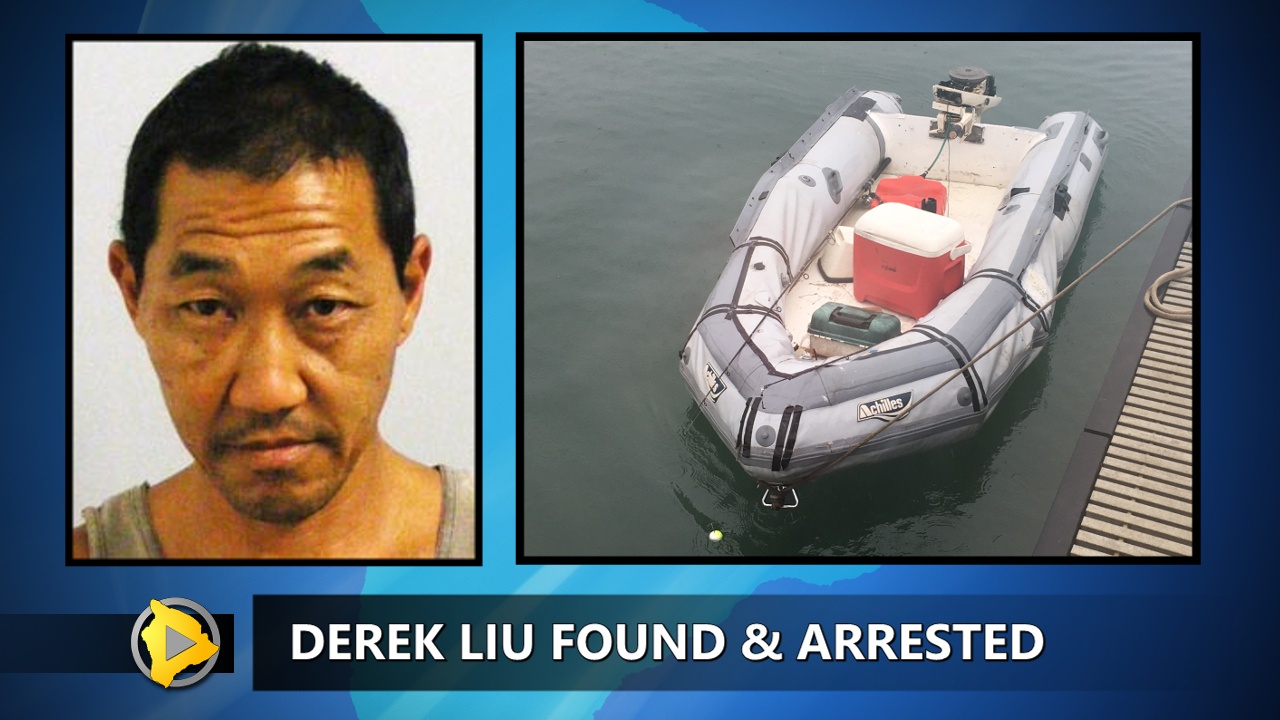 HAWAII ISLAND – Police have located 52-year-old Derek Liu of Honokaʻa, who was recently the subject of a missing person investigation when his boat was found floating a mile off the Kohala coast.

Liu was found in Keaʻau at 1:30 a.m. Monday (December 19) and arrested and charged with two counts of violating terms of bail, Hawaii County Police say.

Liu was one of two men arrested in connection with a burglary August 7 in the Ainaloa subdivision in Puna. Liu was arrested September 15 and charged with first-degree burglary. His bail was set at $25,000.

On December 2, police announced they were searching for Liu, who was wanted for violating terms of bail.

“Reports were also received of a man and a woman seen by fellow campers using a dinghy matching the description of the one found,” the U.S. Coast Guard reported. “The dinghy has evidence of recent use with two fishing rods, tackle box and fresh fish in the cooler aboard. Owner of the Zodiac is thought to be Derek Liu. He is believed to own a green Nissan truck with a trailer that has been left at the campsite.”

The U.S. Coast Guard launched a three day search of the surrounding area. The search was called off on December 7.

“Our condolences go out to the family and friends of Mr. Liu,” said Coast Guard 14th District public affairs officer Lt. Scott Carr at the time. “We extend our thanks to our partners in the Hawaii County Fire Department and the Navy for their support and time on this search.”