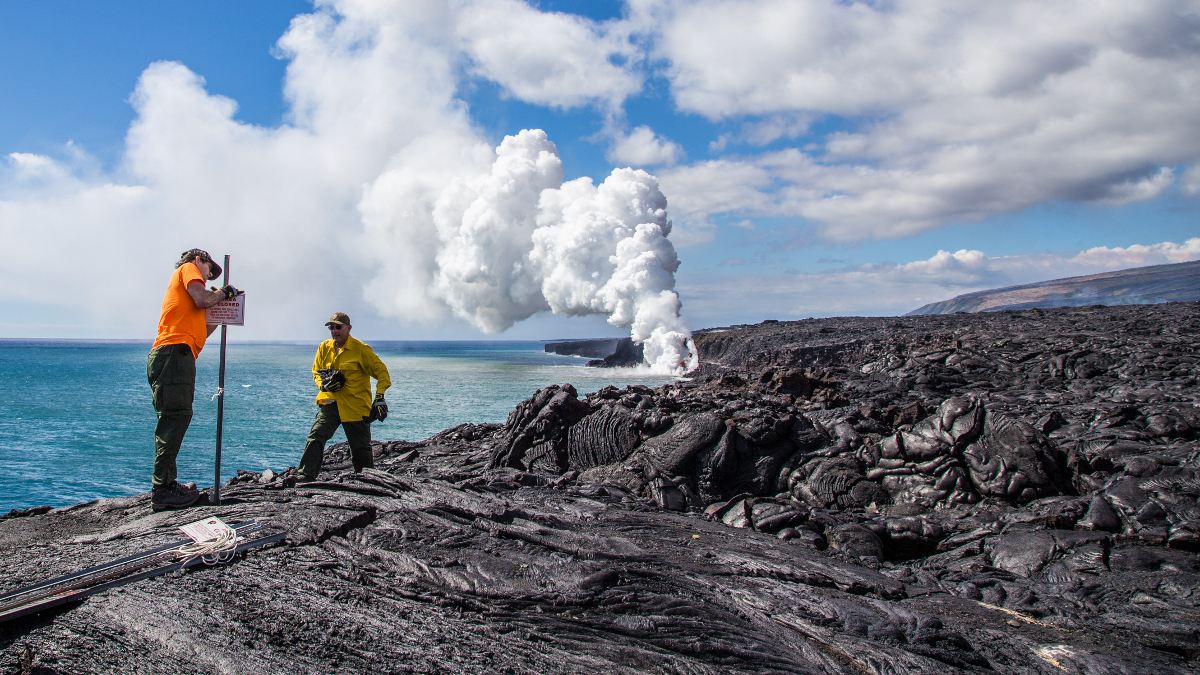 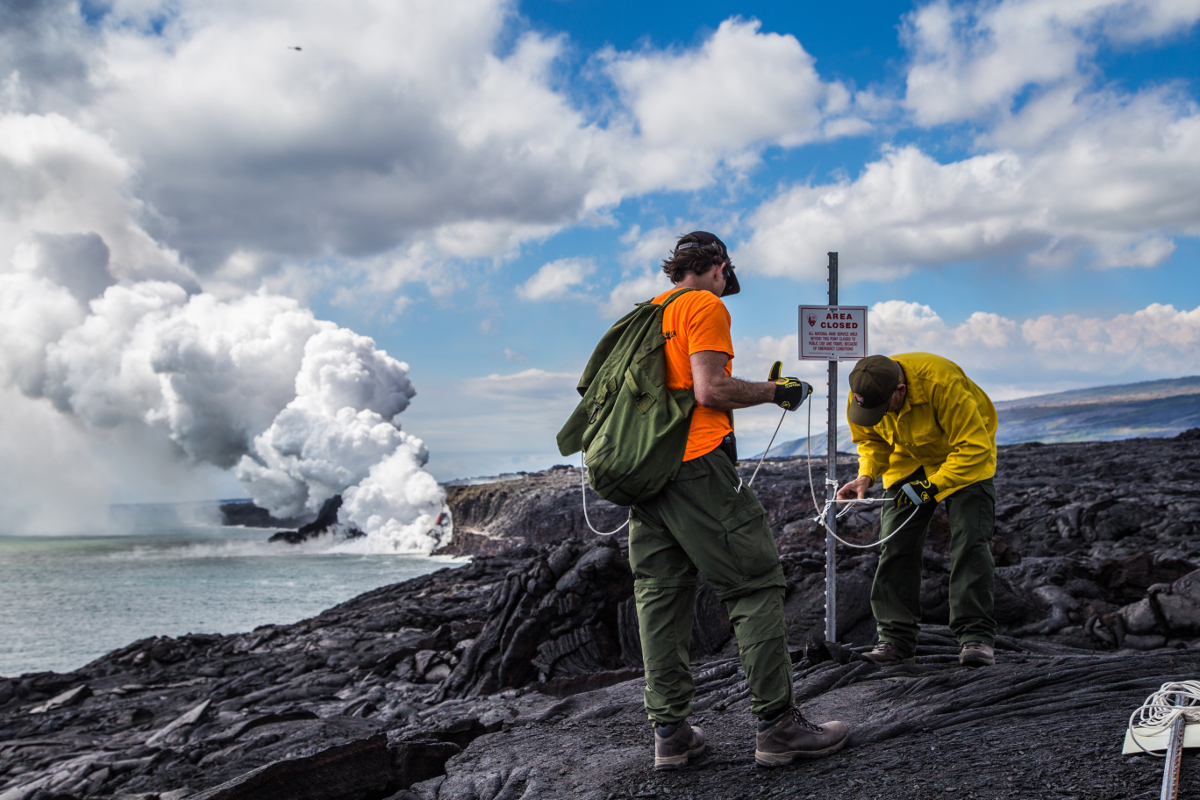 (NPS Photo/Janice Wei) The National Park works on the lava viewing area near the ocean entry on January 2.

UPDATE (3 p.m.) – Today, a new viewing area was opened at Kamokuna, approximately 900 feet east of a cascade of lava pouring into the ocean, and about 60 feet inland of the coastal cliffs. “Rangers, in conjunction with USGS Hawaiian Volcano Observatory scientists, thoroughly assessed the area, and established the new viewing site with white rope lines and numerous signs that clearly mark hazardous closed areas,” the National Park Service said in a media release.

“There’s a great view of a new lava cascade streaming into the ocean from the new viewing spot,” Hawaii Volcanoes National Park wrote on a Facebook update, “which was moved about 900 feet from the ocean entry, and about 60 feet from the coastal cliff area. We’ll post an update as soon as we’re able!”

The park service notes that today is the 34th anniversary of the Pu‘u ‘Ō‘ō eruption. 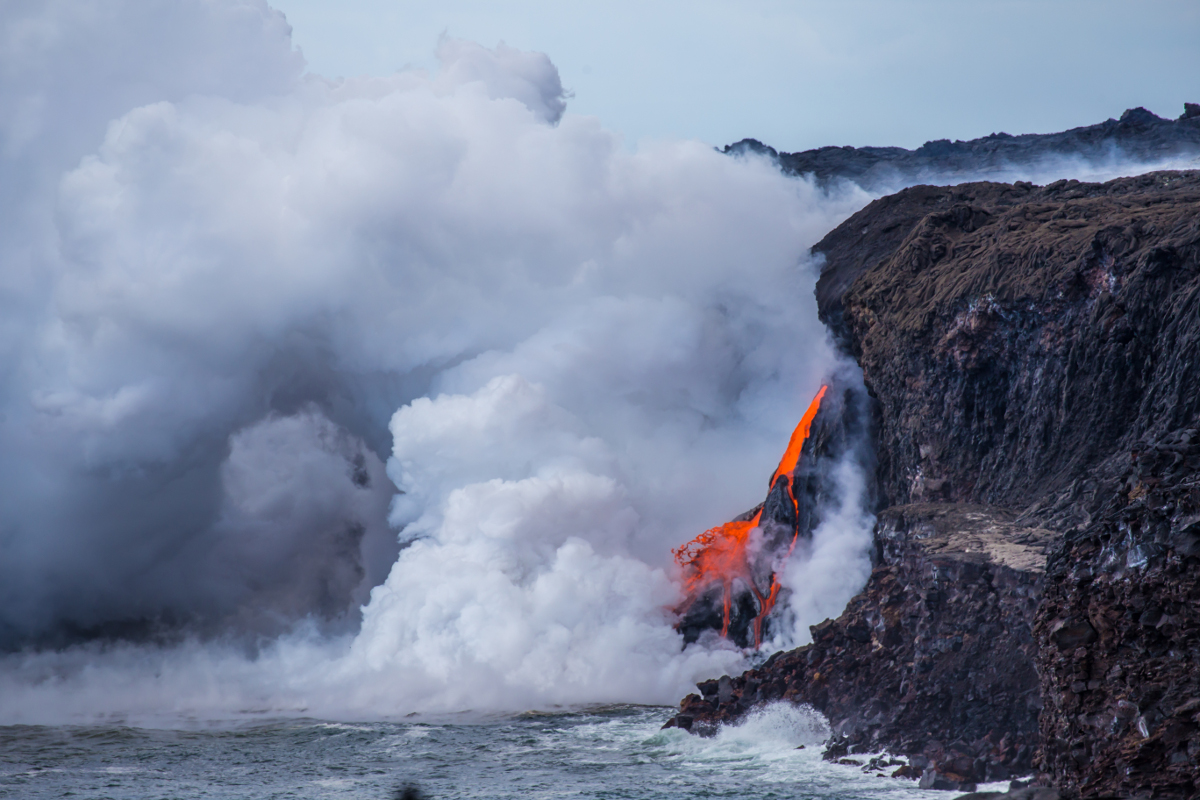