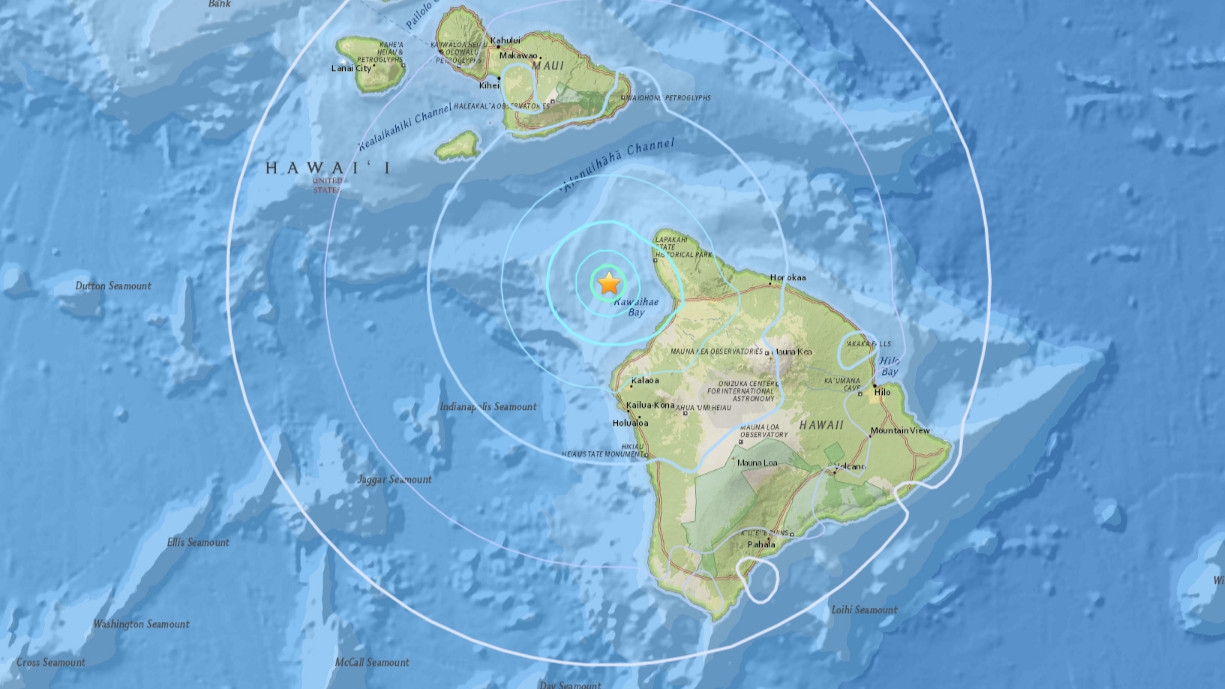 HAWAII (BIVN) - No tsunami was generated by the quake that was felt throughout the island chain on Friday morning.

HAWAII ISLAND – Over a thousand people say they felt the 4.6 earthquake that struck in the Pacific Ocean Friday morning between the islands of Hawaii and Maui.

According to Brian Shiro, HVO’s Seismic Network Manager, this earthquake was centered about 15 miles northwest of Kawaihae, at a depth of 26 miles.

The Pacific Tsunami Warning Center has determined that no tsunami was generated.

“The earthquake was felt throughout the island chain, from Hawaiʻi to O‘ahu, with the the USGS “Did you feel it?” website receiving 1300 felt reports within two hours of the earthquake,” the USGS reported. “Light shaking, with maximum Intensity of IV, has been reported across the islands. At that intensity, damage to buildings or structures is not expected.”

The earthquake caused no detectable changes in Kīlauea Volcano’s ongoing eruptions, on Mauna Loa, or at other active volcanoes on the Island of Hawaiʻi, the Hawaiian Volcano Observatory says.

“The depth, location, and recorded seismic waves of today’s earthquake suggest a source due to bending of the oceanic plate from the weight of the Hawaiian Island chain, a common source for earthquakes in this area, ” scientsist say. “Aftershocks are possible and could be felt.”