POHAKULOA (BIVN) - Recent military training has riled island residents, and as activist Jim Albertini explains, the noise is only part of the problem. 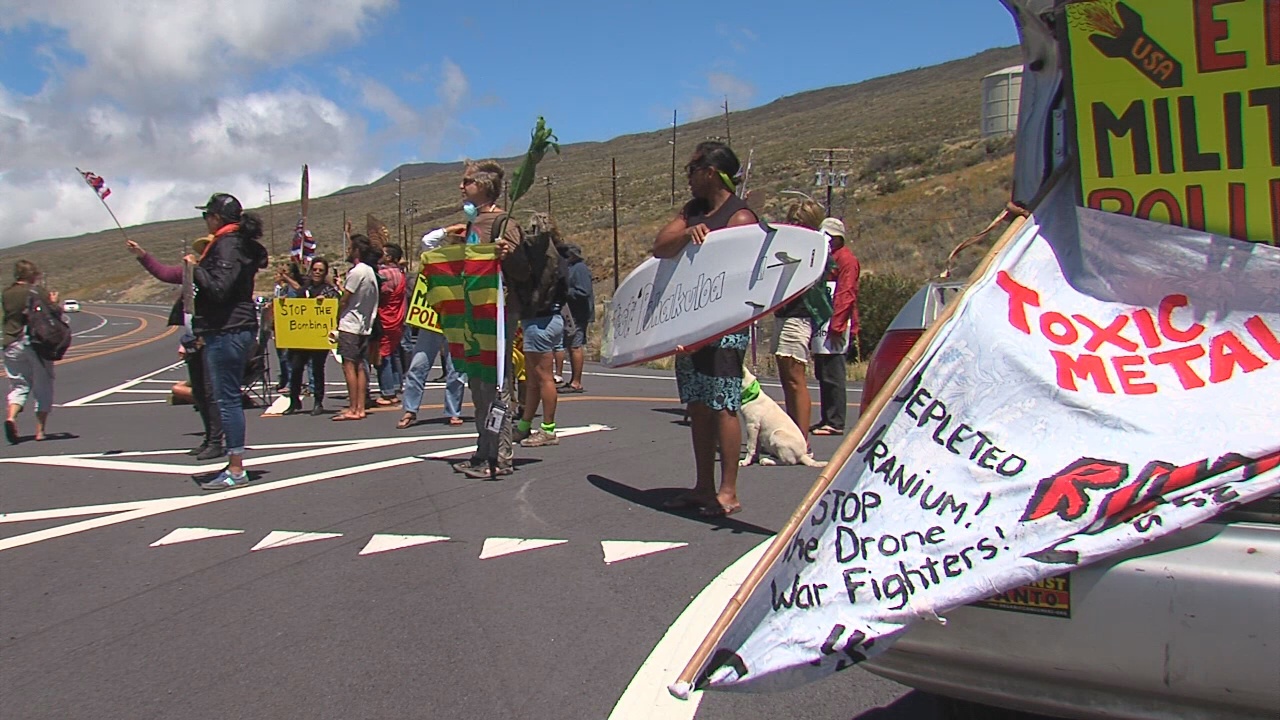 Those gathered at the gates of Pohakuloa Training Area on March 29, 2017.

POHAKULOA, Hawaii – A group of Native Hawaiians, environmentalists and peace activists gathered at the gate of Pohakuloa Training Area along Saddle Road on Wednesday.

Complaints over the elevated noise from what seems like increased military exercises at the U.S. Army facility triggered the demonstration, which involved chants, sign waving, and singing on the outskirts of the restricted area.

The participants had a number of different concerns. Activist Jim Albertini has been focused on the possibility of radiation from depleted uranium, used at the facility decades ago. Recently, the U.S. Army finalized a site-specific Environmental Radiation Monitoring Plan in order to comply with Nuclear Regulatory Commission license conditions for the possession of the DU, after the fact. Albertini called the plan a sham. 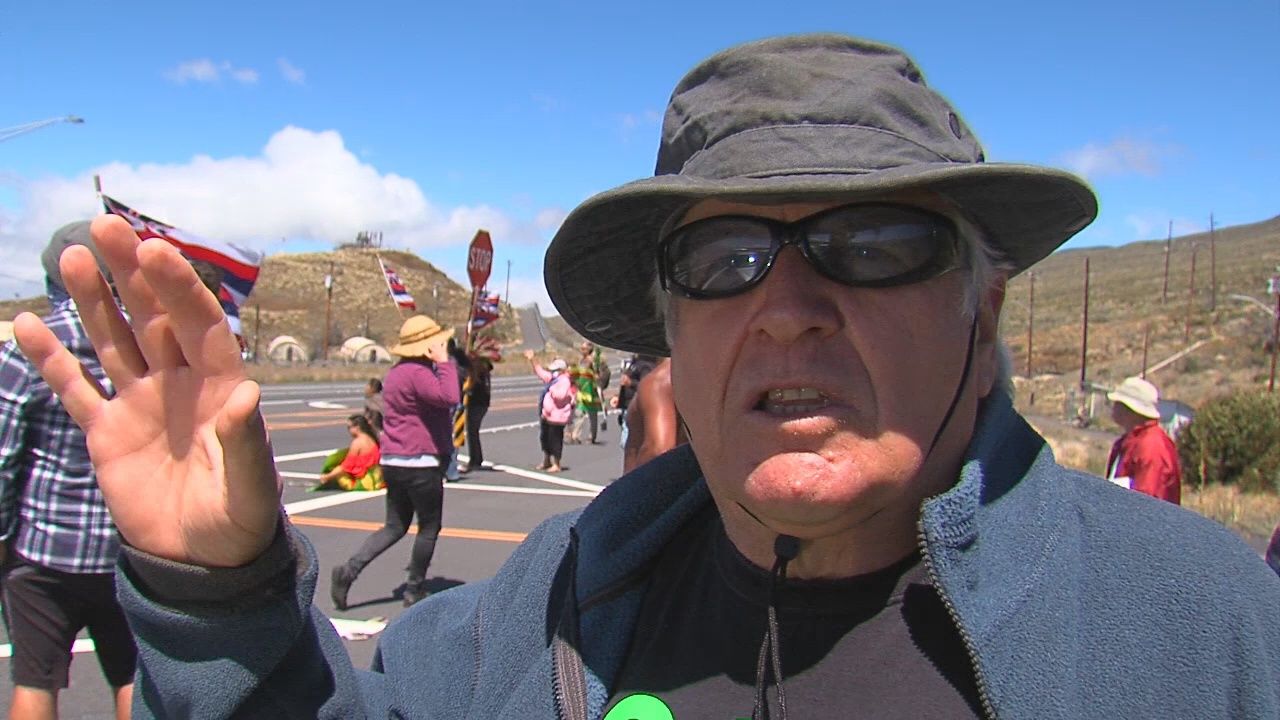 Albertini also conducted some radiation monitoring of his own at the PTA gates on Wednesday, and later wrote that he “recorded spikes of radiation up to 70 CPM (counts per minute) outside the PTA main gate when normal background is 5 – 20CPM.”

Others were voicing a long standing objection to the military occupation of Pohakuloa, which some consider sacred lands. The bombing, they say, is a desecration of the ‘aina.

Some knelt to the ground in prayer, and cried out in anguish as distant impact plumes rose within the training area.

Present for Wednesday’s demonstration: Lanakila Mangauil, carrying the ki’i of Kukia’imauna, as well as Hāwane Rios and a number of others who stood on the mountain in opposition to the Thirty Meter Telescope in 2015.

Hawaii Island residents have been flooding the U.S. Army Garrison Hawaii with questions about the increased activity at PTA.

“We have several artillery units conducting live fire training exercises,” responded PTA Garrison Commander LTC Chris Marquez to one series of emails, which was copied to a long list of recipients. “These type of munitions create an audible signature that is amplified through cloud cover and atmospherics. These units are scheduled to conduct both day and night live fire during their rotation here at PTA. We will work on providing the public more details for both the rest of the current unit rotations and for those to come. We are entering our busy season and will provide more updates as available. Mahalo for your patience and understanding.”

The public affairs office later issued this notice for training at PTA in April: 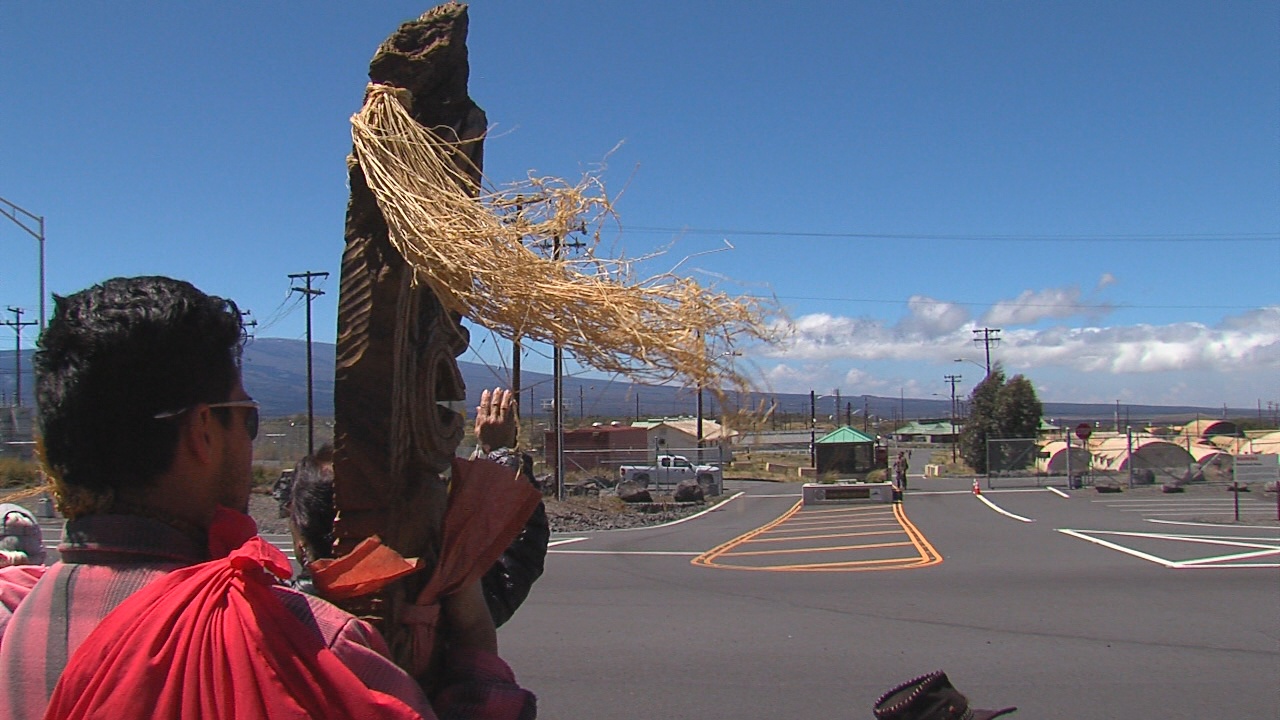