KONA (BIVN) - Democratic Congresswoman Tulsi Gabbard held her first in a series of town hall meetings at Kealakehe Intermediate School, where she was greeted by a huge, cheering crowd. 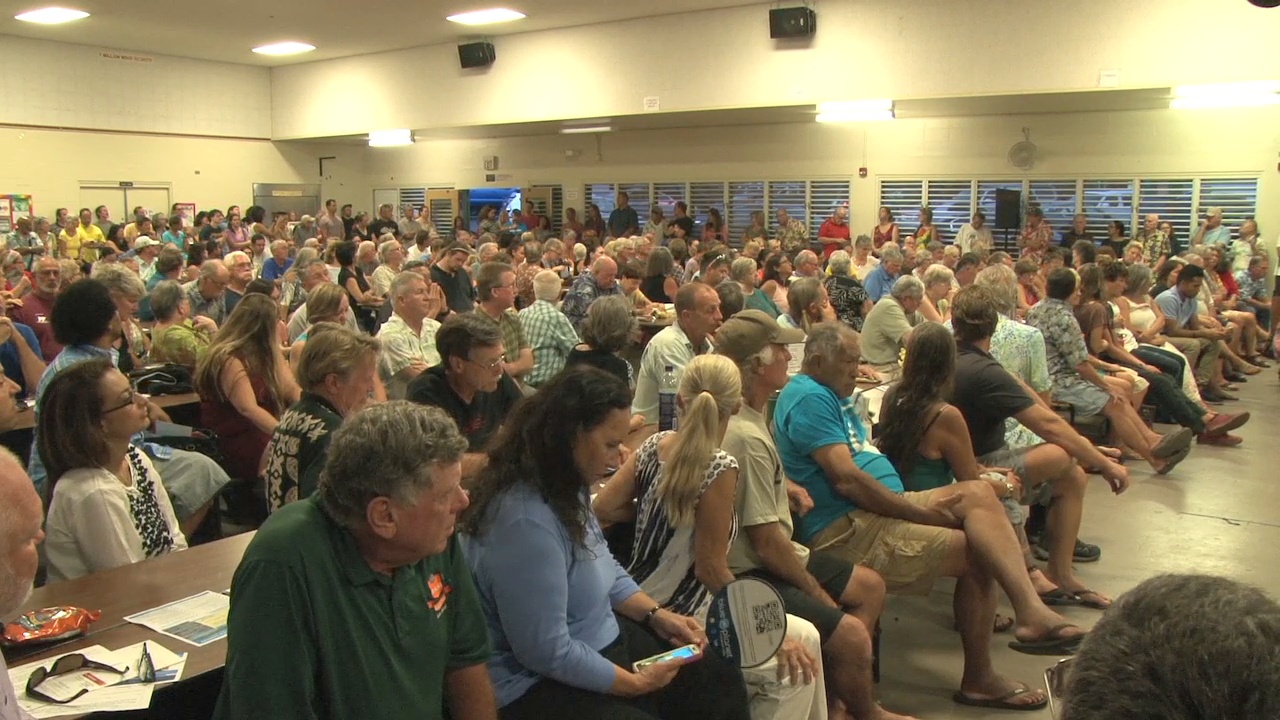 Gabbard was given a standing ovation from the sizable crowd. Many were eager to hear her take on the current situation in Syria, following President Trump’s ordered Tomahawk missile strike on the Al-Shayrat Air Base. The U.S. action was in retaliation for the regime of Bashar Assad using nerve agents to attack his own people, defense officials stated.

Gabbard was one of the first to speak out on the “short-sighted” escalation that she said “will lead to more dead civilians, more refugees, the strengthening of al-Qaeda and other terrorists, and a possible nuclear war between the United States and Russia.” 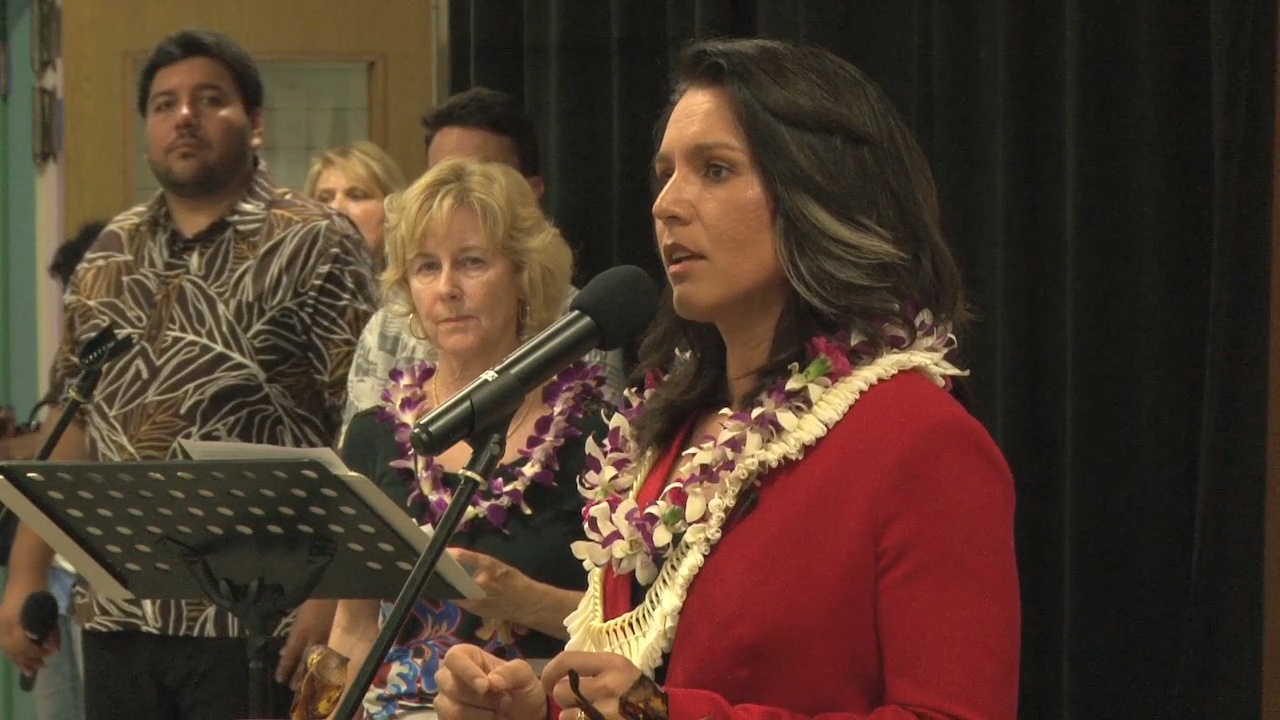 Big Island Video News will have more from these meetings under the tag: Tulsi Town Hall Tour 2017