TAPUTAPUATEA (BIVN) - The crew returned two sacred stones to the marae that were given to them when the canoes last visited in 2014 to launch the Malama Honua Worldwide Voyage. 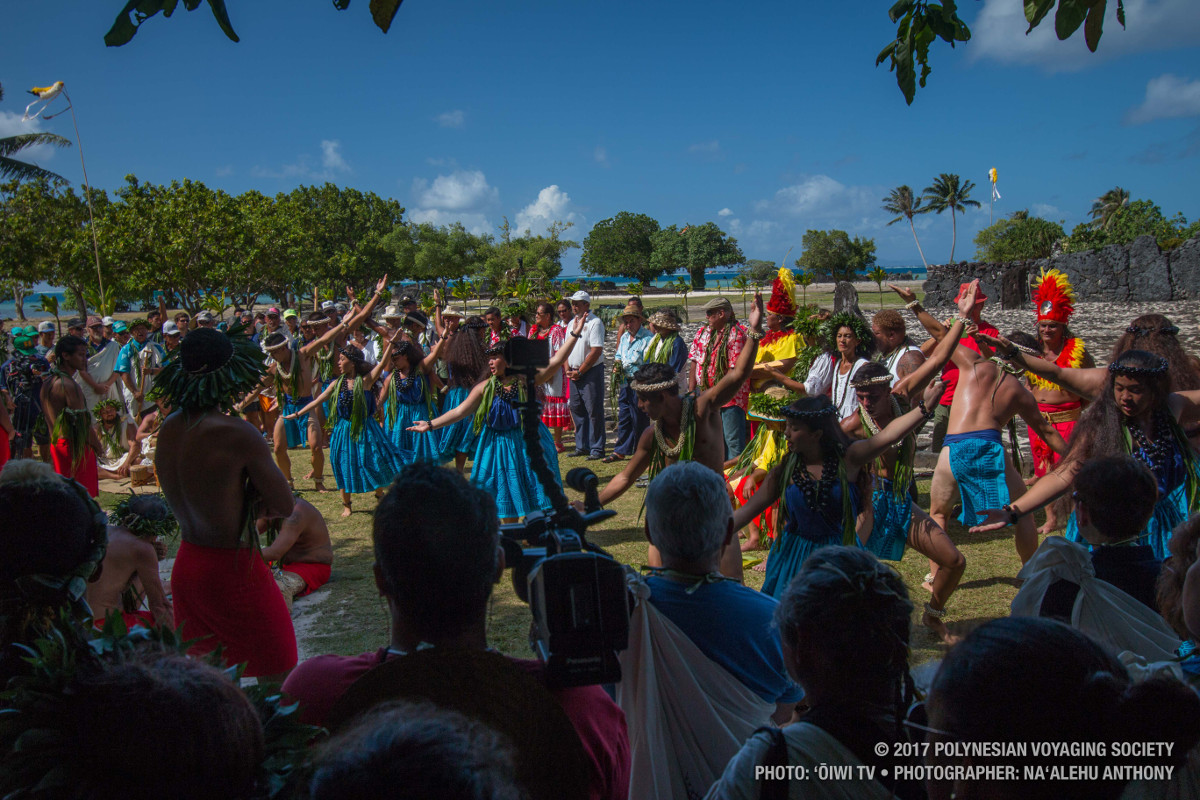 TAPUTAPUATEA – Nearing the finish of the Malama Honua Worldwide Voyage, the legendary Hōkūleʻa and Hikianalia canoes were welcomed to Taputapuatea by local dignitaries, spiritual elders and community members.

After sailing about 100 miles from Papeete, Tahiti, the canoes arrived at Taputapuatea on April 25, following the historic protocol of entering via the sacred pass of Teava Moa. The stop was in honor of the ancient tradition of Hawaii’s Polynesian ancestors who would go to Taputapuatea, the spiritual center for voyagers of the Pacific, to ceremonially launch and close their voyages of discovery. 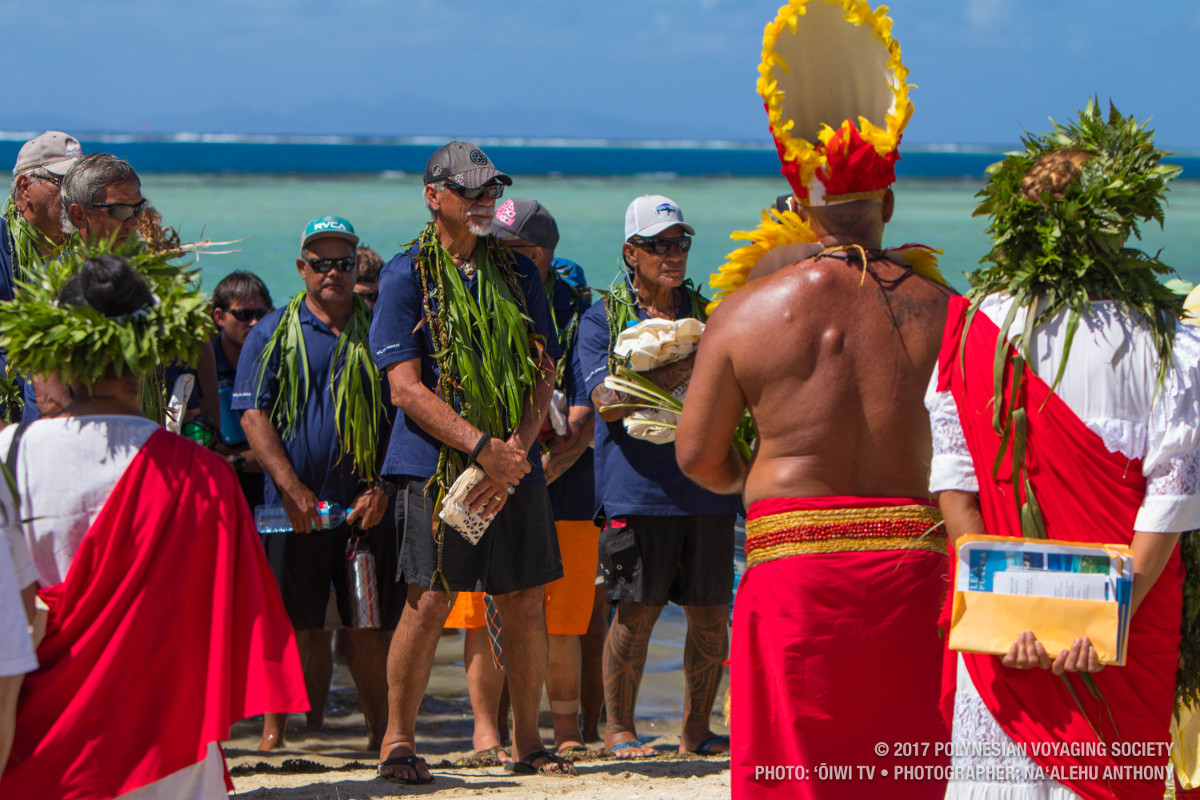 Crewleaders returned sacred stones to marae – or the focal meeting ground located on the southeastern coast of Raiatea in French Polynesia – fulfilling their responsibility to sail around the world.

The Polynesian Voyaging Society detailed the moment in video, photos, and the following written release:

The ceremony began with pwo navigator Nainoa Thompson and captain Billy Richards returning two sacred stones to the marae that were given to the crew when the canoes last visited Taputapuatea in 2014 to launch the Malama Honua Worldwide Voyage. The return of the two stones signified that the Hokulea and Hikianalia crews fulfilled their responsibility to sail around the world and deepened the connection between Hawaii and its navigational roots in Taputapuatea.

“These stones carried the spirits of all of our ancestors and the direct descendants of all of our families as we sailed around the world,” said Thompson. “Today we brought the stones home to Taputapuatea and were granted permission from by our ancestral family to return home. It’s the last permission based on the fulfillment of many promises we made,” he added.

In addition to the spiritual elders of Taputapuatea, the crew was greeted by French Polynesia president Edouard Fritch, the Taputapuatea mayor Thomas Moutame, and the country’s minister of culture Heremoana Maamaatuaiahutapu. The day-long ceremony featured the ancient rituals conducted to ceremonially complete a voyage, traditional chants and dance by the Taputapuatea community and students from Kamehameha Schools and Milolii Charter School.

Once considered the religious and cultural center of Polynesia, Taputapuatea is the location of an ancient marae that was once considered the central temple and religious center of Eastern Polynesia. Established around 1000 AD, the marae was a place of learning where priests and navigators from all over the Pacific would gather to offer sacrifices to the gods and share their knowledge of the genealogical origins of the universe, and of deep ocean navigation.

Most significantly, a truce known as the Faatau Aroha was established with the surrounding islands to form an alliance that lasted for many years and perpetuated the growth of voyaging and exploration leading to the discovery and colonization of all the islands of Eastern Polynesia, including Hawaii, Rapa Nui and Aotearoa (New Zealand). New marae were established on each of these islands with a rock being taken from Taputapuatea so that Raiatea served as a spiritual link. However, the Faatau Aroha was broken due to a conflict between two leaders of the alliance that resulted to open warfare and an end to large-scale interisland voyaging.

The archaeological remains of Marae Taputapuatea were restored in 1994 and efforts to preserve the site continues. Association Na Papa E Vau Raiatea is working towards having Marae Taputapuatea designated as a UNESCO World Heritage site and continuing work to revive connections between communities of the Polynesian triangle and throughout the Pacific region.