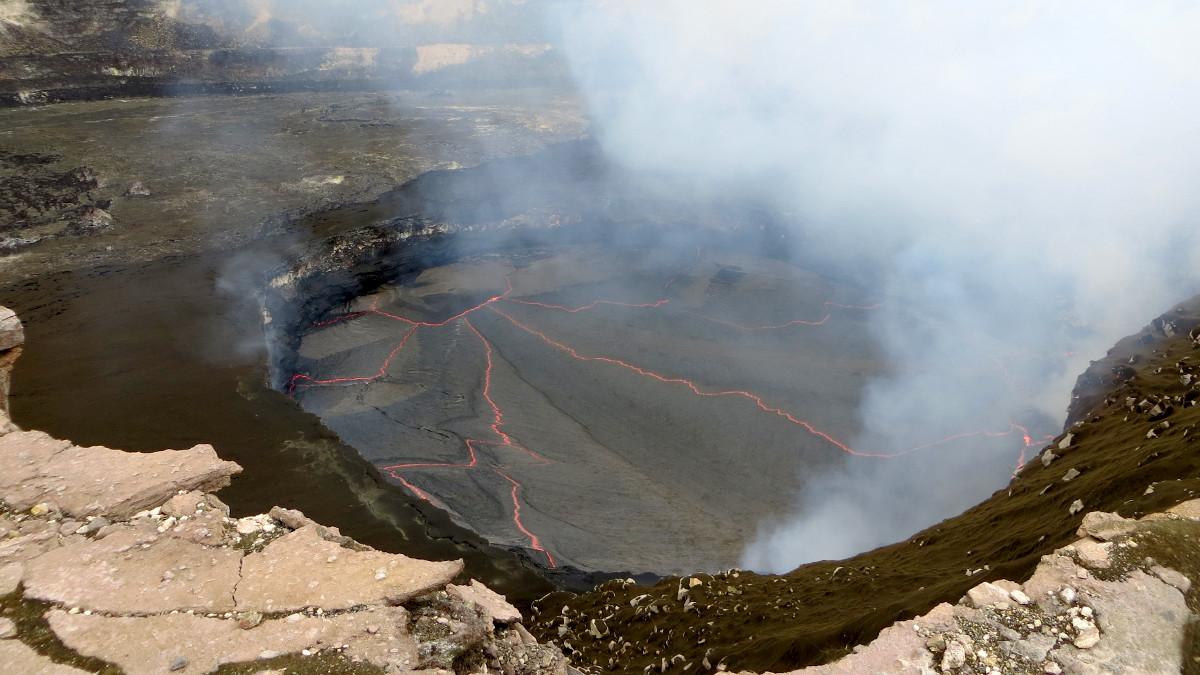 (USGS photo) An April 27 look at the lava lake level, measured at 12.5 m (41 ft) below the vent rim, the highest level the lake reached that month.

In the time since the new volcanic vent opened in 2008, the Halema‘uma‘u Crater vent has gotten larger, and the lava lake level has risen, also. These days, spattering on the lake surface sometimes visible from the Jaggar Museum Observation Deck.

At a recent After Dark In The Park talk story, filmed by Hawaii Volcanoes National Park, geologist Matt Patrick gave some perspective to the size of the crater. Its as big as Aloha Stadium, for starters. How does it compare to the U.S. Capitol? Or the Pentagon?