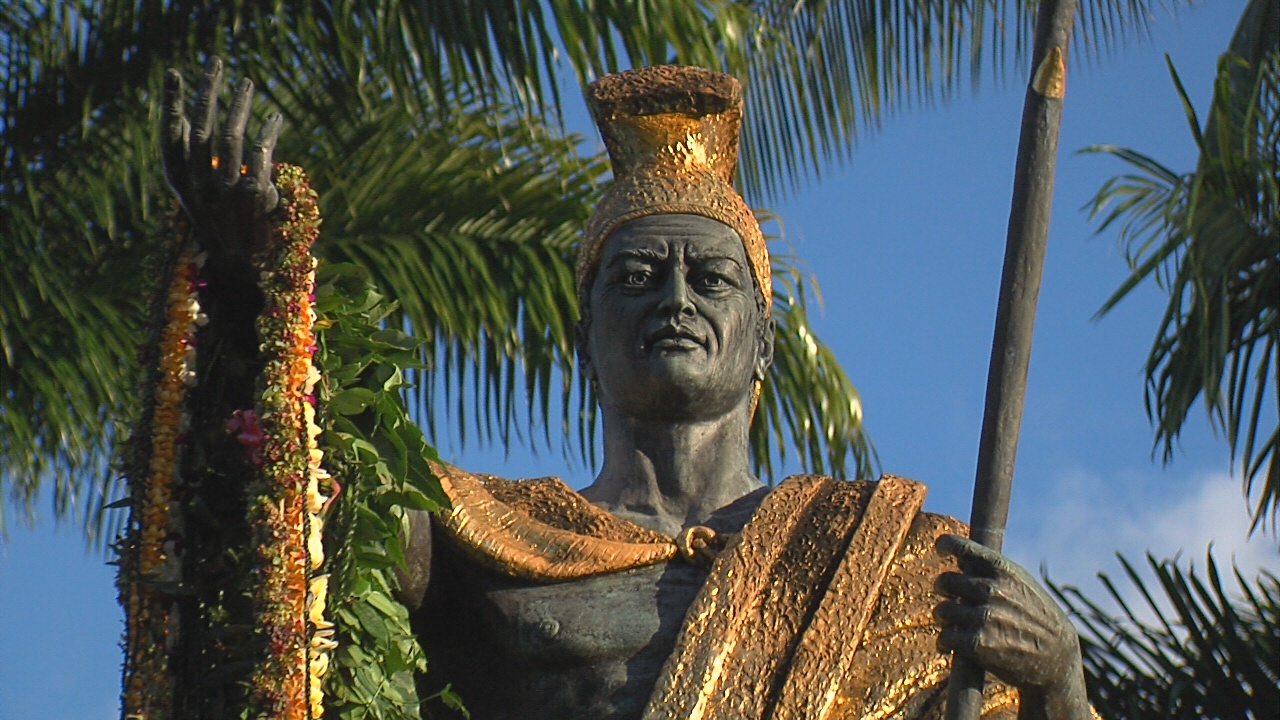 HAWAII ISLAND - North Kohala, the birthplace of the chief who united the islands, will celebrate Sunday, as will Hilo.

(BIVN) – King Kamehameha Day will be celebrated in North Kohala and in Hilo today.

North Kohala, the birthplace of Kamehameha, will hold its annual parade and ho’olaule’a in Kapa’au.

The original statue of Kamehameha will be draped in 25-foot-long floral lei starting at 8:00 a.m., according to the North Kohala Kamehameha Celebration website. Ceremonies begin with an opening blessing, followed by hula, history, and music.

Then the road will close at 11 a.m. for the traditional floral parade. Pa’u riders will make their way from Hawi to the statue and Kamehameha Park in Kapa’au.

The traditional Ho’olaule’a will be also held at Kamehameha Park from 10 a.m. to 4 p.m.

According to the presenters, the Royal Order of Kamehameha I, Māmalahoa, this year’s festival theme is E ‘Onipa‘a Kākou, “To be steadfast, established, firm, resolute and determined.” This was Queen Lili‘uokalani’s motto, the presenters say, adding the theme “was chosen in honor of Queen Lili‘uokalani’s and in remembrance of the 124 anniversary of the illegal Overthrow of the Kingdom of Hawai‘i.”

The Festival will feature Hawaiian music by top musicians and the sharing of traditional dance by selected Hula Hālau throughout Hawai’i. There will also be art and craft vendors and ono food.