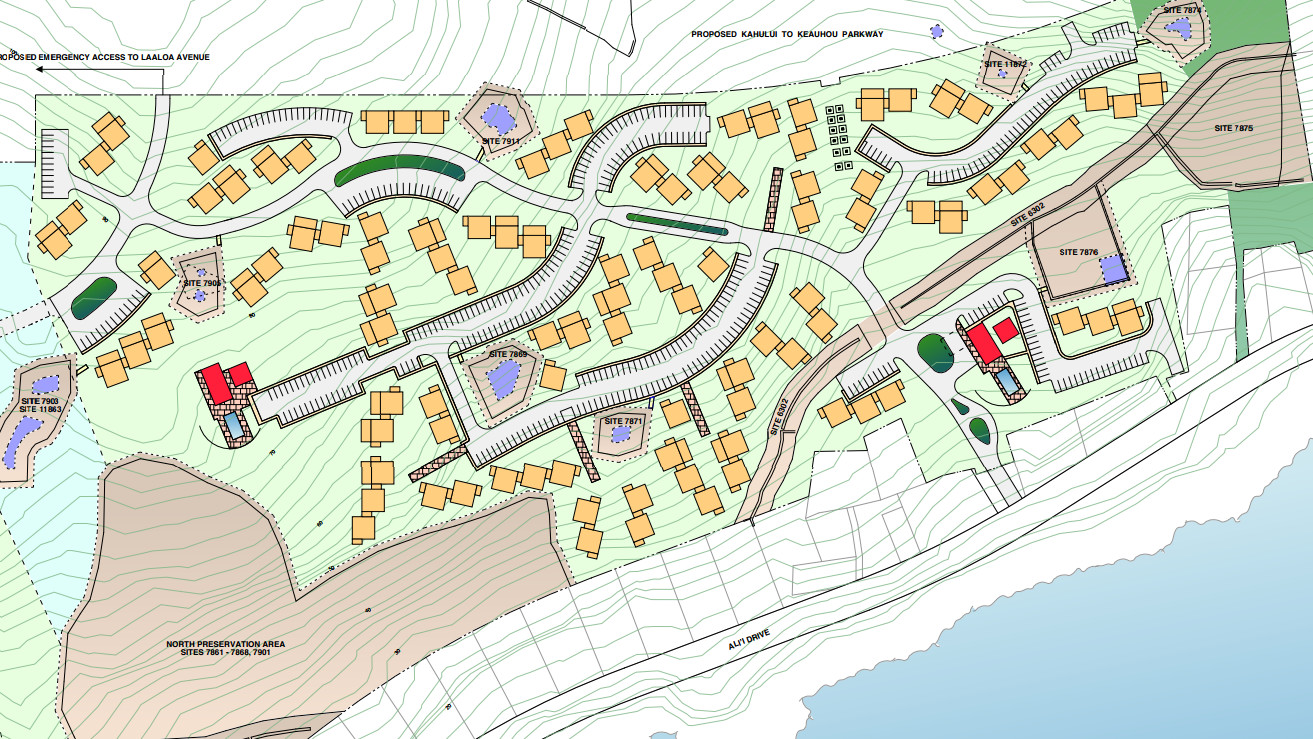 KAHALUʻU, Hawaii - The withdrawal of the Special Management Area permit application for the 306-unit development signals the "end of all current attempts to develop that property".

(BIVN) – A controversial 306-unit condo development planned for Kahaluʻu has been terminated.

The principals of Ocean Villas at Kahalu’u Bay LLC have withdrawn their application for a Special Management Area permit to develop a multi-family residential project on the parcel referred to as Land Area 26 in Kahaluʻu, Kona.

In a media release issued Wednesday, Kamehameha Schools and its affiliate, Kamehameha Investment Corporation (KIC), confirmed the withdrawal of the permit application, and said the move “signals the end of all current attempts to develop that property and the termination of a purchase agreement between Ocean Villas and KIC that began in 2003.”

Spokesman for the development Chris Lau stated, “Ocean Villas is very appreciative of the Hawaii County Planning Department’s consideration of the SMA application and the many courtesies extended to it by KIC during the pendency of the purchase agreement for Land Area 26. We also thank members of the community who participated in the public hearings and wish them well on their future endeavors.”

The proposal drew an unfavorable response from many long-time Kona residents. The permit application was challenged in a contested case hearing.

Simmy McMichael, one of those at the forefront of the effort to halt the project, said recently that she hoped Kamehameha Schools would keep the lands as a cultural living center that might compliment the school’s efforts at Kahalu’u Ma Kai.

With the purchase agreement ended, Kamehameha Investment Corporation says it will coordinate responsibility for the parcel with Kamehameha Schools.

“We respect Ocean Villas’ decision, and we will accept kuleana for the land,” said Kāʻeo Duarte, KS vice president of Community Engagement and Resources. “We look forward to working with lineal descendants and other community stewards who have been active at that site for years to determine appropriate treatment for the wahi kupuna on the property. Our priority for Kahaluʻu remains the removal of the former hotel structure and continued restoration and interpretation of sites on the ma kai property.”