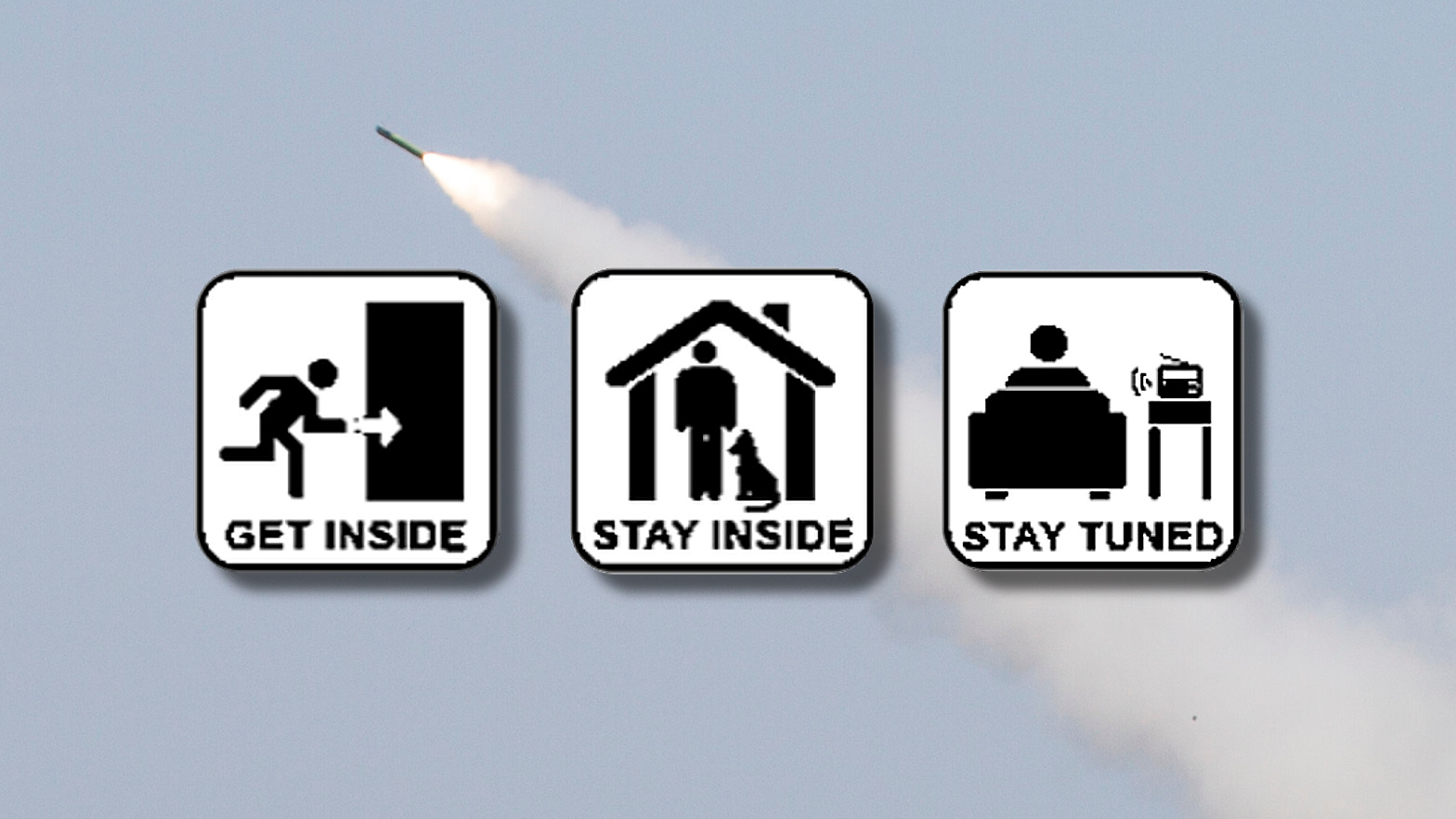 Hawaii: What To Do If North Korea Launches Nuke

HONOLULU, Hawaii - Hawaii officials have announced the start of a public information and education campaign related to the potential North Korean ICBM threat.

On Friday, this “guidance summary for coordinated public messaging – nuclear detonation” was posted to the HI-EMA website. It presents a simple overview of what island residents can expect in the event of a nuclear attack, from the first sirens to the recommended actions that should be taken by the public. 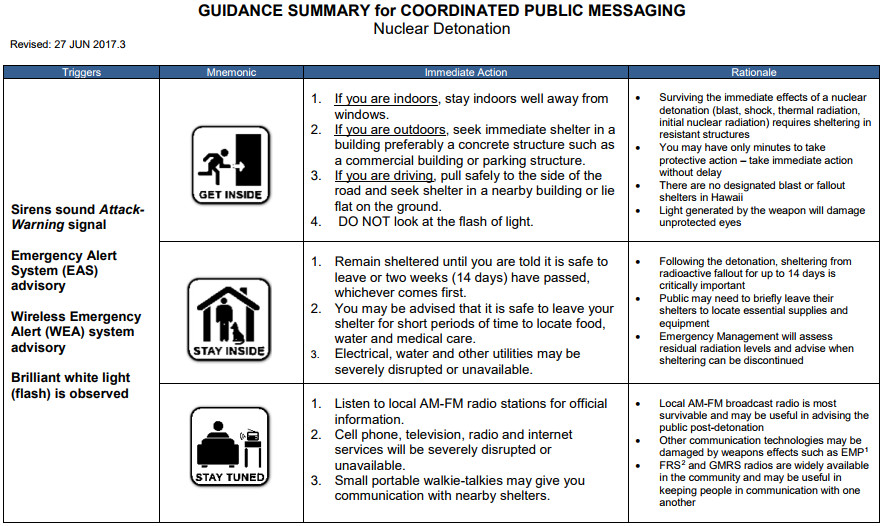 The threat of a ballistic missile threat from North Korea is currently assessed to be low, Hawaii officials say. Still, HI-EMA has been working on preparedness and consequence management plans since December 2016, as the “bellicose rhetoric” from Kim Jong-un’s Democratic People’s Republic of Korea has increased, along with ballistic missile tests.

“We do not want to cause any undue stress for the public; however, we have a responsibility to plan for all hazards”, said Vern Miyagi, HI-EMA Administrator. “We don’t know the exact capabilities or intentions of the North Korean government, but there is clear evidence that it is trying to develop ballistic missiles that could conceivably one day reach our state. Therefore, we cannot wait to begin our public information campaign to ensure that Hawaii residents will know what to do if such an event occurs.”

According to officials, Hawaii once joined multiple civil defense agencies across the nation, routinely updating plans and conducting drills related to nuclear attack scenarios during the Cold War era (1950’s-1980’s). HI-EMA says its staff has reviewed those plans and are preparing updates based on the best available science and case studies.

HI-EMA’s new plans instruct Hawaii residents and tourists on what to do if a ballistic missile attack is detected.

For example, DO NOT look at the flash of light, officials warn, because the light generated from a nuclear detonation will damage unprotected eyes.

If you are indoors, officials say in another survival tip, remain inside and away from windows. Be prepared to remain sheltered for two weeks unless you are told it is safe to leave.

Hawaii State Representative Matthew LoPresti, Vice-Chair of the House Committee on Public Safety, issued a statement in support of the educational campaign, saying the effort shows that the State is serious about protecting its civilians even in such an unlikely event.

“Disasters in any form are rare, happen with little warning, and give rise to damaging and unexpected scenarios. A missile attack by North Korea would indeed be amongst the most unlikely disaster scenarios for Hawaii. Nevertheless, it is the burden of state government to be prepared,” said Rep. LoPresti. “As a legislator and Vice-Chair of the Public Safety Committee, I am pleased that the Hawaii Emergency Management Agency took the concerns of the House seriously and is following through on their promises during this legislative session to update emergency plans and educate the public. This news should not alarm anyone and rather should give comfort to residents and visitors alike that the state is looking out for their well-being.”