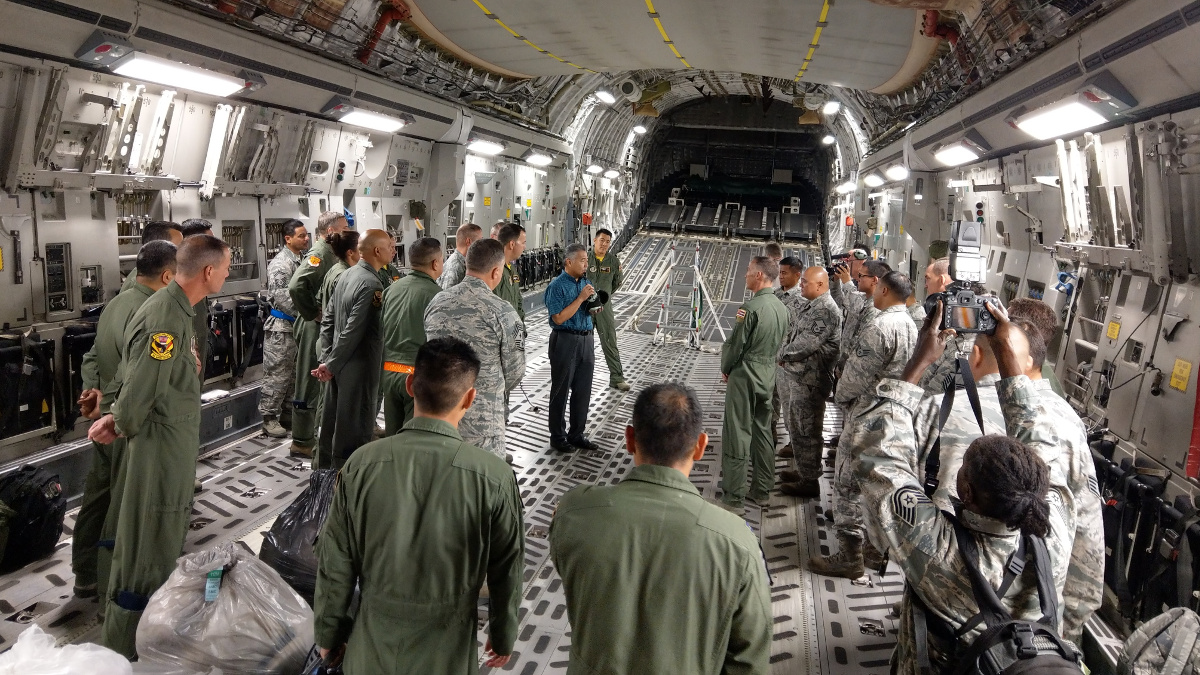 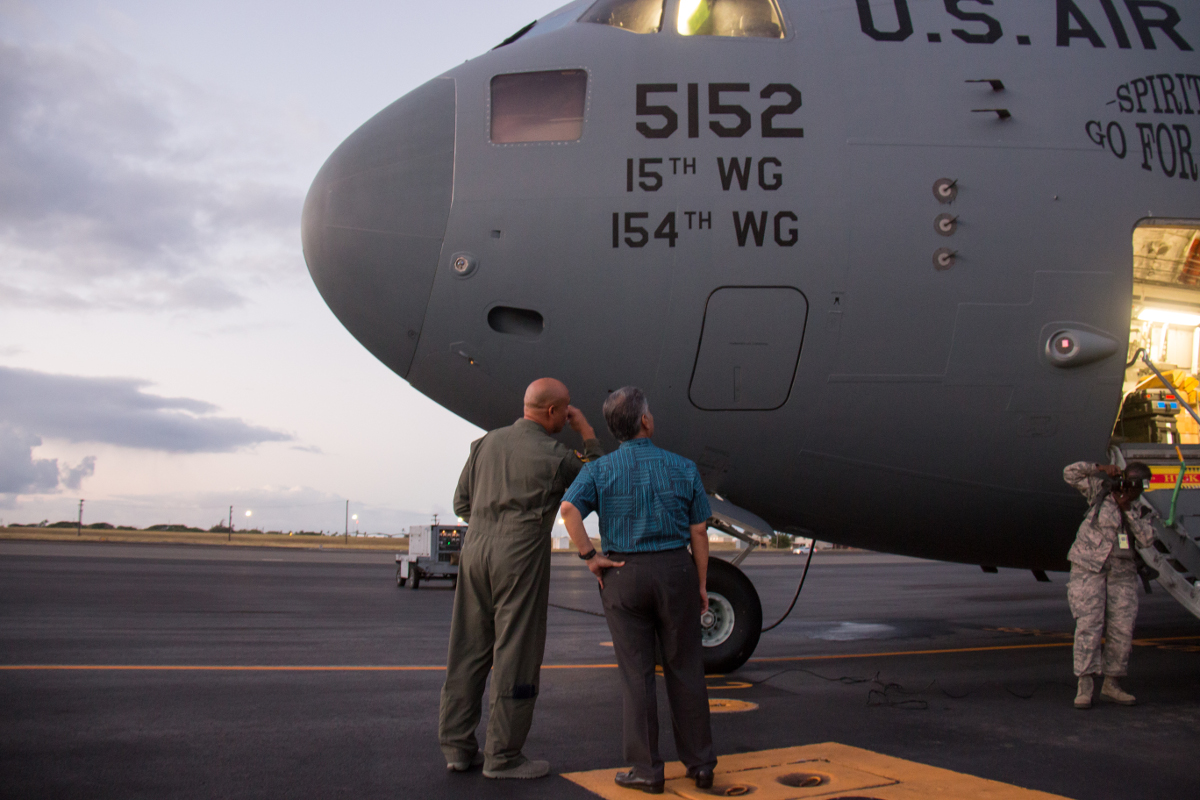 (BIVN) – The Hawaiʻi Air National Guard is on its way to help the residents of Texas who have been impacted by the destruction wrought by Hurricane Harvey.

The C-17 is carrying two flight crews and maintenance personnel; 16 Airmen in total. They will initially fly to Memphis International Airport in Tennessee, the state says, where they will transport relief supplies to the hurricane-damaged areas around Houston, Texas.

The Hawaiʻi Air National Guard received the request for assistance from the National Guard Bureau yesterday afternoon and was prepared to depart just after dawn today.

Gov. David Y. Ige and Hawaiʻi National Guard leadership were on hand to see the flight crews and maintenance personnel off at Hickam Field. The governor’s office provided photographs of the moment.

“I’m very proud of our Hawaiʻi National Guard Airmen who were able to generate this mission on very short notice,” said Gov. Ige. “Hawaiʻi stands with our brothers and sisters in Texas and I know the crew will be bringing the Aloha Spirit to a lot of people who are in great need right now.”

The C-17 has been tasked with transporting relief supplies such as generators, tactical shelters, medical supplies and field kitchens from National Guard units from other states. They anticipate they will be flying multiple missions and the return date has not yet been determined. The 204th Airlift Squadron is one of three flying units within the Hawaiʻi Air National Guard’s 154th Wing, the largest and most complex wing in the entire Air National Guard. The Guard is tasked with being ready for war or any other operational contingency overseas and well as disaster response here at home.