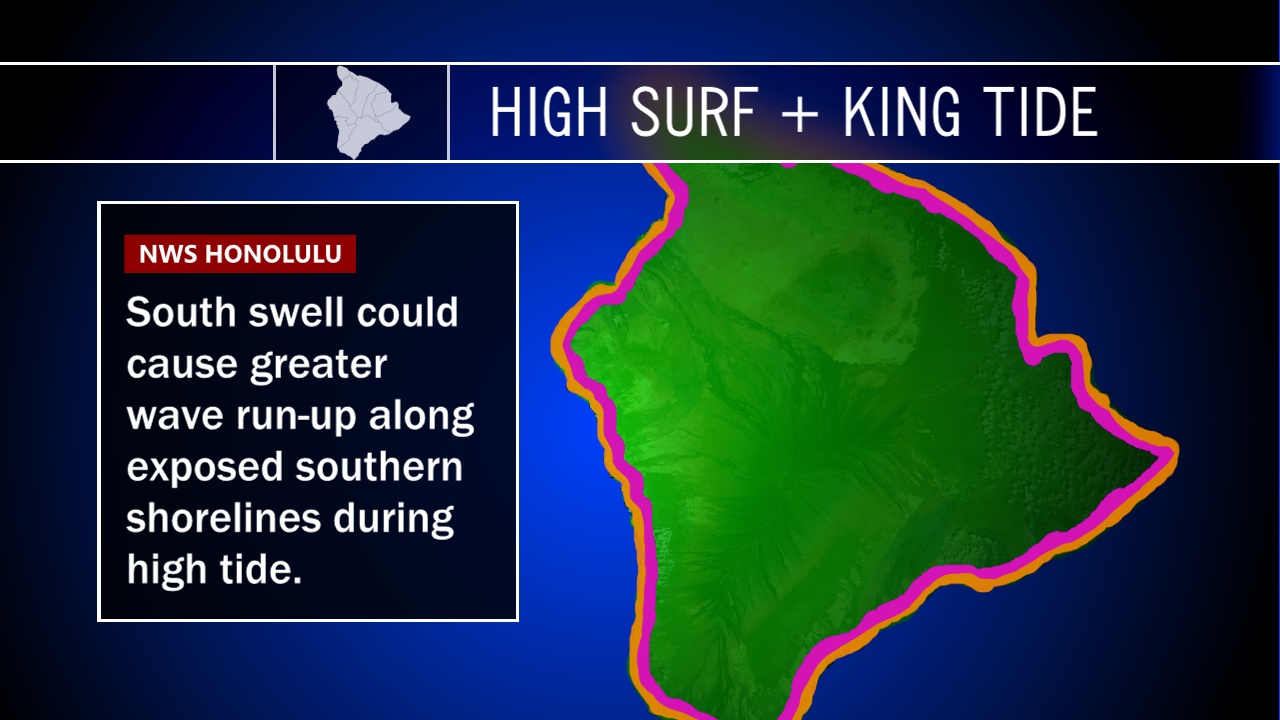 HAWAII ISLAND - The greatest potential for coastal flooding impacts will be during the afternoon hours, when the highest tides are expected.

(BIVN) – Coastal flooding associated with king tides is a possibility over the Labor Day weekend, the National Weather Service reports.

“The greatest potential for coastal flooding impacts will be during the afternoon hours, when the highest tides are expected,” forecasters wrote in a social weather statement Saturday. “To make matters more concerning, an elevated south swell will likely cause greater wave run- up along some exposed southern shorelines, especially during high tide.”

A high surf advisory remains in effect for all islands as south facing shores could see wave heights of 5 to 8 feet today. Surf will gradually lower tonight into early next week.

“Impacts of the king tides may include flooding of beaches that are normally dry, salt water inundation of typically vulnerable low-lying roads, docks, boat ramps and other coastal infrastructure,” the National Weather Service stated. “The threat of coastal flooding will ease by Tuesday, as the peak daily tides diminish.”