HAWAII ISLAND - John Tarson of Epic Lava Tours provides an overview of the latest lava activity to make its way down the pali and onto the coastal plain. 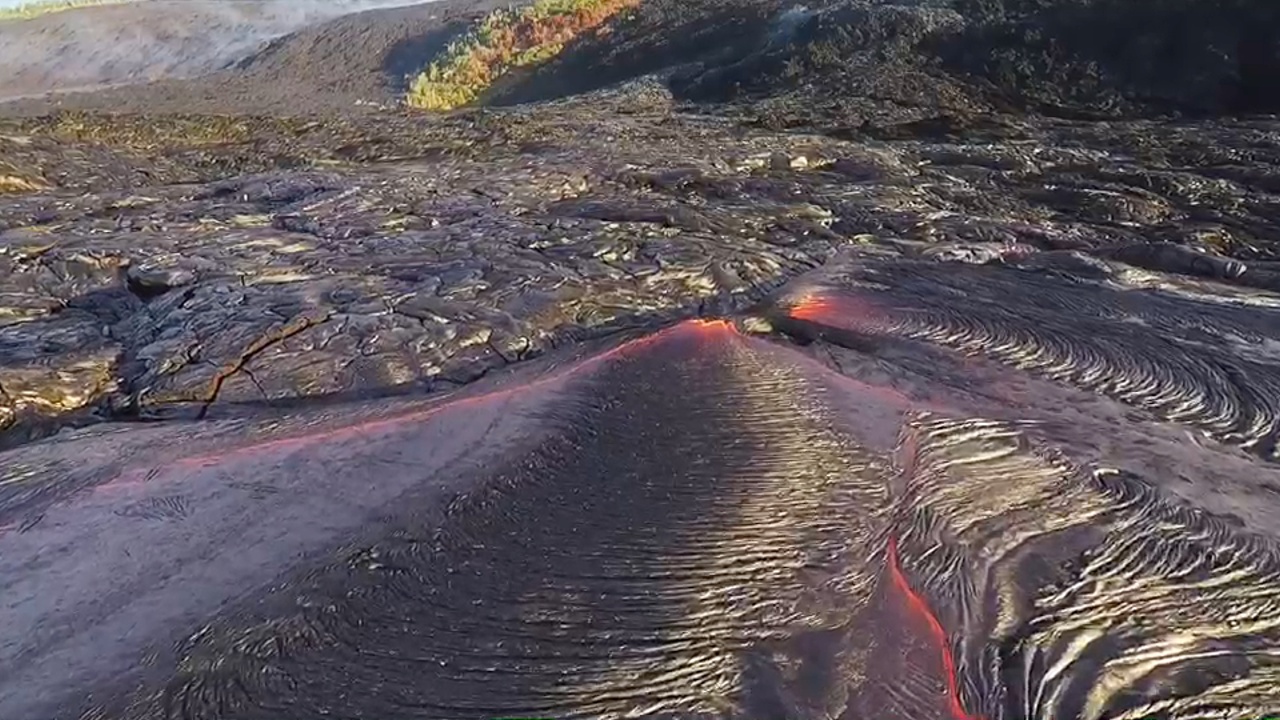 (BIVN) – Lava tour guides have been catching some impressive sights out on 61g lava flow in recent days.

John Tarson, guide and videographer with Epic Lava Tours, captured some impressive footage as channelized lava flowed down the pali and slowly crept along the coastal plain.

“There’s been some serious action in the last couple days,” Tarson said in a message accompanying a slew of video clips captured out on the lava field and shared with Big Island Video News.

USGS Hawaiian Volcano Observatory confirmed that the surface lava flow activity persists on the upper portion of the flow field, on the pali, and in scattered areas on the coastal plain. “None of these flows poses any threat to nearby communities at this time,” the scientists wrote Sunday morning.