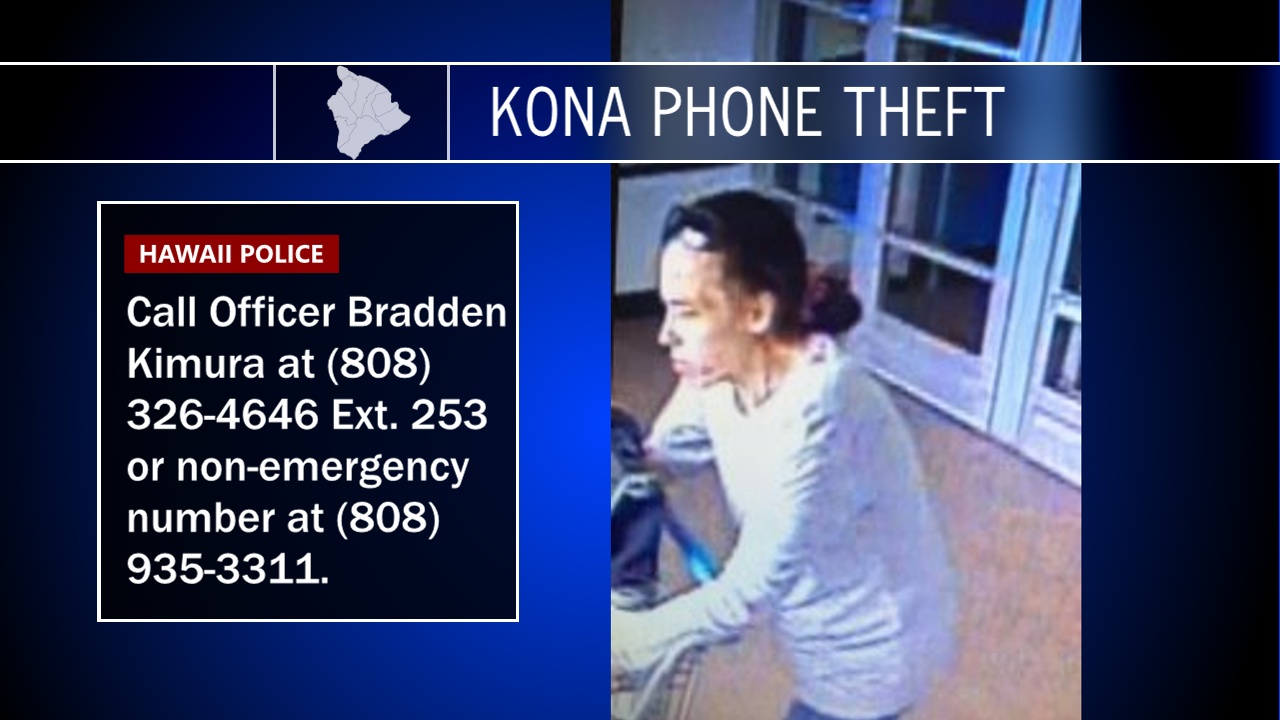 KAILUA-KONA, Hawaii - Police say video surveillance appears to show an unidentified woman picking up a phone left at a counter and concealing it.

(BIVN) – Police are asking for the public’s assistance in identifying a woman who is suspected of stealing a black LG brand cellular telephone.

According to the Hawaii County Police Department, the victim reported that she forgot her phone on a counter at the Kailua-Kona Walmart store on August 15.

“After reviewing video surveillance, it appears as if the unidentified woman picks up and conceals the victim’s phone,” police say. “The suspect is described as Caucasian/Hispanic, aged 35-40, 5-feet-four-inches, 140 pounds, long brown hair, and has a tattoo near or on her neck.”

Tipsters who prefer to remain anonymous may call the islandwide Crime Stoppers number at (808) 961-8300 and may be eligible for a reward of up to $1,000.00. Crime Stoppers is a volunteer program run by ordinary citizens who want to keep their community safe. Crime Stoppers doesn’t record calls or subscribe to any caller ID. All Crime Stoppers information is kept confidential.