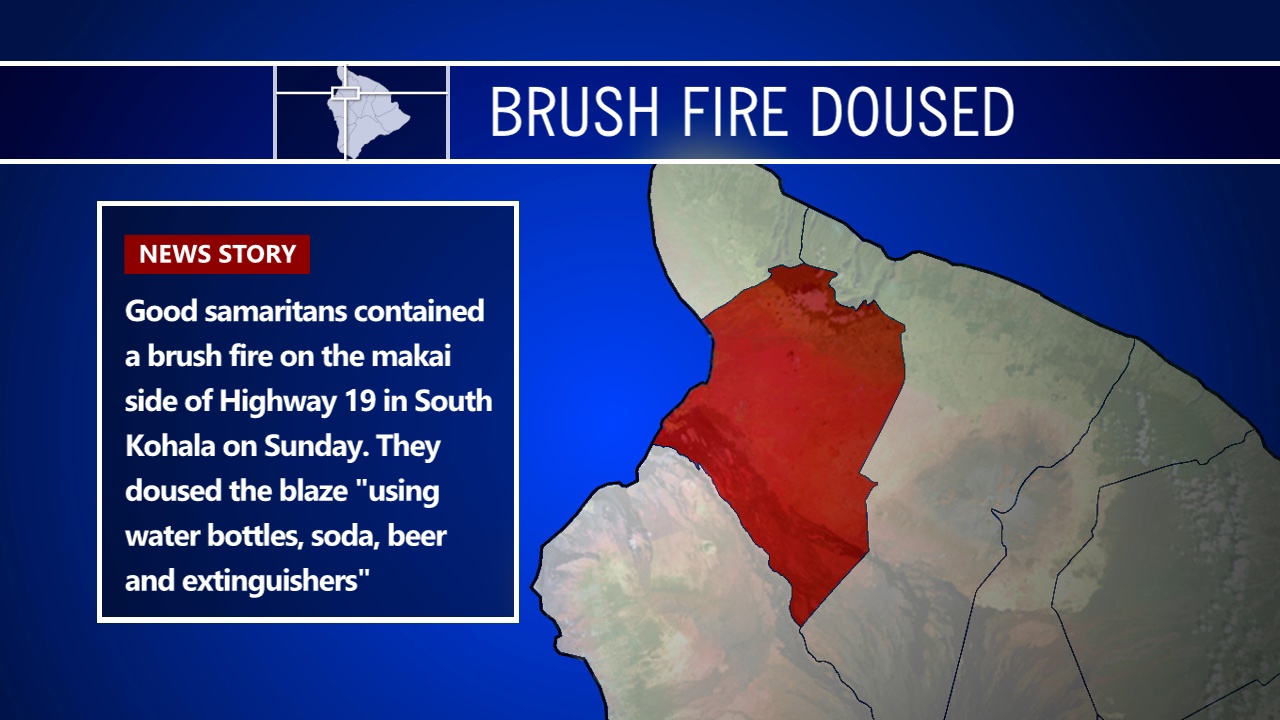 Good Samaritans Douse Brushfire With Soda & Beer, Save The Day

SOUTH KOHALA, Hawaii - With the very strong winds, firefighters say it could have easily been a run away brush fire that would have burned towards Wailea and Puako areas.

(BIVN) – A group of good samaritans managed to contain a small brush fire on the makai side of Highway 19 in South Kohala on Sunday.

The 200′ x 30′ wide brush fire was burning in grasslands with kiawe trees, the fire department said, and could have become a big problem.

“Had the good samaritans not contained the fire prior to HFD units arriving, this could have easily been a run away brush fire with the very strong winds, that would have burned towards Wailea and Puako areas,” a fire department release stated.

The winds were blowing a 25 to 40 mph yesterday. There was a Wind Advisory in effect.

Hawaii County Fire units wet down and foamed the area on arrival.