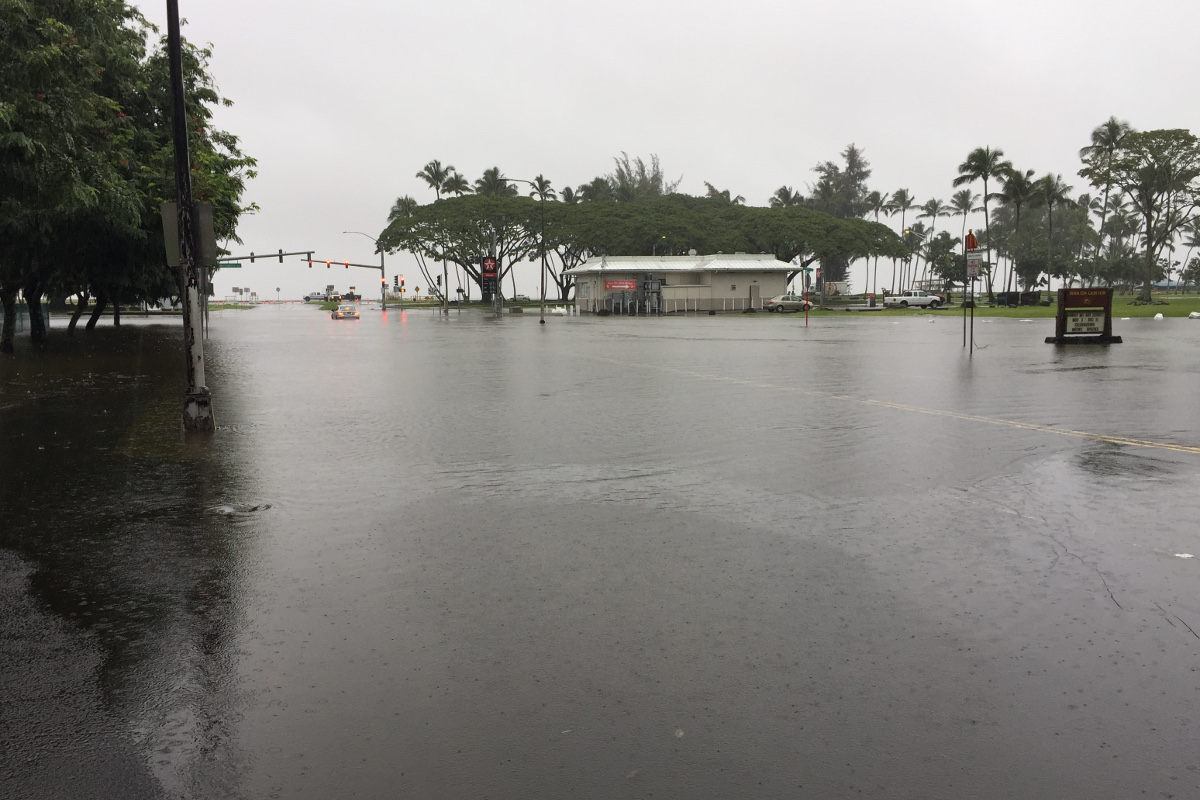 Pauahi Street was closed between Aupuni Street and Kamehameha Avenue.

UPDATE (12:40 p.m.) – A Flash Flood Warning was issued for parts of Hawaii County until 2:45 p.m. HST. The National Weather Service said that at 11:48 a.m. HST, “heavy rain continues to fall over the windward slopes of the Big Island. Recent rain bands have been affecting the lower elevations and are causing more significant flooding impacts to occur along the Hamakua, Hilo, and Puna areas of the island. Additional rainfall is expected to develop over the windward slopes through the day.”

(BIVN) – A Flood Advisory was in effect Thursday morning for all of East Hawaii, while a Flash Flood Watch remains posted for the entire Big Island.

Due to the road closures and heavy rain, civil defense says the following advisories are in effect:

Be aware that additional road closures may occur without notice, officials say.