HILO, Hawaii - The new "Attack Warning Signal" was heard up and down the shores of Keaukaha on Hawaii Island Friday during the monthly siren test. 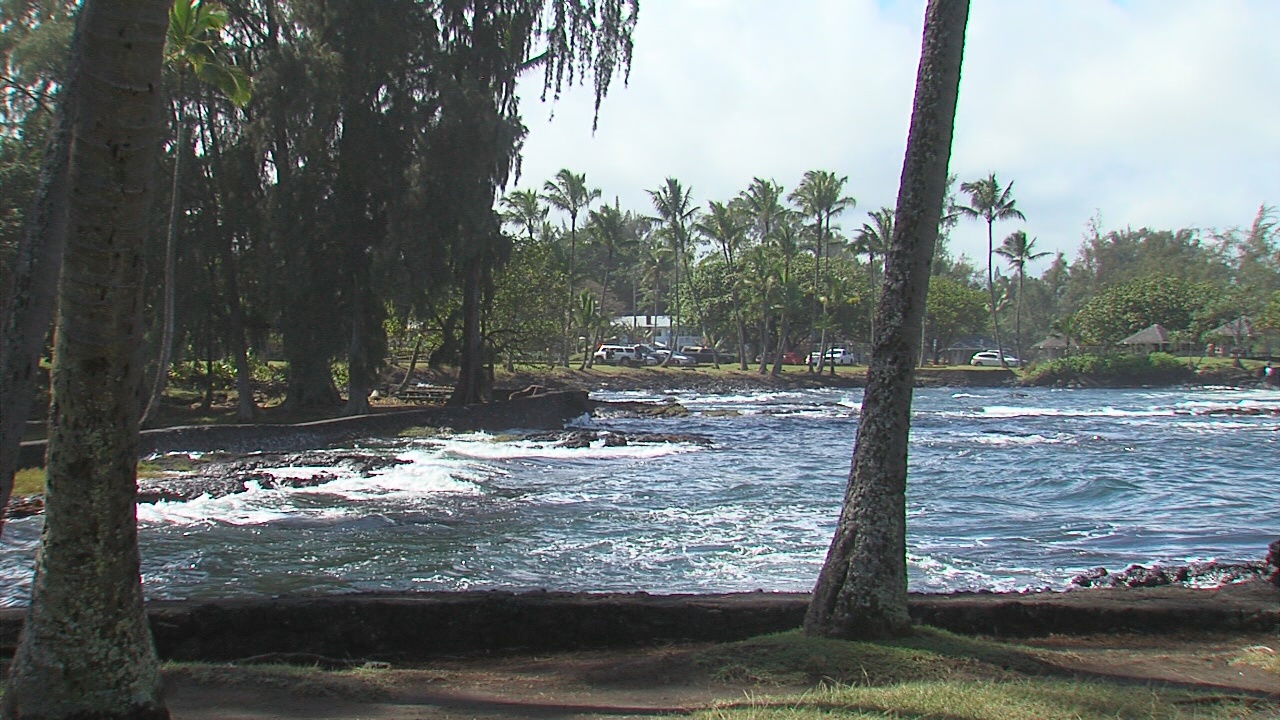 The Attack Warning Signal sounded in Keaukaha on Dec. 1, 2017. It was only a test.

(BIVN) – A new siren rang out across Hawaii on Friday just before noon.

For many, it was the first time hearing the Attack Warning Signal, reinstated from the Cold War era when the threat of nuclear attack was ingrained into the daily lives of Americans. It has been brought back due to concerns of a nuclear attack from North Korea – however unlikely it may seem – amid a time of escalated tensions between the Democratic People’s Republic of Korea and the United States.

The new tone followed the more familiar warning siren, which sounds during a threat of tsunami. The Statewide Outdoor Warning Siren System is tested monthly on the first day of the month, at 11:45 p.m.

The new sound was met with little worry in Keaukaha, where residents are used to hearing the monthly tests and were expecting to hear a new tone related to the Korean situation. The tourists, who at first glanced around with concern, took their cue from the locals and went about their day without panic.

Here is the message that was issued by Hawaii emergency officials in the days before today’s test:

HONOLULU — The State’s monthly test of the Statewide Outdoor Warning Siren System coordinated with the test of the Live Audio Broadcast segment of the Emergency Alert System, is scheduled for Friday, December 1, 2017 at 11:45 a.m.

The warning sirens are used to alert the public to emergencies. During this test, all warning sirens will sound a one-minute Attention Alert Signal (Steady Tone) followed by a one-minute Attack Warning Signal (Wailing Tone). This will be the first month for the reinstatement of the Attack Warning Signal testing. There will be no exercise or drill on this day.

The Attention Alert Signal informs residents to turn on a radio or television for information and instruction for an impending emergency, or if in a coastal inundation area, evacuate to higher grounds. The Attack Warning Signal directs residents to seek immediate shelter and remain sheltered in place until an all-clear message is broadcasted over radio or television.

Oahu residents in areas surrounding Campbell Industrial Park may also hear a “whooping” tone following the siren test. These areas include portions of Kalaeloa, Makakilo, Nanakuli, Kapolei, & Ewa Beach. The “whooping” tone is a test of the Hazardous Materials (HAZMAT) siren warning group that will be activated in the event of a HAZMAT incident. These sirens can be activated in the event of an actual HAZMAT incident requiring emergency notification of businesses, schools and residents within the vicinity of Campbell Industrial Park. Contact the City and County of Honolulu Department of Emergency Management at (808) 723-8960 for more information on the HAZMAT warning group siren test.

Tests of the outdoor warning sirens and the Emergency Alert System are conducted simultaneously, normally on the first working day of the month, in cooperation with Hawaii’s broadcast industry. Emergency management and disaster preparedness information is located at the front section of telephone directories in all counties.