HAWAII VOLCANOES NATIONAL PARK - A webcam recently recorded a rockfall at the summit lava lake that caused an explosion, hurling spatter far from the crater. 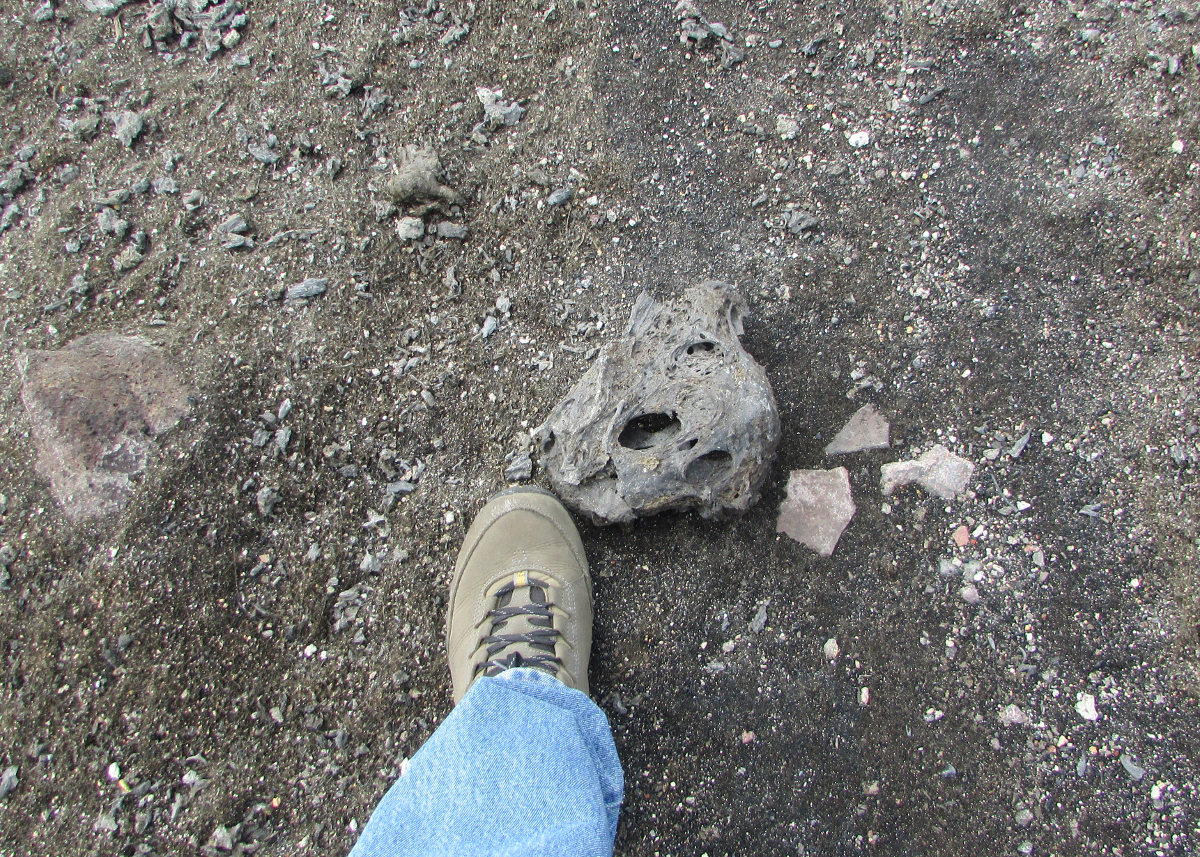 (USGS) The boot of an HVO scientist next to a spatter fragment. The scientist entered the area to check on HVO’s webcameras.

(BIVN) – Earlier on the same day the U.S. Senate failed to approve a resolution to keep the government open, an explosive event occurred at Kilauea, underscoring the need to keep an eye on the volcano despite the lapse in federal funding.

On occasion, the summit of the volcano goes through an explosive event, like it did on the morning of January 19. The USGS Hawaiian Volcano Observatory continues to monitor Hawaii’s volcanoes, even during the federal government shutdown.

A webcam video recorded a rockfall at the summit lava lake at 7:03 a.m. HST that caused an explosion, hurling spatter far from the crater. The rockfall agitated the lava lake surface and caused it to “slosh” back-and-forth for at least 15 minutes following the collapse.

The collapse was followed by a smaller rockfall at 7:07 a.m. (not shown in the above video). “Explosive events triggered by rockfalls, like those this morning, occur with no warning and are one of the reasons why the Halema‘uma‘u crater rim area remains closed to the public,” scientists said. “Fallout from today’s explosion would have resulted in serious injury to anyone on the impacted crater rim.”

“Spatter up to about 30 cm (11.8 in) in size was hurled onto the rim of Halema‘uma‘u during today’s explosive events,” wrote USGS on its website. “Some fragments were thrown or blown farther downwind, reaching as far as the closed section of Crater Rim Drive in Hawai‘i Volcanoes National Park.” 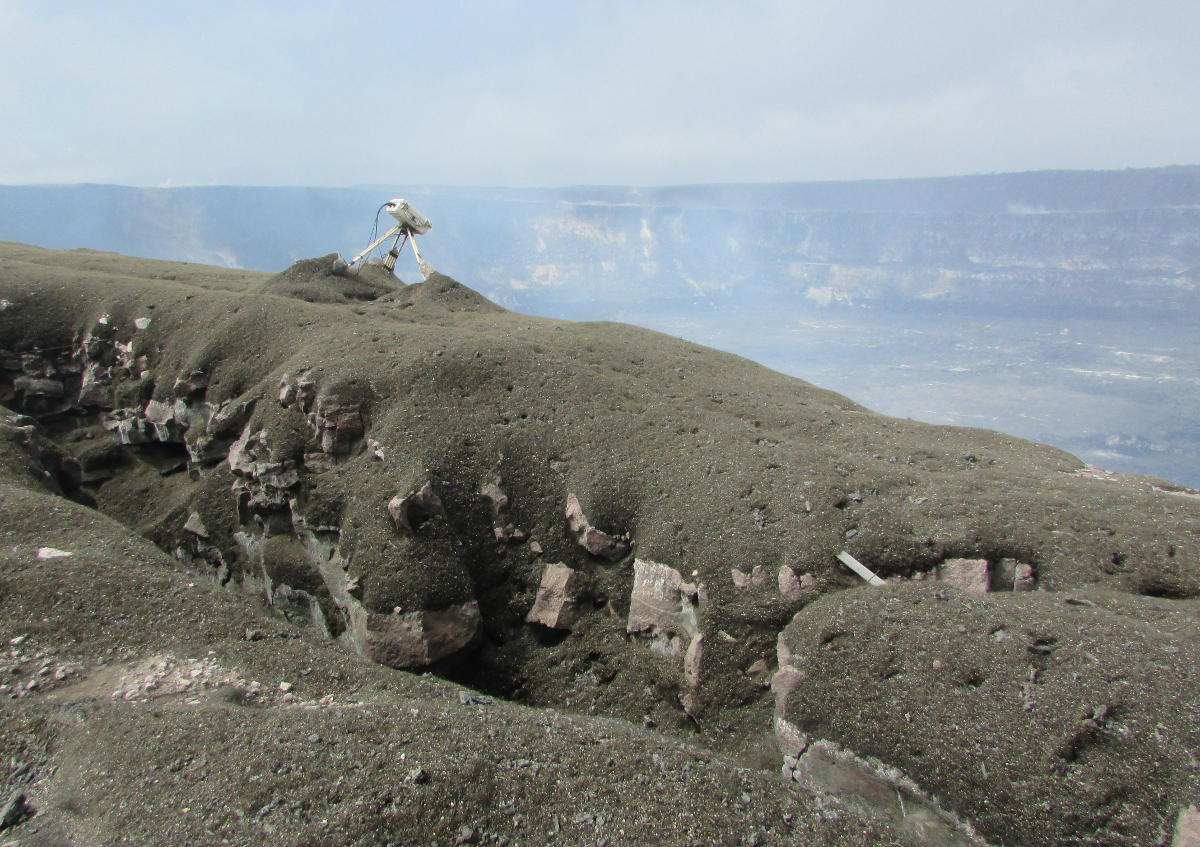 USGS photo of HVO’s thermal camera that survived the explosion.

Scientists also provided this context to go with the photo of the thermal cam above:

“Dimples” in the Pele’s hair that has accumulated on the rim of Halema‘uma‘u are evidence of ballistic impacts during today’s rockfall-triggered explosion in Kīlauea Volcano’s summit lava lake. Spatter (fragments of molten lava) blasted from the lava lake landed all around HVO’s thermal camera (HTcam) that monitors lake activity. Fortunately, the camera escaped damage, so thermal images of the lava lake can still be viewed on HVO’s webcam page.

USGS HVO Scientist-in-charge Tine Neal says there will be no lapse in monitoring, even though most of Hawai‘i Volcanoes National Park is closed.