HILO, Hawaii - Over a thousand participants marched from Queen Liliu'okalani Gardens to the Mo'oheau Bandstand on Saturday, where they rallied like they did one year ago. 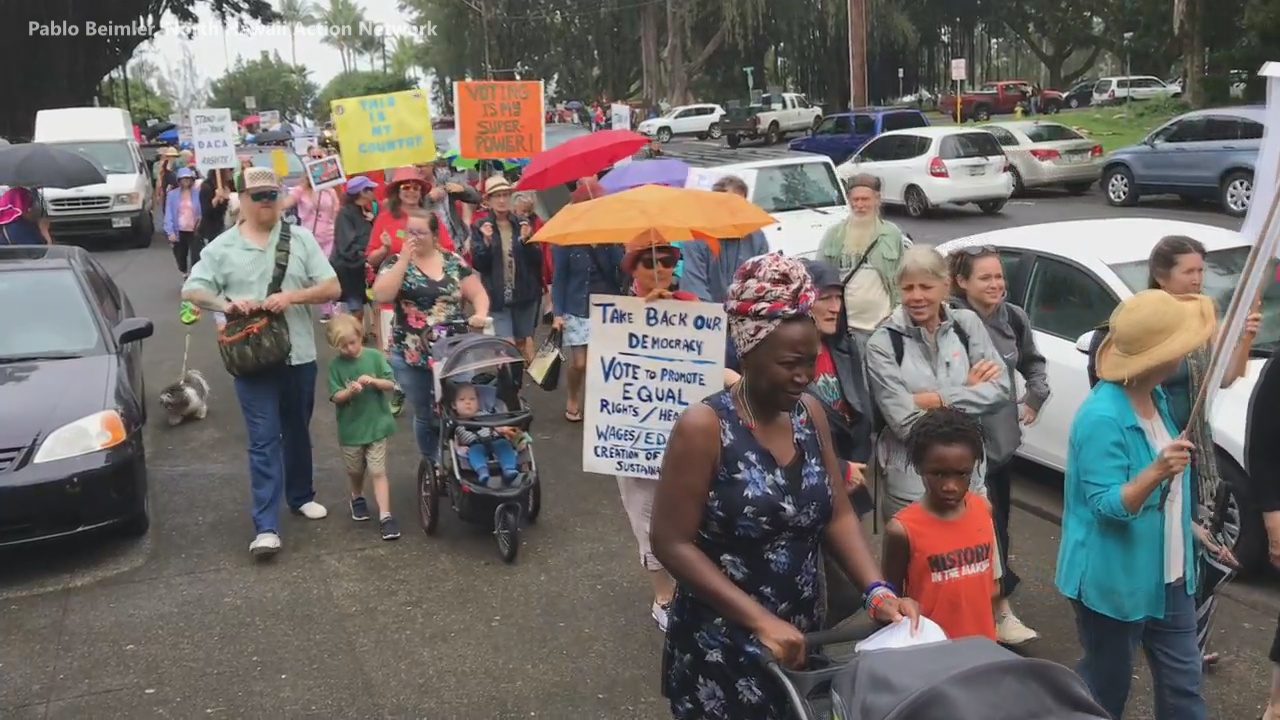 (BIVN) – Over a thousand took to the street in Hilo on Saturday for the 2018 Women’s March.

The federal government shutdown was not the sort of event that the Trump administration wanted to mark their first full year in office. But it seemed to embolden the participants in this weekend’s nation-wide Women’s Marches – including the gatherings on Hawaii Island.

On Saturday in Hilo, they marched from Queen Liliu’okalani Gardens to the Mo’oheau Bandstand, where the rallied like they did one year ago. 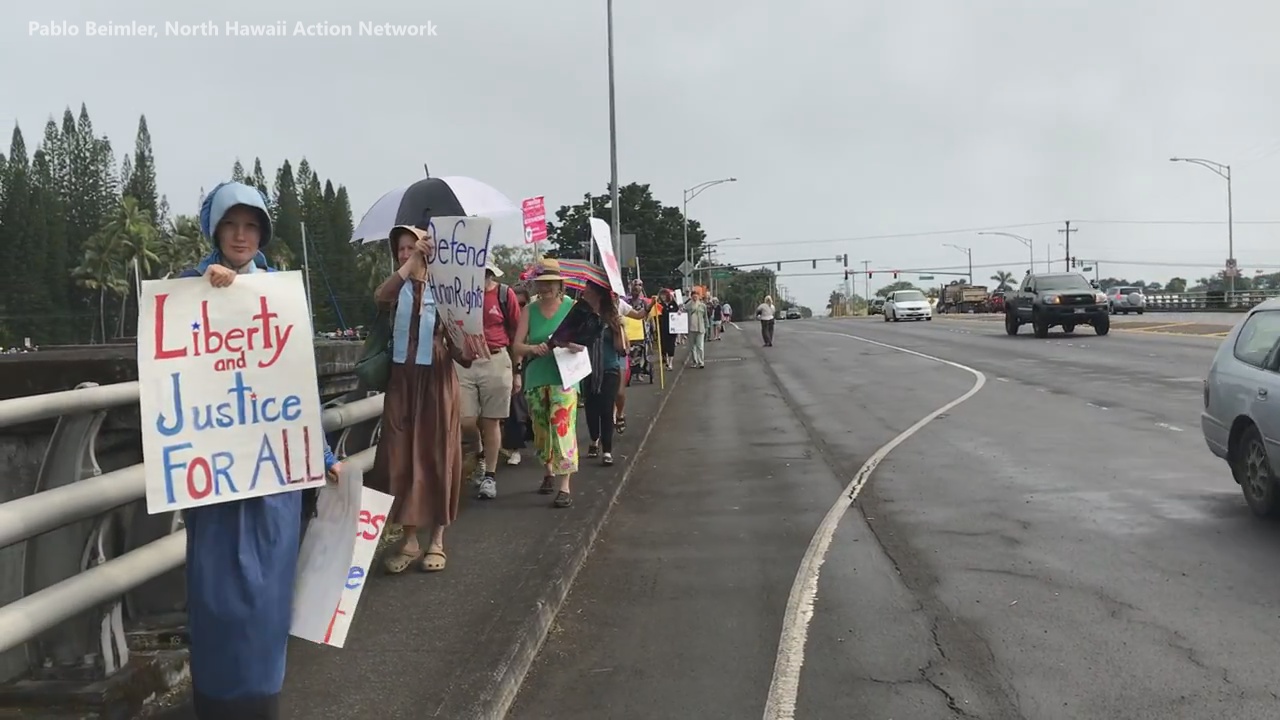 Shook was also present for a similar event in Kona on Sunday. We will have video coverage of that event, as well.